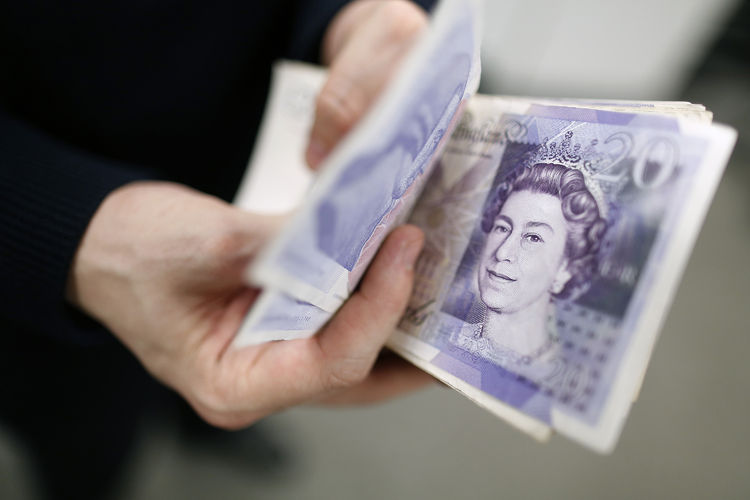 The pound is making history as the U.K. looks destined for Brexit.

Sterling slid by the most on record against the dollar, and reached its weakest level since 1985, as the British Broadcasting Corp. projected a victory for the “Leave” campaign in the nation’s European Union referendum. U.K. stock index futures fell and bank shares tumbled.

“I got into this business in 1980 and I’ve never seen an evening like this one,” said Chuck Self, chief investment officer of iSectors LLC. “This kind of thing happens once in a lifetime.”

The more than 10 percent plunge on Friday leaves the currency on course for its worst day on record, and compares with the 4.1 percent drop on 1992’s Black Wednesday, when the pound was forced out of Europe’s exchange-rate mechanism — the previous biggest daily drop.

“There are certain days you never forget and this will be one of them,” David Bloom, London-based head of global currency strategy at HSBC Holdings Plc. “Everyone is all over the place, it’s been a roller coaster.”

The pound has fluctuated vigorously since the start of the campaign in February, acting as a barometer for sentiment and reflecting the side of the debate in the lead. Swings since polls have closed has been even more dramatic. The currency earlier climbed above $1.50 for the first time since December after a nationwide YouGov Plc survey conducted on the day of the vote showed a 52 percent share for the status quo.

The NGN Project had discribed AbokiFX.com and its owner has criminals ‘committing crimes against the Nigerian state’. Below is a copy of the email sent to publishers.