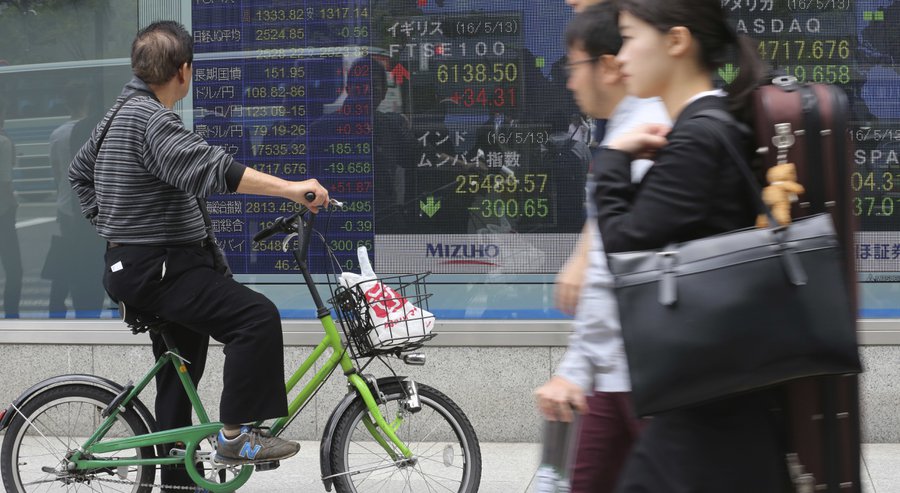 Asian stocks recovered slightly from a near three-week low on Wednesday as markets digest MSCI’s decision not to include domestic Chinese equities in its indexes.

Mainland Chinese shares, among Asia’s worst performers this year, were mixed while Hong Kong slid, as markets, which had expected Chinese A-shares to be included in the emerging market index, considered the announcement.

MSCI in its decision said Beijing had more work to do in liberalising capital markets, and said it wanted more time to assess the effectiveness of the Qualified Foreign Institutional Investor (QFII) quota allocation scheme and capital mobility policy changes.

MSCI said it would consider China A shares’ inclusion as part of its 2017 review and didn’t rule out a potential off-cycle announcement should further positive developments occur ahead of June 2017.

“We agree there is room for improvement in the regulatory environment and in corporate governance in the A-share market,” Steven Sun, head of China and Hong Kong equity research at HSBC, wrote in a note.

“However, we believe it is moving in the right direction…We still think inclusion is probable (possibly by year-end).”

The Chinese central bank set the yuan midpoint rate at 6.6001, the lowest level against the dollar since January 2011. It eased to 6.6020 per dollar on the open, and was last trading slightly higher at 6.5978.

The offshore yuan rose to 6.6071 after earlier falling to 6.6152 to the dollar, its weakest level since early February as worries about China’s economy deepened after data showed growth in China’s fixed-asset investment slowed to a 15-year low.

European shares were under more pressure, with Britain’s FTSE falling 2.0 percent to a 3 1/2-month low on fears disruptions from leaving the political and economic union could harm the UK economy, possibly sending it into a recession.

“The economic impact would occur over months and years, not immediately. But financial markets are constantly trying to look forward and discount what’s going to happen,” said Michael Metcalfe, head of global macro strategy at State Street Global Markets based in London.

“But I think the real question will become political – that a large country has decided to leave the EU,” he added.

Worries that Brexit will deal a significant blow to the integration of Europe have helped to push up borrowing costs of European countries with weak credit ratings.

The gap between 10-year Portuguese bond yields and German peers rose to 337 basis points, its widest since February. The spread for Italian and Spanish debt also rose to levels not seen since February.

Investors instead flocked to the safety of German bunds, whose yield fell below zero for the first time in history on Tuesday.

The British pound struggled near its two-month low against the dollar touched on Tuesday. It last stood at $1.4136, close to Tuesday’s low of $1.4091.

Fed funds futures show investors see almost no chance of the Fed raising U.S. interest rates on Wednesday after the dismal U.S. payrolls report for May.