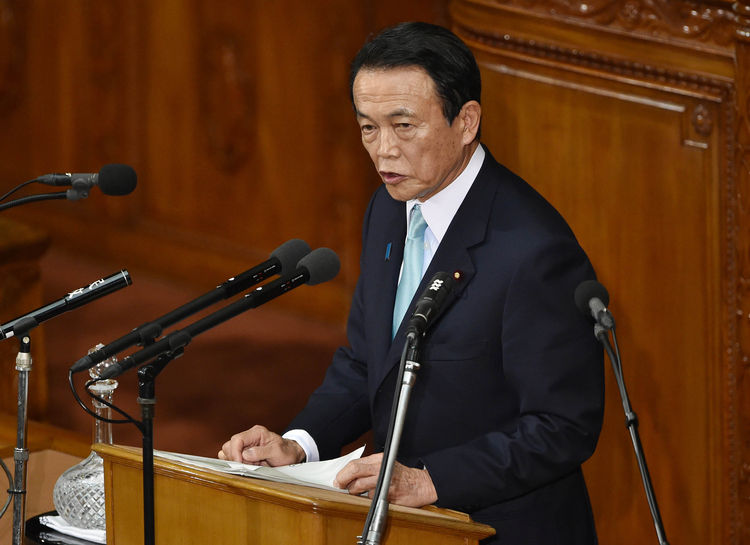 Japan’s Finance Minister Taro Aso on Monday commented on the strength of the yen and its impact on the Japanese economy.

In his words, “Recent yen gains have various impacts on exports, economic and fiscal policies and Japan’s position is that this isn’t desirable.”

“It’s natural that Japan has means to intervene,” Aso says in parliament in Tokyo.

Recent comments from both Finance Minister and Governor Kuroda have not had any slowdown effect on the currency, even though the strong yen threatens Japanese exports and gradually weakening business confidence after trading at the levels last seen in October 2014 before BOJ increased its quantitative easing program.

The minister said the agreement of G20 doesn’t include the way Japan’s government carries out foreign exchange policy and that G20 nations agree that excessive moves in the markets are undesirable.

The yuan plunged the most in a week on Monday amid speculation the currency will depreciate against the dollar if the Fed increase interest rates in June.

“As long as there is an expectation of yuan depreciating against the dollar, there will be a massive outflow of funds,” said Iris Pang, Hong Kong-based senior economist for greater China with Natixis Asia Ltd. “As long as channels under the capital account are still semi-closed, trade will remain a shadow channel for funds outflows.”

On Saturday, People’s Bank of China said its currency reserves increased by $7.089 billion dollars in April to $3.22 trillion. Only for investors to start moving money out on Monday to protect their gains.

According to China Foreign Exchange Trade System prices, the yuan fell 0.21 percent to 6.5041 a dollar as of 11:17 a.m. in Shanghai. A gauge of dollar strength climbed for the fifth day, bringing its total gains to 1.8 percent.