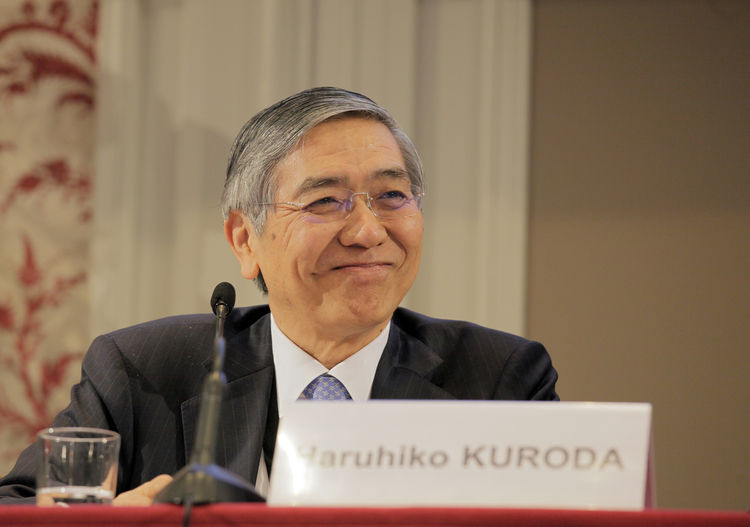 Bank of Japan’s governor Haruhiko Kuroda once again surprises the market by doing nothing, even after analysts have forecast a move by the institution to weaken the yen while stimulating the economy with additional QE. The governor said the apex bank need more time to see the effects of the negative interest rate policy it implemented in February.

“At this meeting, we judged that it was suitable to look more closely at the extent to which the effects of our policies are sinking in,” Kuroda said.

However, the governor said the central bank won’t hesitate to act if market volatility threatens its efforts to beat deflation.

With Japan’s economy struggling to break out of the current situation after consumer prices have dropped in March by the most since 2013 and company profits getting hurt by the stronger yen, officials are saying that the apex bank success in bringing down borrowing costs will spur lending rate. The more reason BOJ is monitoring the situation before further actions.

“There’s typically a lag in terms of response to that sort of easing,” said Cameron Duncan, Sydney-based co-head of income strategies at Shaw and Partners, which manages about A$10 billion ($7.6 billion). “It’s the Bank of Japan and they’re pretty conservative and they are still waiting to see what the impact of that is.”

Other investors have said they wanted the BOJ to act.

“I’m very disappointed. I wanted the BOJ to do something and the BOJ should have done something,” said Masaru Hamasaki, head of the investment information department at Amundi Japan Ltd. “Kuroda has created mostly positive surprises so far, but this time it’s negative. The BOJ hasn’t been on the same wavelength as markets this year.”

On Thursday, the BOJ kept its asset purchase program at $718 billion a year, a measure to stimulate growth and inflation. The board voted 8-1 in favor of maintaining current program.

In addition, the board voted 7-2 to stay with the negative rate charged on commercial-bank deposits.