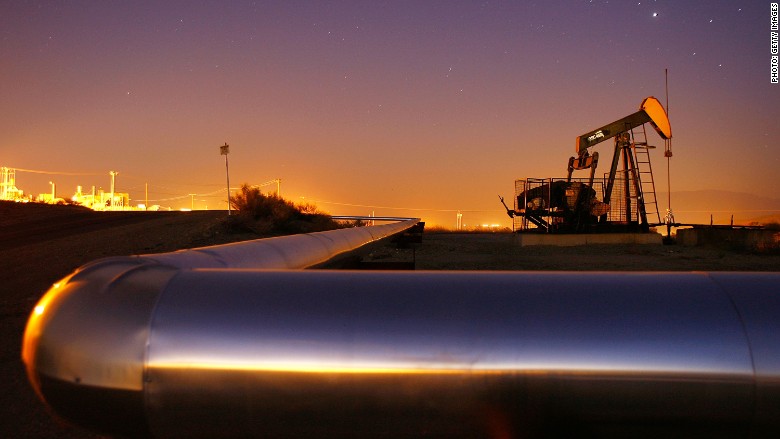 Oil prices jumped on Monday, extending a rally that has lifted crude benchmarks by more than a third from this year’s lows, as tightening supply and an improving global outlook strengthened the sentiment for a market recovery.

Front-month Brent LCOc1 crude futures were trading at $39.49 per barrel at 0400 GMT, up 77 cents or 2 percent from their last settlement. That is up more than a third from a low hit in January, when prices fell to levels not seen since 2003.

U.S. West Texas Intermediate (WTI) futures were trading at $36.63 a barrel, up 71 cents from the last close and 40 percent above lows touched in February.

“It looks at this stage as if it (oil) has formed a little bit of a bottom and perhaps we’re going to see a sustained price in the $30s, maybe trending back up to $40 dollars at some point,” said Ben Le Brun, market analyst at OptionsXpress.

Le Brun said an improved economic outlook was pushing prices: “The macro picture takes all corners of the globe into account, and those corners seem to be improving … and that’s where I’m seeing the oil price tick higher.”

Analysts said that strong U.S. payroll data had pushed markets on Friday and early Monday, but that attention was now shifting to Asia.

Morgan Stanley said on Monday that China’s parliament, the National People’s Congress, which opens its annual session this week listed “to ease market barriers for transport, oil, and gas” among key policy targets this year.

On the supply side, U.S. energy firms cut oil rigs for an 11th week in a row to the lowest level since December 2009, data showed on Friday, as producers slash costs.

Beyond a tightening supply outlook, traders said a shift in sentiment was also lifting prices as they shut down short positions and abandoned bets on further falls in prices.

Trading data shows that the number of managed short positions on WTI contracts – which would benefit from lower prices – have fallen more than a quarter since mid-February, with many new long positions betting on rising prices being opened.

Ric Spooner, chief market analyst at CMC Markets said “there’s a good prospect that Brent could hit $40 … (it) could easily do it in the next trading session.”