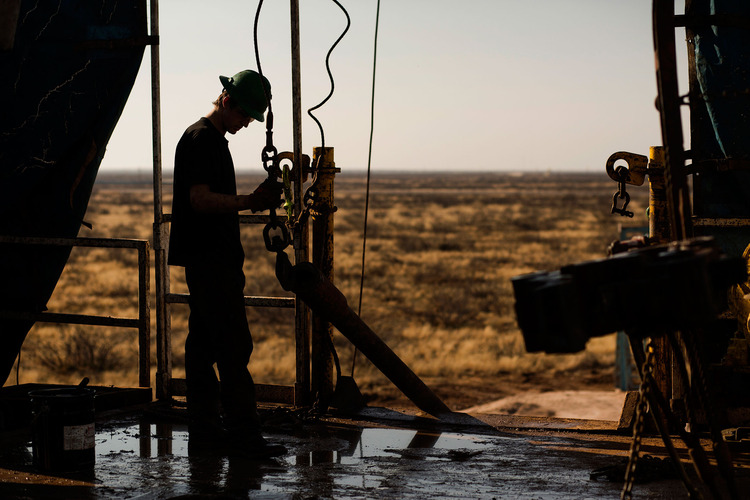 Oil tumbled after the Iranian Oil Minister said that an agreement by Saudi Arabia and Russia last week for oil producers to freeze output was “ridiculous.”

“Zanganeh and Naimi have managed to deflate traders’ expectations that there would be an agreement to cut production anytime soon,” said Michael Lynch, president of Strategic Energy & Economic Research in Winchester, Massachusetts. “There’s a lot of hard bargaining and additional economic pain that’s going to have to occur before an agreement is reached.”

Oil is down about 14 percent this year on speculation a global glut will persist amid the outlook for increased exports from Iran and brimming U.S. stockpiles. Iran will add more output capacity than any other member of the Organization of Petroleum Exporting Countries over the next six years as it seeks to regain lost market share after the removal of sanctions, according to the International Energy Agency.

West Texas Intermediate for April delivery slipped $1.52 to close at $31.87 a barrel on the New York Mercantile Exchange. It was the biggest decline Feb. 9. The March contract rose $1.84 to expire at $31.48 Monday, the highest for front-month prices since Feb. 4.

Brent for April settlement dropped $1.42, or 4.1 percent, to $33.27 a barrel on the London-based ICE Futures Europe exchange. The European benchmark crude closed at a $1.40 premium to WTI.

“Not many countries are going to deliver” even if they promise supply curbs, al-Naimi said. An accord last week to freeze the oil production of Saudi Arabia, Russia, Qatar and Venezuela at January levels is “not like cutting production, that’s not going to happen.”

Instead, high-cost producers will have to “lower costs, borrow or liquidate” to cope with the slump in oil prices, al-Naimi said, adding that he doesn’t know when the current rout will end. This is a “more efficient” way for the market to rebalance than cuts by low-cost producers like Saudi Arabia, which would only delay the “inevitable reckoning” needed for supply and demand to realign, he said.

“It’s hard enough getting two people to agree, much less a large number of competing countries,” said Michael Corcelli, chief investment officer of hedge fund Alexander Alternative Capital LLC in Miami. “Any deal that can be agreed to would be questionable because of the lack of trust.”

Oil has slumped more than 50 percent since Saudi Arabia led OPEC’s decision in November 2014 to maintain output and defend market share against higher-cost U.S. shale producers. The resilience of the shale sector and increase in Russian production to post-Soviet highs helped expand the global glut.

“U.S. shale output is going to decline,” said Sarah Emerson, managing director of ESAI Energy Inc., a consulting company in Wakefield, Massachusetts. “Everyone seems to think it will happen tomorrow, but it takes time. It has already started and later this year production will be considerably lower.”

Global oil stockpiles will keep accumulating into 2017 as supply continues to exceed demand, capping any price recovery, the IEA said in its medium-term report on Monday.

U.S. inventories probably expanded 3.25 million barrels from the highest level in more than eight decades, according to a Bloomberg survey before government data on Wednesday. Supplies of gasoline and distillate fuel, a category that includes diesel and heating oil, fell, the analysts said.

Pound Falls Most in One Month as Johnson Backs ‘Brexit’ Campaign