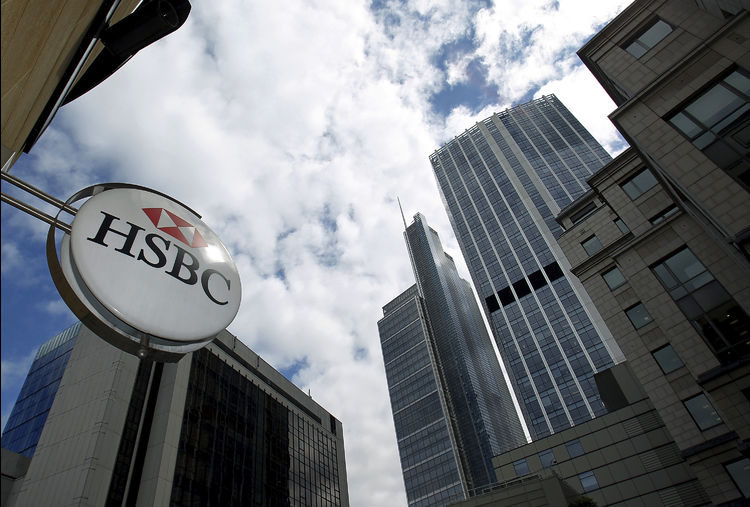 Chief executive officers from HSBC Holdings Plc to Goldman Sachs International were among the business leaders to endorse Prime Minister David Cameron’s campaign to keep Britain in the European Union.

Bankers appeared more eager to back Cameron than representatives of other industries, with only 36 of the U.K.’s 100 biggest companies publicly endorsing the statement that “leaving the EU would deter investment, threaten jobs and put the economy at risk.” Grocery chains J. Sainsbury Plc and Tesco Plc were among those not included.

The publication of the letter comes four months to the day until a referendum on so-called Brexit, as Cameron prepares to intensify his campaign after making risks to the economy a central plank of his case for remaining in the EU.

The pound continued its drop against its developed-nation peers on Tuesday following the decision by London Mayor Boris Johnson, Britain’s most popular politician, to support withdrawal from the EU, setting the stage for a heated campaign.

In their letter, the executives said that business needs “unrestricted access to the European market of 500 million people in order to continue to grow, invest and create jobs.”
The signatories, including bosses from Marks and Spencer Group Plc, Vodafone Group Plc and Heathrow Airport Ltd., employ 1.2 million people and represent about 200 companies, the Times said.

“A vote to remain offers the best of both worlds — it secures our place as a powerhouse in the global economy, while remaining in the world’s largest free trade zone,” John Holland-Kaye, the CEO of Heathrow, said in a separate statement on Tuesday.

Perhaps worried about alienating consumers, pay-television provider Sky Plc joined Tesco and Sainsbury in not endorsing the letter. The referendum is “a matter for the British people,” Sainsbury said in a statement on Monday.

Barclays said in a statement that, while it didn’t sign up to the letter as it’s against the bank’s policy, “on balance we think it is in the interests of our customers and clients” to stay in the EU.

The financial industry is more likely to be worried about life outside the EU than other business sectors given an exit would jeopardize the so-called passporting arrangements which allow firms to operate from the U.K. without needing a separate subsidiary on the continent.

In an interview with Bloomberg News published on Tuesday, ING Groep NV Chief Executive Officer Ralph Hamers said the Dutch lender would probably follow other major banks in reducing its London staffing levels if the U.K. left the EU. HSBC has already said it would probably relocate about 1,000 investment bankers to Paris.

“If some of the mega banks, the markets banks, leave London, we will go with the flow,” Hamers said. “Either the circus of the financial markets is located in London or it’s going to be somewhere else.”

Cameron warned lawmakers on Monday that the economy would suffer if the U.K. left the EU and it would be less secure against threats from Russia and terrorism.

The opposition Labour Party will on Tuesday intensify its own push to stay in the EU with former minister Alan Johnson using a speech in western England to argue manufacturing jobs would be threatened by “Brexit.”

“For U.K. manufacturing jobs, our EU membership is absolutely critical — two-thirds of British jobs in manufacturing are dependent on demand from Europe,” Johnson will say, according to his office.

The latest opinion poll, from ICM, showed 42 percent of respondents in favor of staying in the bloc, with 40 percent opposed and 17 percent undecided. The online survey of 2,021 voters was conducted almost entirely before Johnson’s announcement. A Survation poll carried out Saturday showed a 15 percentage-point lead for staying in. That’s in line with other recent phone surveys, which have consistently shown big leads for the status quo, while more frequent online polling has been inconclusive.