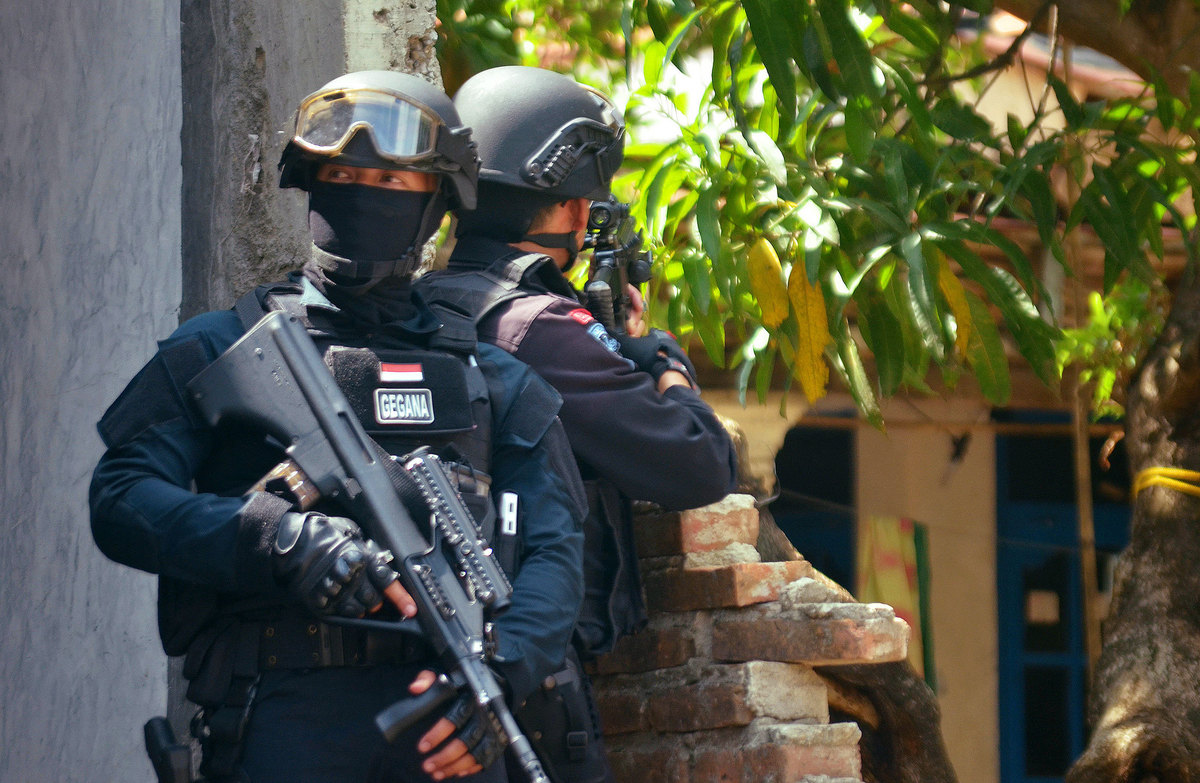 Indonesian police have arrested 12 suspected terrorists since the deadly attack in Jakarta on Thursday, one of whom had received fund transfers from Islamic State, said the country’s top police officer.

The money was sent via Bahrun Na’im, an Indonesian militant who is believed to be heading an IS brigade of Indonesians in Syria, National Police Chief Badrodin Haiti said at a press conference in Jakarta that was broadcast live on Kompas TV. The sum was “quite significant” and was transferred in stages, he said. Indonesians returning from the Middle East who are suspected to have joined IS will be denied entry, Haiti said

Two civilians and five attackers were killed in the assault on a Starbucks cafe and a police post in the Indonesian capital. While unsophisticated, it was the first in Southeast Asia to be directed or inspired by IS and followed months of warnings by security officials that its members posed a threat to the region.

No attackers managed to escape the scene on Thursday, the Kompas news website reported, citing Coordinating Minister of Security Affairs Luhut Panjaitan. The five terrorists that were killed have been identified, M. Iqbal, a spokesman for the Jakarta police, said at the media briefing. They were Sugito, Dian Joni Kurniadi, Ahmad Muhazin, Muhammad Ali and Afif, also known as Sunakim. It’s common for Indonesians to have just one name.

For Indonesia, which has more Muslims than any other nation, Thursday’s attack was a grim reminder of the resilience of a radical fringe that has existed since independence. In the 2000s, militants linked up with al-Qaeda to carry out a string of attacks, the last in Jakarta in 2009 on luxury hotels, but have been under pressure from a concerted crackdown by security forces.

Police shot dead an alleged terrorist in Poso, Central Sulawesi, after a three-hour gun fight on Friday, the Antara news agency reported. A militant called Santoso, who has sworn an oath to IS, is believed to be hiding near Poso. It’s suspected there was a relationship between the Jakarta attack and the person killed in Poso, who was a member of the Santoso group, Haiti said on Saturday.

The 12 suspects had been arrested in West Java, Central Java and East Kalimantan and had a variety of weapons , Haiti said.