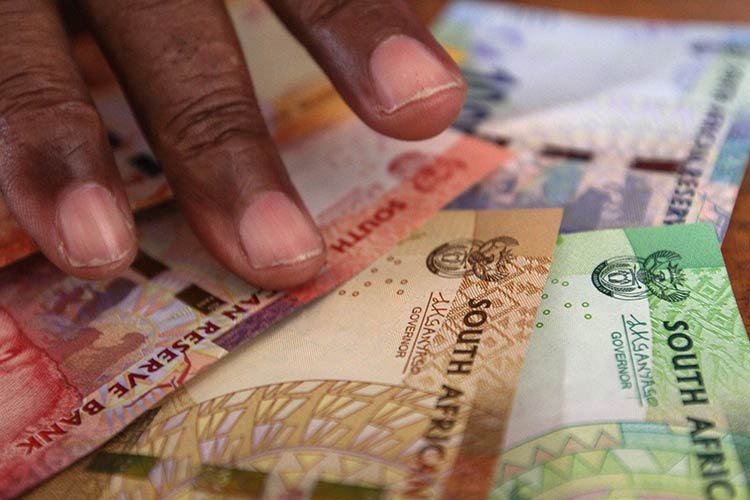 South Africa is moving closer to a recession and possible credit-rating downgrade to junk after the rand collapsed and as investors lose faith in the ability of President Jacob Zuma’s government to stem the slide.

The currency of Africa’s second-largest economy crashed to a new record low of 17.9169 against the dollar early on Monday as market turmoil in China and a drop in U.S. stocks deterred risk-taking. The 9.9 percent slump in the rand was the most since 2008 and the biggest of emerging-market and major currencies tracked by Bloomberg.

Policy makers are running out of options on how to ease the crisis. Rising inflation risks stemming from the rand may force the central bank to take more aggressive action in tightening policy at a time when the economy is barely growing. Worsening debt levels and the threat of credit-rating downgrades mean Finance Minister Pravin Gordhan has limited room to veer from his budget targets by boosting spending.

“With large parts of the economy already in recession, it looks like a certainty” that the economy will contract, George Herman, head of South African investments at Citadel Investment Services, said by phone from Cape Town on Monday.

“I have no doubt in my mind that we will be downgraded to sub-investment grade,” he said. “The reality is that our fundamentals, which were already under pressure last year, have now been pushed over the tipping point by the dramatic weakening of the exchange rate.”

While South Africa’s economy narrowly avoided a recession in the third quarter, growth has been under pressure because of electricity shortages, weak global demand, plunging metal prices and drought.

“The big problem is, now that we’re moving into this sub-investment grade environment, just how much can the Reserve Bank put through in terms of its rate hikes,” Matthew Sharratt, an economist at Bank of America Merrill Lynch in Cape Town, said by phone. “If you’re going to grow at 0.4 percent, the risk of fiscal consolidation being delayed further is exceptionally high.”

Standard & Poor’s cut the outlook on South Africa’s BBB- credit rating to negative from stable last month, indicating it may downgrade the nation’s debt to junk. Fitch Ratings Ltd. has an equivalent rating of BBB- with a stable outlook, while Moody’s Investors Service rates South African debt one level higher at Baa2 rating.