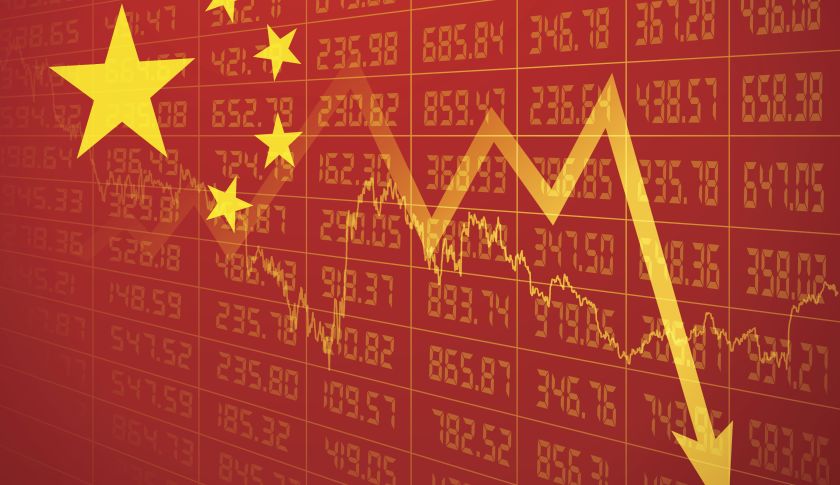 China moved to support its sinking stock market as state-controlled funds bought equities and the securities regulator signaled a selling ban on major investors will remain beyond this week’s expiration date, according to people familiar with the matter.

Government funds purchased local stocks on Tuesday after a 7 percent tumble in the CSI 300 Index on Monday triggered a market-wide trading halt, said the people, who asked not to be identified because the buying wasn’t publicly disclosed. The China Securities Regulatory Commission asked bourses verbally to tell listed companies that the six-month sales ban on major stockholders will remain valid beyond Jan. 8, the people said.

The moves show that policy makers, who took unprecedented measures to prop up stocks during a summer rout, are stepping in once again to combat a selloff that erased $590 billion of value in the worst-ever start to a year for the Chinese market. While the intervention may ease some selling pressure, it also undermines authorities’ pledge to give markets more sway in the world’s second-largest economy.

“The market has got some help from state funds and that will support shares in the short term,” said Wang Zheng, the Shanghai-based chief investment officer at Jingxi Investment Management Co. “However, in the long run, the market will need its own strength to hold up. It can’t always rely on the national team.”

China’s CSI 300 index fell 2.2 percent at 2:12 p.m. local time, after earlier rising as much as 1.4 percent. The gauge’s plunge on Monday triggered the nation’s circuit breakers on their first day in effect, dealing a blow to regulatory efforts to calm one of the world’s most volatile stock markets. Authorities are trying to prevent market turmoil from eroding confidence in an economy set to grow at its weakest annual pace since 1990.

The sales ban on major holders, introduced in July near the height of a $5 trillion crash, will stay in effect until the introduction of a new rule restricting sales, the people said. Listed companies were encouraged to issue statements saying they’re willing to halt such sales, they said.

Several firms did so this week. The controlling holder of Shenzhen-listed Zhejiang Century Huatong Group said in an exchange filing it wouldn’t sell shares on the secondary market for another year after its previous commitment expires in January. Changshu Tianyin Electromechanical Co., a maker of refrigerator-compressor parts, said its controlling holders won’t sell shares over the next nine months.

The regulatory ban, announced on July 8, applied to investors with holdings exceeding 5 percent in a single stock, along with corporate executives and directors. The restriction drew criticism at the time from foreign investors including Templeton Emerging Markets Group and UBS Wealth Management, who saw the intervention as a step too far. Goldman Sachs Group Inc. estimated the ban kept $185 billion of shares off the market.

Chinese policy makers used purchases by government-linked funds to prop up shares as the CSI 300 plunged as much as 43 percent over the summer. State funds probably spent $236 billion on equities in the three months through August, according to Goldman Sachs. The CSRC didn’t immediately respond to a faxed request for comment.

The CSI 300, which ended last year with a 5.6 percent advance, started 2016 with losses as investors anticipated an end to the sales ban and economic data signaled a continued contraction in the nation’s manufacturing sector. Trading on Tuesday was volatile, with the index swinging between gains and losses at least eight times.