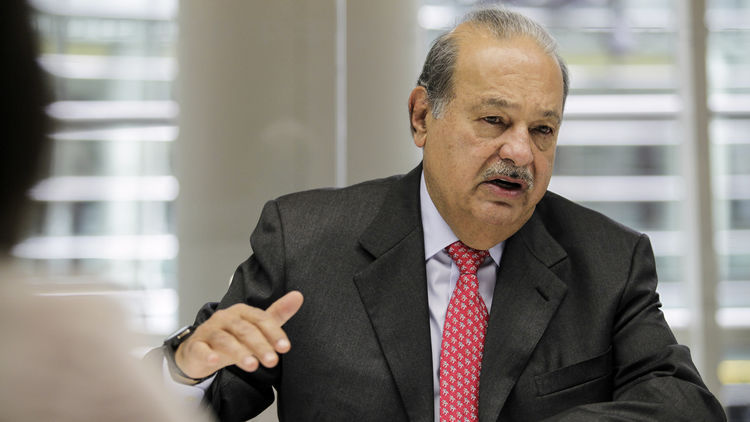 Carlos Slim had a tough year, the worst among the wealthiest people of the world.

Since the start of 2015, the Mexican executive lost almost $20 billion, or about the size of Honduras’s economy, according to the Bloomberg Billionaires Index. The shares of his America Movil SAB telecommunications giant are heading for their biggest decline since 2008. The company has suffered under regulatory pressures in Mexico, where it’s now forced to share the infrastructure that allowed it to dominate the mobile and fixed-line market for more than a decade.

Among conditions working against Mexico City-based America Movil are: a dismal outlook for Brazil’s economy, its second-biggest market; stronger competitors at home; and limited opportunities to expand in Europe. Slim, now the fifth-richest person in the world — down from third earlier this year — owns 57 percent of the company. The stock, down 18 percent this year, lost its long-held position as the most-weighted stock on Mexico’s benchmark index, making Slim the biggest loser among the world’s 400 wealthiest individuals.

“There really isn’t anything near-team to get investors excited so the focus has turned to the deteriorating profitability in the Mexican market,” Kevin Smithen, an analyst with Macquarie Securities USA Inc., said in an interview from New York. “You really need to see a more credible expansion strategy in Europe or evidence of a financial turnaround in Brazil” to boost stock prices.

The telecommunications company has relied on Brazil, Austria and the U.S. to expand, as regulation weakens the competitive advantage America Movil has enjoyed in Mexico, where it controls about 70 percent of all mobile phones and 62 percent of fixed lines. On top of that, AT&T Inc. bought two rival businesses in Mexico — NII Holdings Inc.’s Nextel Mexico business and Grupo Iusacell SA — pressuring prices and increasing the battle for users in its home market.

Mexico’s profit margin shrank to 40.3 percent in the last quarter from 44.8 percent a year earlier, based on earnings before interest, taxes, amortization and depreciation, and is estimated to fall again next year, according to a Credit Suisse Group AG report in December. While America Movil’s decision to spin off about 11,000 wireless towers for rent earlier this year is likely to lower debt, it’s small relative to the company’s size, according to the report.

“The change in telecom regulations in Mexico attracted competition, and now AT&T is investing heavily to create a strong mobile player in the country,” Credit Suisse analyst Daniel Federle said in the note. “Competition will get tougher in the following years.”