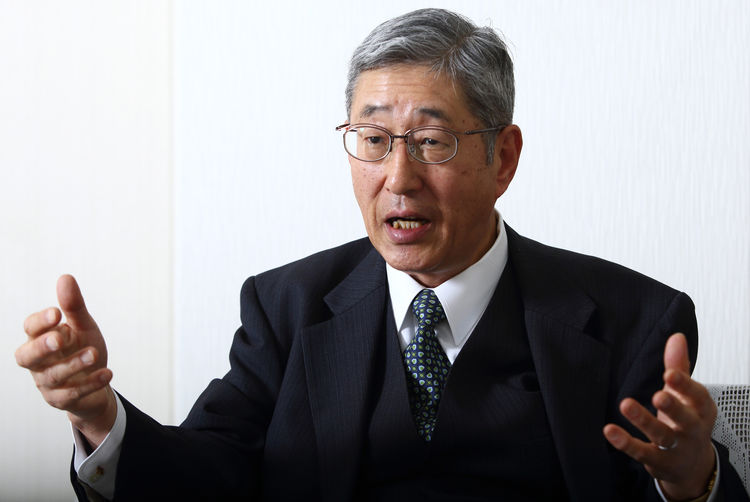 The world’s biggest pension fund posted its worst quarterly loss since at least 2008 after a global stock rout in August and September wiped $64 billion off the Japanese asset manager’s investments.

The 135.1 trillion yen ($1.1 trillion) Government Pension Investment Fund lost 5.6 percent last quarter as the value of its holdings declined by 7.9 trillion yen, according to documents released Monday in Tokyo. That’s the biggest percentage drop in comparable data starting from April 2008. The fund lost 8 trillion yen on its domestic and foreign equities and 241 billion yen on overseas debt, while Japanese bonds handed GPIF a 302 billion yen gain.

The loss was GPIF’s first since doubling its allocation to stocks and reducing debt last October, and highlights the risk of sharp short-term losses that come with the fund’s more aggressive investment style. Fund executives have argued that holding more shares and foreign assets is a better approach as Prime Minister Shinzo Abe seeks to spur inflation that would erode the purchasing power of bonds.

“Short term market moves lead to gains and losses, but over the 14 years since we started investing, the overall trend is upwards,” Hiroyuki Mitsuishi, a councilor at GPIF, said at a press conference in Tokyo. “Don’t evaluate the results over the short term, as looking over the long term is important.”

GPIF had 39 percent of its assets in Japanese debt at Sept. 30, and 21 percent in the nation’s equities, according to the statement. That compares with 38 percent and 23 percent three months earlier, respectively. The fund had 22 percent of its investments in foreign stocks at the end of September, and 14 percent in overseas bonds.

The fund can hedge its foreign-exchange risk if needed, Mitsuishi said, while declining to comment on whether GPIF had, or plans to start doing so.

GPIF’s 0.6 percent return on Japanese debt compares with an 0.9 percent advance on a Bloomberg gauge of the nation’s sovereign bonds during the period. The fund’s foreign debt investments lost 1.3 percent during the quarter, as the yen strengthened 2.2 percent.

GPIF hadn’t posted a quarterly loss since the three months through March 2014. The most recent results included returns from a portfolio of government bonds issued to finance a fiscal investment and loan program, with GPIF providing such figures since 2008. If those are stripped out, the drop was the fund’s third-worst on record, exceeded only by declines in the depths of the 2008 global financial crisis and the aftermath of the Sept. 11, 2001 terror attacks.

The Canada Pension Plan Investment Board delivered a 1.6 percent gain in the same period, with the fund’s President Mark Wiseman crediting diversification across assets and geographies for the result. It held about 51 percent of its portfolio in public and private equities, 29 percent in fixed income and about 20 percent in real estate and infrastructure investments.

“Compared to our past portfolio, swings in returns have become wider,” Mitsuishi said. “But in the long-term view, we see there’s less risk of failing to meet pension payouts with the new portfolio.”