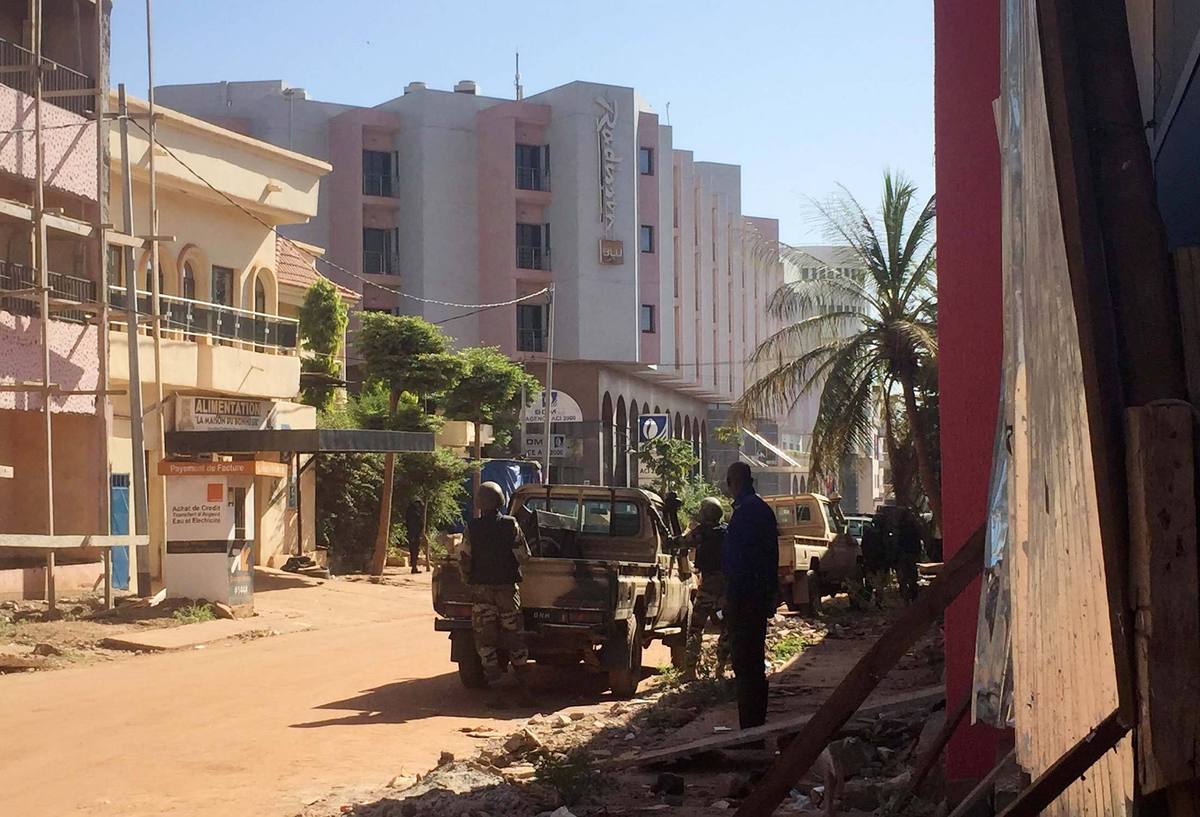 Two gunmen took 170 hostages during an attack at the Radisson Blu Hotel in the Malian capital of Bamako.

Those held inside the hotel include 140 guests and 30 employees, Rezidor Hotel Group, owner of the Radisson, said in a statement on its website. United Nations forces and Malian government troops are at the scene, UN spokesman Olivier Salgado said by phone from the capital. The French and U.S. embassies confirmed that the attack was underway.

“The attack is ongoing,” Salgado said. “What we know is that the gunmen are in the hotel and have automatic weapons.” The French embassy reported “explosions and gunshots” at the hotel and advised its citizens to remain at home.

Mali was plunged into violence after a military coup in March 2012 left a power vacuum that allowed Islamist militants to join with separatists and seize northern areas of the country. While French and UN forces pushed the militants out of most of those strongholds in 2013, the government is struggling to regain authority there.

Attackers loyal to Islamic State killed 129 people in a series of shootings and explosions in Paris on Nov. 13, in the worst atrocity in Europe in almost a decade.