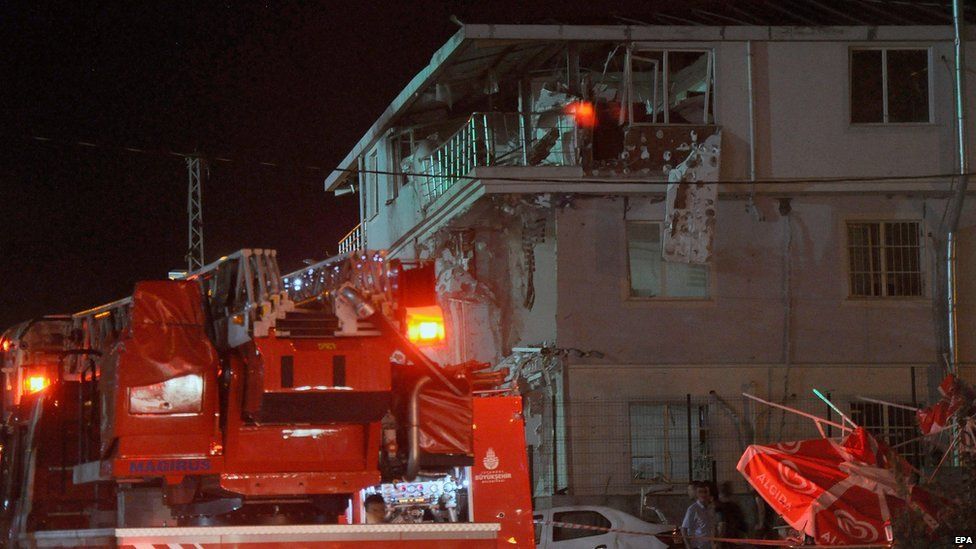 Report reaching us is that U.S consulate in Istanbul, Turkey have been attacked. Two attackers on Monday opened fire on the U.S consulate building in Istanbul and fled immediately when police fired back.

According to CNN there were no casualties, a local news, Cihan news agency said those involved in the attack on the building in Istanbul included one man and one woman.

Also, police said a vehicle contained explosives was used to attack a police station at Istanbul district of Sultanbeyli on Monday, three police officers and seven civilians were reportedly injured in the attack.

The female assailant who was wounded during the U.S consulate attack was later apprehended in an apartment nearby, the police said they are still searching for the second suspect.

It should be noted that Turkey has been in a heightened state of alert since it synchronized war on terror last month. Though U.S diplomatic missions in Turkey have been targeted in the past but this particular attack might have a lot to do with “air strikes against Islamic State fighters in Syria and Kurdish militants in northern Iraq, and the detention of hundreds of suspects at home”, as reported by Reuter.