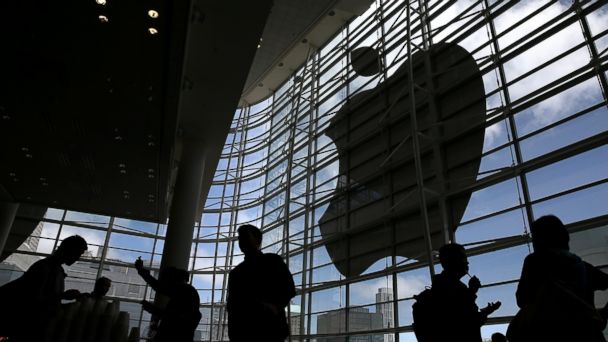 Apple Inc.’s IPhone shipments and revenue missed estimates for the third quarter (3Q). According to the report 47.5 million IPhone units was sold in the third quarter, below 48.8 million estimated by analysts. The net income for the third quarter was $10.7 billion ($1.85 a share), while $49.6 billion revenue was generated for the same quarter, an increase of 33 percent. Revenue from China came in double at $13.2 billion even amidst China economy struggle.

Apple refused to make public the numbers of Apple wrist watch sold so far, the share is falling and down 7 percent as at the time of writing. The company has forecast its fourth quarter revenue to be between of $49 billion to $51 billion.

Crude oil fell to $49 a barrel in Asia session and quickly retrace back to $50.90 during U.S market open, commodities drop to 13 years low in U.S. Gold dropped to a new low in years, touched 1071.73, the lowest in in 15 years. Many investors think Gold will eventually find its own price level but currently the precious metal is down 41 percent from $1800.

New Zealand Kiwi continue to rise against U.S dollar for the third consecutive day, the currency has gained 1.22 percent so far this week after reaching 0.64964 price level last week. If the current bullish is sustained after the official cash rate and RBNZ rate statement on Wednesday, it might just be establishing a support level at 0.64 price level, its lowest in 6 years.

The dollar weaken as Greece made good on its promise to pay part of its loan. The pair reach 1.09693, its highest price peak in a weak. Many forex analysts think its just a retracement that the pair is ripe for a sell at 1.09 price level and pose to retest 1.0800 level. The pair which hit is lowest since 2002 is currently still bearish in nature but caution should be apply considering Greece crisis and possible of bailout by 6th of August ECB parliament meeting.