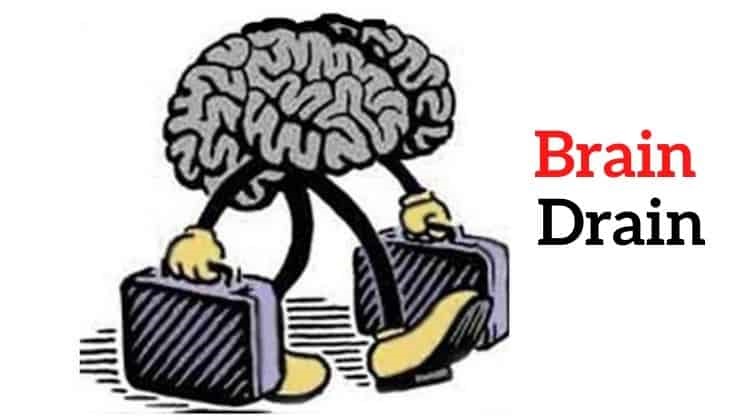 The tech talent shortage in Greece is often blamed on the so-called “brain drain”. But I see nothing wrong with software engineers from Greece moving to other countries and exploring opportunities there.

It is a necessary step for progress, development, and modernization, writes Dimitris Tsingos, Founder of Starttech Ventures, a Greek network of start-up companies.

The so-called brain drain has been observed in many countries, not just in countries in the Middle East and Africa but also in my country Greece. Hundreds of thousands of highly skilled young professionals have migrated after the financial crisis in search of better prospects in more developed economies.

The real problem lies in the unidirectional nature of the flow; many skilled workers leave, and fewer are coming to our countries to work in them.

Traditionally “brain drain” has been considered quite a significant problem. To put it simply, it is thought to be wrong. What if we looked at it from another perspective? Could this phenomenon bring something good? Could we talk about “brain gain” instead of “brain drain”?

Countries that have continuously experienced high economic growth, such as China and India, demonstrate that the mobility of a high-skilled workforce can play a decisive role in improving the home country’s economy. And on top of that, modernizing its society.

You see, many of them will finally return home. Others will stay there and act as ambassadors and ‘bridges’ between the home and the host nation. Also, many send money home to their families (called remittances). As the world bank states: “there is strong and unambiguous evidence that supports the argument that remittances alleviate poverty in developing countries.”

Many studies also show that diversity in the form of people from different walks of life, with different experiences and networks from other countries, helps companies grow faster and find new opportunities. Many of our companies witness that the diversity in their teams contributes immensely to the company’s creative output.

It is just a different point of view: The mobility of people is in many ways good for the world! When mobility increases, new opportunities will present themselves while old ones disappear.

At Starttech Ventures, we recognized the power of “brain gain” long ago. In our portfolio companies in Athens, we already employ individuals of more than twelve nationalities who, for various reasons, decided to move and work here. And we encourage people to see opportunities in other parts of the world. So, we would be happy for people from Greece to find work in start-ups in different countries and vice versa. That would make us learn more from each other and strengthen ties between our countries, helping both economies grow.

I firmly believe that there’s no reason for our countries not to be able to attract skilled workers that want to live and work in them. There are many fabulous places worldwide with a booming tech scene, and we should help more people worldwide know about the opportunities we provide. And we could work together to do that.

Thus, we are proud to announce the Work-in-Greece initiative, which aims to support the relocation of innovative Software Engineers that want to work in Greece. And, with that, build stronger ties and collaborations between companies in both countries to mutually benefit all societies!

To ease the current passport collection difficulties experienced by Nigerians, the Nigeria Immigration Service has begun the construction of the Abeokuta passport office in Ogun State.

The Immigration Service Public Relations Officer, Deputy Controller, Tony Akuneme, in a statement, noted that the Comptroller General of Immigration, Mr. Isah Idris, laid the first bricks for the construction.

According to the statement, this was part of the Comptroller General’s tour of Immigration formations in Zone A comprising Lagos and Ogun states.

Mr. Idris while laying the bricks for the new office reiterated that he intends to end the hardship on passport collection as he said the new office is coming timely, and that on completion, it would enhance passport processing and production.

“Part of my agenda is to make passport acquisition seamless. And the only way we could do this is to improve, build the structures, and equip it so that Nigerians can get these services seamlessly without tears. This is indeed a timely project for upgrading our service delivery to the people of Ogun State and Nigeria as a whole.

“This development will surely enhance passport processing and production in the Gateway State. I congratulate the personnel of the Ogun State Command of the NIS, and I can assure that this project will also help them deliver optimal service to the people of the state at all times.”

As part of his tour of the state command, the immigration boss also paid courtesy visits on the State Governor, Mr Dapo Abiodun, and the Alake and Paramount ruler of Egbaland, Oba Adedotun Gbadebo, thanking them for their support to the NIS as he also lauded the people of the state for their support to the immigration service and urged them to always stand for the progress of the nation.