A U.S district court has ordered Tesla, an automotive company, to tell employees about the company’s ongoing lawsuit.

Tesla was taken to court by two of its former employees who filed a lawsuit alleging that the company required them to sign releases in exchange for less severance than federal and California state laws provide.

The company in response to the lawsuit which claims that it violated federal law by laying off hundreds of workers without advance notice, urged the court to dismiss it.

Tesla disclosed that employees who were laid off signed valid agreements to bring employment-related legal disputes in arbitration and to refrain from participating in class-action lawsuits.

Further stating that even if the case remained in court, it should be dismissed because the company was merely “right-sizing” by firing poorly performing workers and not engaging in layoffs that require advance notice.

Now, the District Court has ordered that Tesla must continue to inform its employees about the suit “until the merits of Plaintiffs’ claims are resolved in federal court or arbitration proceedings

More than 500 other employees were let go from Tesla’s Gigafactory 2 in Sparks, Nevada, following CEO Elon Musk’s announcement that a coming economic downturn would force the company to lay off 10% of its salaried workforce.

The lawsuit filed by two employees laid off in June from Tesla’s Gigafactory 2 in Sparks, Nevada, and another from Tesla’s Palo Alto store claims that the company violated Section 1400 of the California Labor Code, as well as the federal Worker Adjustment and Retraining Notification Act by laying off workers without 60 days of advance notice.

“Plaintiffs allege that the separation agreements executed after this lawsuit was filed are coercive, abusive, and misleading because Tesla fails to inform terminated employees/potential class members about ‘the pending litigation and the rights that they are potentially giving up,’” according to the court order.

The Court however denied the plaintiffs’ request for pay and benefits for the 60-day notification period. 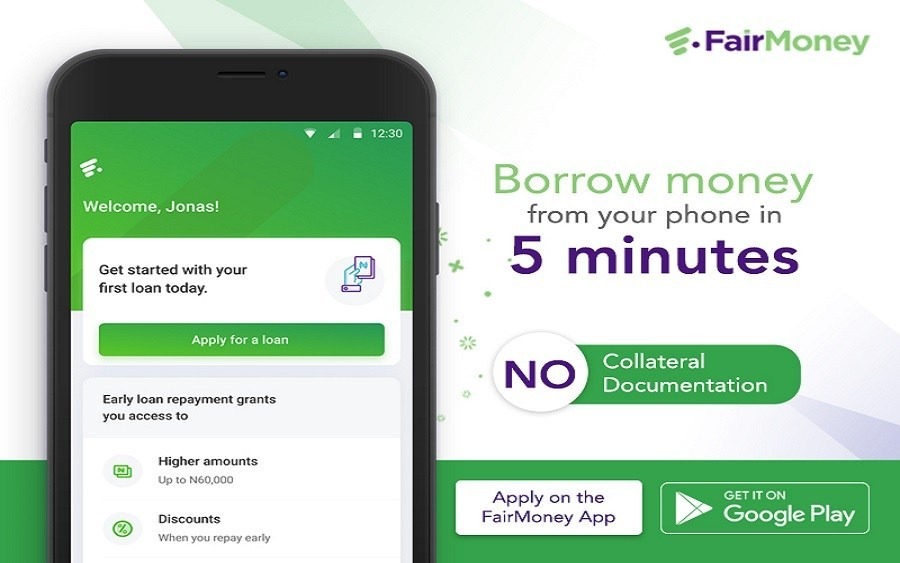 Nigerian online loan app Fairmoney has partnered with Oradian a cloud-based enterprise solution to expand its growth across Africa and Asia.

Through this strategic partnership, Fairmoney will leverage on Oradian platform that services over 10 million banking customers in 13 countries across Africa and Asia to accelerate its growth in these regions.

FairMoney says Oradian’s ability to support its credit assessment capabilities and the ‘plug and play’ nature of its solution were key factors in its selection.

Speaking on this partnership, FairMoney CEO Laurin Hainy said: “Our ultimate goal remains bridging the financial inclusion gap in emerging economies, and we understand the power of collaboration and partnerships in bringing this to reality.

“Since the inception of FairMoney, we have continued to serve our current markets with excellent financial products, providing the much-needed access to credit and making essential banking services available to everyday people.

“We decided to partner with Oradian to leverage the already existing infrastructure and trusted system performance to scale our solutions to new markets where they are needed and perfect existing offerings in our current markets”.

Also commenting on this is the CEO of Oradian Antonio Separovic who said,  “To be able to innovate quickly, with products that the market requires, while being compliant with changing regulations in very different markets, takes a different breed of core system.

“All of these are real daily challenges in the back-office, not seen by the customers and often taken for granted. However, we know through working with a broad range of financial customers, those challenges are very real, and in some cases, insurmountable without the right technology and an expert partner.”

The African and Asian emerging markets are in need of financial services that provide both consumer loans and working capital.

This has however created a big opportunity for companies that are able to move quickly and leverage recent technological advances in emerging markets.

FairMoney has been successful in executing this mission, after it became the leading credit-led digital financial institution in Nigeria two years after its incorporation.

Automobile company Tesla is recalling about 1.1 million of its electric vehicles citing a problem with the window automatic reversal system that does not stop even when it detects an obstruction.

Automobile company Tesla is recalling about 1.1 million of its electric vehicles citing a problem with the window automatic reversal system that does not stop even when it detects an obstruction.

This means that as the windows go up automatically, it may likely cause injury and as such does not comply with the National Highway Traffic Safety Administration (NHTSA) safety guidelines for power-operated windows.

The NHTSA said, “The window automatic reversal system may not react correctly after detecting an obstruction. As such, these vehicles fail to comply with the requirements of Federal Motor Vehicle Safety Standard number 118, “Power-Operated Window Systems.”

“A closing window may exert excessive force by pinching a driver or passenger before retracting, increasing the risk of injury”.

All Tesla owners do not need to bring the vehicle to the company to rectify this problem, rather the electric vehicle manufacturer told the National Highway Traffic Safety Administration (NHTSA) that it would perform an over-the-air software update of the automatic window reversal system.

The automotive company further disclosed that it was not aware of any warranty claims, field reports, crashes, injuries, or deaths related to the recall, rather it deems the recall as a safety risk.

During the product testing in August, Tesla disclosed that employees identified window automatic reversal system performance that had greater than expected variations in response to pinch detection.

After extensive additional testing, it was determined that the vehicles’ pinch detection and retraction performance in the test results did not meet automatic reversal systems requirements.

Tesla said that starting from September 13, vehicles in production and in pre-delivery received a software update that sets power-operated window operation to the requirements.

The latest software update will enhance the calibration of the vehicle’s automatic window reversal system behavior.