The federal government of Nigeria has partnered with the Serum Institute Of India to start producing covid-19 vaccines locally.

Dr. Faisal Shuaib, the ED/CEO of the National Primary Health Care Development Agency who disclosed this, said the strategic partnership with the Indian government will be a launchpad toward vaccine self-sufficiency in Nigeria.

He further disclosed that the production of local vaccines in the country has been a top priority of the Buhari-led administration.

He said; “This is one reason we have been engaging partners of interest in actualizing this very important project.”

“My meeting today with Mr. Vijay Patil, Director International Business, Serum Institute of India centered around how to partner in producing vaccines locally to advance vaccine equity in Nigeria.

“The work we do with BVNL will be a launchpad towards vaccine self-sufficiency in Nigeria”.

Meanwhile, Nigeria’s Minister of Health Dr. Osagie Ehanire has said the N10billion earmarked by the Federal government for the local production of vaccines in 2020 is still intact.

He said; “We are as prepared as we can be, we are also pursuing capacity to produce vaccine biotech.

“Visitors from the Serum Institute of India are going to be technical partners of Bio-Vaccine Nigeria Limited.

“Nigeria is a 49 percent shareholder in a company called Bio-Vaccine Nigeria Limited, and the bio-vaccine is a revival of the former vaccine plants that the Federal Government used to have.

“The private sector was invited to join and form a special purpose vehicle – a company called Bio-Vaccine. This was conceived before COVID-19.

“Now the joint venture was stalled because of the outbreak, when there was a lockdown and when nothing could move.

“We are working on getting that technology to both produce routine vaccines and also COVID-19 vaccines under license and importation of the technology and partnership for it.”

Npower Beneficiaries to be Compensated as FG Approves NSIP Bill

The National Drug Law Enforcement Agency (NDLEA) has discovered an expensive mansion in Lagos stashed with about 13 million tramadol pills with a street worth of N8.8 billion. 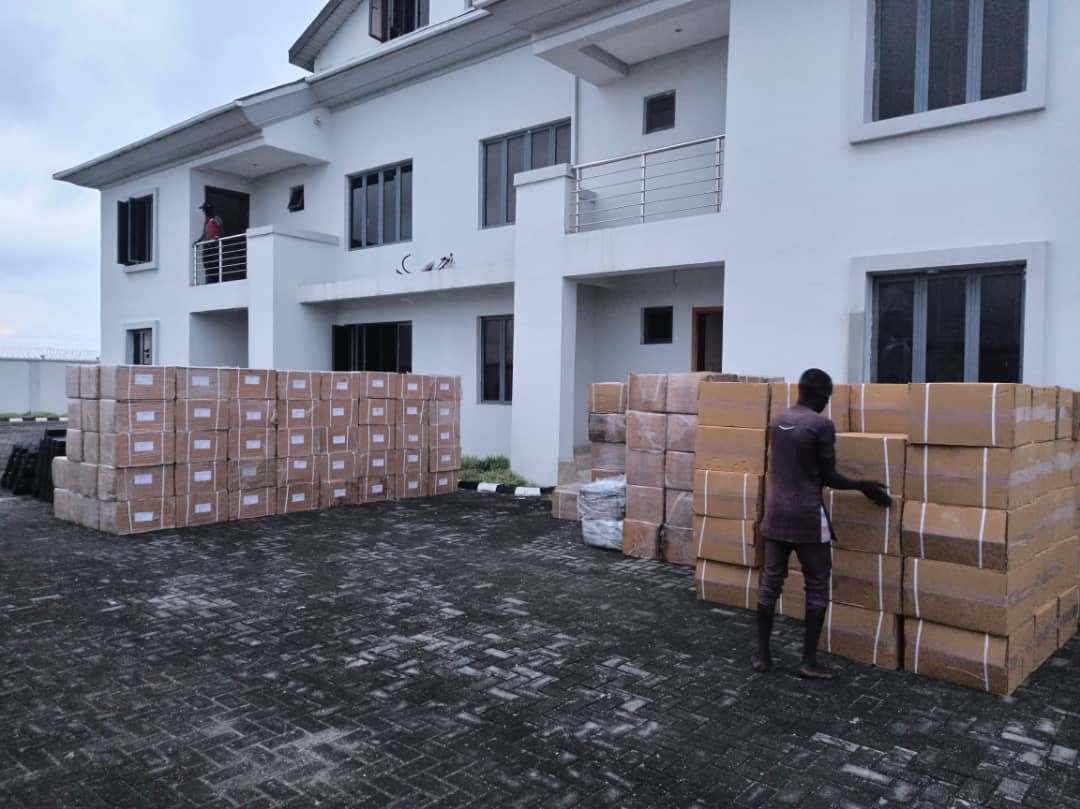 The National Drug Law Enforcement Agency (NDLEA) has discovered an expensive mansion in Lagos stashed with about 13 million tramadol pills with a street worth of N8.8 billion.

The National Drug Law Enforcement Agency declared in a statement released in the early hour on Monday that about 13,451,466 tramadol pills were recovered in a blockbuster operation.

According to the statement released by NDLEA spokesperson, Femi Babafemi, the mansion where the drugs were recovered belonged to a billionaire drug baron, Ugochukwu Nsofor Chukwukadibia, who was in custody.

Babafemi further stated that the mansion which was located in the Lekki area of Lagos State was not occupied by occupied humans.

A search of the expansive mansion led to the discovery of 443 cartons of Tramadol Hydrochloride 225 mg, which contains 13, 451, 466 pills of the drug while some cartons were already burnt in a fire incident in the house the same day”.

Babafemi added that Ugochukwu who hails from Ihiala local government area of Anambra state has been on the Agency’s watch list as one of those behind the tramadol drug cartel in Nigeria.

He also noted that Babafemi has about six mansions within the VGC one of which he uses to warehouse the tramadol consignment.

Investors King learnt that five exotic vehicles were also located in two of the mansions which include a bulletproof jeep.

It would be recalled that in September 2022, the law enforcement agency busted a warehouse in a secluded estate in the Ikorodu area of Lagos State, where over N194 billion worth of cocaine were seized.

The federal government has signed an agreement with the United Nations Children’s Emergency Fund (UNICEF) to ensure the safety and protection of children found by Nigerian Security Agencies in conflict areas in the country.

The federal government has signed an agreement with the United Nations Children’s Emergency Fund (UNICEF) to ensure the safety and protection of children found by Nigerian Security Agencies in conflict areas in the country.

According to a statement on Friday, UNICEF representative in Nigeria Cristian Munduate stated that the handover protocol will prohibit the detention of children allegedly associated with armed groups.

Munduate further added that the agreement signed will enable proper integration of such children into the society through educational and psychosocial support, adding that it will give them the privilege of acquiring an identity.

With this agreement, children rescued will be taken to the ministry of women affairs and social development for proper support within seven days.

The statement reads, “The handover protocol is a practical tool to prevent or reduce the detention of children encountered by military and security forces during armed conflict and presents an opportunity to identify and transfer children allegedly associated with armed groups within a period of seven days to the ministry of women affairs and social development.

“The government of Nigeria and UNICEF will continue to work together to ensure that children allegedly associated with armed groups receive appropriate, tailored social and economic reintegration assistance that supports the children’s, families, and communities resilience and social cohesion through child protection, education, psychosocial support, and livelihood initiatives, vocational and skills development, and life skills.

“Today marks a historic moment for children who are victims of serious rights violations in north-east Nigeria. This positive undertaking in signing the handover protocol represents a significant milestone and demonstrates the government of Nigeria’s commitment to upholding its obligations to establish and implement the minimum safeguards to prevent the involvement of children in armed conflict.

“The protracted armed conflict in north-east Nigeria has resulted to mass displacement and humanitarian and protection crisis. From 2016 to September 2022, 4,204 children (2,866 boys, 1,338 girls) have been released from administrative custody by the Nigerian military and have received interim care services at the Bulumkutu transit center, including community-based social and economic reintegration assistance.”

The handover protocol is reported to be the first civil human rights instrument to specifically cover the transfer, custody, and care of children in northeast Nigeria and minors from other nationalities who escaped or were rescued from armed groups.