eNaira, the digital form of the Nigerian Naira, has recorded N4 billion in transactions since its take-off last year.

Godwin Emefiele, the governor of the Central Bank of Nigeria (CBN), revealed this at the Grand Finale of the 2022 eNaira Hackathon held in Abuja on Thursday.

The Hackathon, which is a creative collaboration between the Central Bank of Nigeria (CBN) and the African Fintech Foundry (AFF), is aimed at bringing together an army of talented developers, designers, coding experts, solution developers, and entrepreneurs all over Africa to create innovative solutions for the acceptance of eNaira.

Emphasizing the importance of the digital currency, he stated that the digital currency would improve financial inclusion, help poverty alleviation, enable direct welfare disbursement to citizens, support a strong payments ecosystem, and improve the availability and usability of money.

Godwin said: “The eNaira is the same Naira but with far greater possibilities. eNaira will facilitate diaspora remittances, cut back on the cost of processing cash, and also improve the efficiency of cross-border payment.

“The eNaira will make a positive impact on Nigeria and Nigerians. It was developed to provide Nigerians with a cheap, safe, secure, and trusted means of payment.

“which is unusual, compared to the offline payments channels like agent networks, USSD, wearables, cards, and near-field communication technology.

“The eNaira would give access to financial services to underserved and unbanked segments of the population”.

He stressed that the eNaira-based products and services would expand Nigerians’ engagement in the digital economy and enhance the growth of the promising fintech sector.

The CBN Governor said “Greater success is envisioned for the project with phase two, bordered around financial inclusion, is expected to deliver more gains with a target of about eight million active users based on estimations using the diffusion of innovation model. When we launched the eNaira, we promised to increase the level of financial inclusion in the Country because just like the Naira, the eNaira is expected to be accessible to all Nigerians.

”I am pleased to inform you that by next week, Nigerians, both banked and unbanked, will be able to open an eNaira wallet and conduct transactions by simply dialing *997 from their phones.”

Rebound in FAAC Payout for July

With the drop in oil production and Nigeria’s revenue generation, Nigeria’s public debt is projected to increase further in 2022 and 2023.

Investors King learnt from the statement published on the DMO website on Tuesday that the total debt represents the domestic and external debt stocks of the federal government, the 36 states and the Federal Capital Territory (FCT).

The statement further clarified that the foreign component of the debt stands at N16.61 trillion, or $39.96 billion, the same figure it was in March 2022. While the local component increased to N26.23 trillion or $63.24 billion.

The statement also disclosed that a higher proportion (58 percent) of the external debts were concessional and semi-concessional loans which the government obtained from multilateral financial institutions such as the International Monetary Fund (IMF), the World Bank, Afrexim and African Development Bank.

These concessions and semi- concessions include loans from bilateral lenders such as Germany, China, Japan, India and France,”

Meanwhile, the increase in domestic debt stock from N24.98 trillion or $60.1 billion in March to N26.23 trillion or $63.24 billion in June was due to the credit facilities which the Federal Government raised to part-finance the deficit in the 2022 budget.

Nigeria’s rising debt profile has been a major subject of discussion among analysts. Investors King earlier reported that the 2023 budget proposal has a deficit of more than N12 trillion which will likely be financed by another set of borrowings and subsequently increase the country’s debt profile.

Prudential Zenith Life Insurance Limited grew profit after tax by a whopping 75% to ₦1.13 billion, up from ₦646 million recorded in 2020. 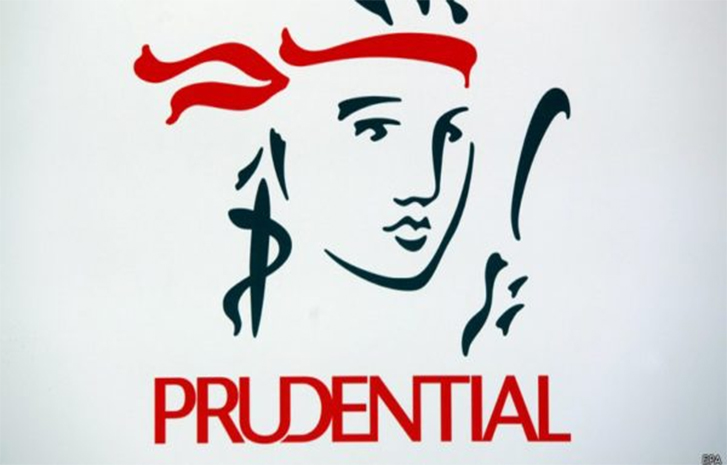 Despite rising economic uncertainties and the challenging business environment experienced in 2021, Prudential Zenith Life Insurance Limited grew profit after tax by a whopping 75% to ₦1.13 billion, up from ₦646 million recorded in 2020.

The company disclosed this in its audited financial statement for the period ended December 31, 2021, and obtained by Investors King on Monday.

In the financial statement approved by the National Insurance Commission (NAICOM), Gross Written Premium (GWP) and Annualized Premium Equivalent (APE) expanded by 16.3% and 9.3%, respectively. This was a result of the 27% growth recorded in new business acquisition for Group Life written during the period.

Similarly, investment income grew by 30% year-on-year due to a significant increase in the interest-generating assets of the company, and commission income also increased by 43% during the period.

The financial performance is a testament to the continued focus on investments, as the company remains committed to building a strong market-leading position in Nigeria by enhancing its capabilities, strengthening its digitally enabled multi-channel distribution network, and broadening the range of products and services that are available to customers in order to meet their needs.

Despite the challenges experienced during the Covid-19 pandemic in 2020, Prudential Zenith was able to achieve this strong growth in 2021 and is poised to continue improving its performance in the upcoming financial years. Prudential Zenith will continue to develop and launch unique products to meet customers’ needs, leveraging technology and its core corporate governance structure to deliver faster claims settlement. The company will also continue to prioritize the health, safety, and welfare of customers, who subscribe to its unique insurance product offerings.

Prudential Zenith Life Insurance Ltd (PZL) is a subsidiary of Prudential Plc., established in 2017 when Prudential Plc acquired a 51% holding in Zenith Life Insurance. PZL is one of the most capitalized companies in the Nigerian insurance industry with a wide range of individual products including savings & investments-linked products, endowment, and protection products designed to meet the needs of individuals and their families.  For corporate clients, the company’s product offerings include Group Life, Key-Man Assurance, Credit Life, School Fees Protection, and Mortgage Protection, ensuring that the welfare of clients’ staff and families are met.

Prudential Plc provides life and health insurance, and asset management in Africa and Asia, helping people get the most out of life by making healthcare affordable and accessible and by promoting financial inclusion. Prudential protects people’s wealth, helps them grow their assets, and empowers them to save for their goals. It has more than 19 million life customers and is listed on stock exchanges in London (PRU), Hong Kong (2378), Singapore (K6S), and New York (PUK).

Prudential Plc has insurance operations in eight countries in Africa: Nigeria, Cameroon, Cote d’Ivoire, Ghana, Kenya, Togo Uganda, and Zambia.  With over 1 million customers, Prudential Africa works with over 11,000 agents and six exclusive bank partnerships, with access to over 600 branches to bring value-added insurance solutions to its customers.