The United States Dollar pulled back slightly on Thursday after hitting a 20-year high on the back of rising interest rates and global demand for haven currencies.

Against the Euro common currency, the U.S. Dollar gave back some of its gains on Thursday to trade at 1.0213, up from 1.0173 attained after dropping below 1.0350 support levels.

Similarly, the greenback pared gains against the British Pound to 1.2009 despite over 40 British lawmakers resigning their positions and calling for the resignation of Prime Minister Boris Johnson enmeshed in a series of scandals.

The Federal Reserve is expected to raise borrowing costs by another 50 basis points to 75 basis points in the month of July as it continues to battle 40 years high inflation rate of 8.6%.

This persistent increase in borrowing costs is expected to weigh on new job creation, new investment, earnings, and subsequently, drag on consumer spending that over the years has sustained the world’s largest economy.

United States Dollar Drops to a Week-Low After Rates Decision

The United States Dollar (USD) exchange rate to European common currency (Euro) was the exact same in the early hours of Tuesday for the first time in 20 years.

The United States Dollar (USD) exchange rate to European common currency (Euro) was the exact same in the early hours of Tuesday for the first time in 20 years.

The slowing global economy amid rising interest rates has made the United States Dollar attractive to global investors who were looking to avoid the negative impact of the projected economic recession and ensure they have in their possession operating capital for possible re-entry at lower price levels or to avoid the impact of persistent increase in borrowing costs (interest rates) in the near-term.

As shown below, the Euro-USD pair started declining on February 10, 2022 when the United States announced that Russia was planning to invade Ukraine.

The invasion, which eventually happened on February 24, has disrupted the global economy, bolstered commodity prices, and increased global risks and uncertainties. In an effort to rein in the high inflation rate, economies started raising interest rates in a move to curb escalating inflation rates.

These aggressive increases have started dragging on new investments, new job creation, consumer spending, retail sales and export orders. And financial experts are now predicting it could get worse with Russian sanctions.

Western nations are working on imposing additional oil sanctions on Russia. This, JP Morgan predicted could push oil prices above $350 a barrel and further complicate the global economy.

All the aforementioned are responsible for the increase in dollar strength against Euro and other global currencies to over 20 years high.

United States Dollar Drops to a Week-Low After Rates Decision

The United States Dollar dropped to a week low against its global counterparts on Wednesday after the Federal Reserve raised interest rates by 0.25% against the widely expected 0.75%.

The move came as a surprise to financial market operators for one reason, the U.S. inflation is at a record-high of 8.5%. However, the Fed highlighted rising global risks and uncertainties due to the ongoing COVID-19 restrictions in China and the Russia Ukraine war.

“The market was pricing in essentially a 50/50 chance that you see a 75 basis point hike by July, between June and July, and so I think the most important takeaway here that I think the market was really fixated on, was whether or not a 75 basis point hike is on the table, and he (Powell) basically pushed back on that,” said Mazen Issa, senior fx strategist at TD Securities in New York.

The United States dollar index declined to $102.48 from $103.64 it peaked on Wednesday immediately the Fed made its decision.

Stocks and other risky assets rose after Fed suggested it could curb inflation without necessarily triggering a recession.

US Dollar Gained Against Haven Currencies on Stimulus Withdrawal 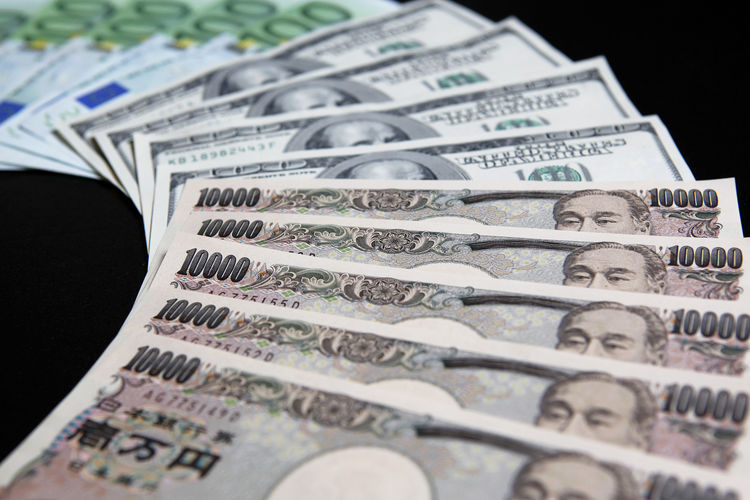 The United States Dollar gained against safe-haven currencies on Wednesday after the Federal Reserve committee announced it has approved plans to speed up pandemic stimulus withdrawal process.

The Dollar Index rose to a three-week high of 96.87 on Wednesday before dropping to 96.14 on Thursday during the London trading session.

This was after the US Federal Reserve maintained interest rates at 0 to 0.25 percent to achieve maximum employment despite the surge in inflation to a four-decade high.

The Committee, however, agreed to reduce monthly stimulus purchases by $20 billion for treasure securities and $10 billion for agency mortgage-backed securities.

“Beginning in January, the Committee will increase its holdings of Treasury securities by at least $40 billion per month and of agency mortgage‑backed securities by at least $20 billion per month. The Committee judges that similar reductions in the pace of net asset purchases will likely be appropriate each month, but it is prepared to adjust the pace of purchases if warranted by changes in the economic outlook.

“The Federal Reserve’s ongoing purchases and holdings of securities will continue to foster smooth market functioning and accommodative financial conditions, thereby supporting the flow of credit to households and businesses.”