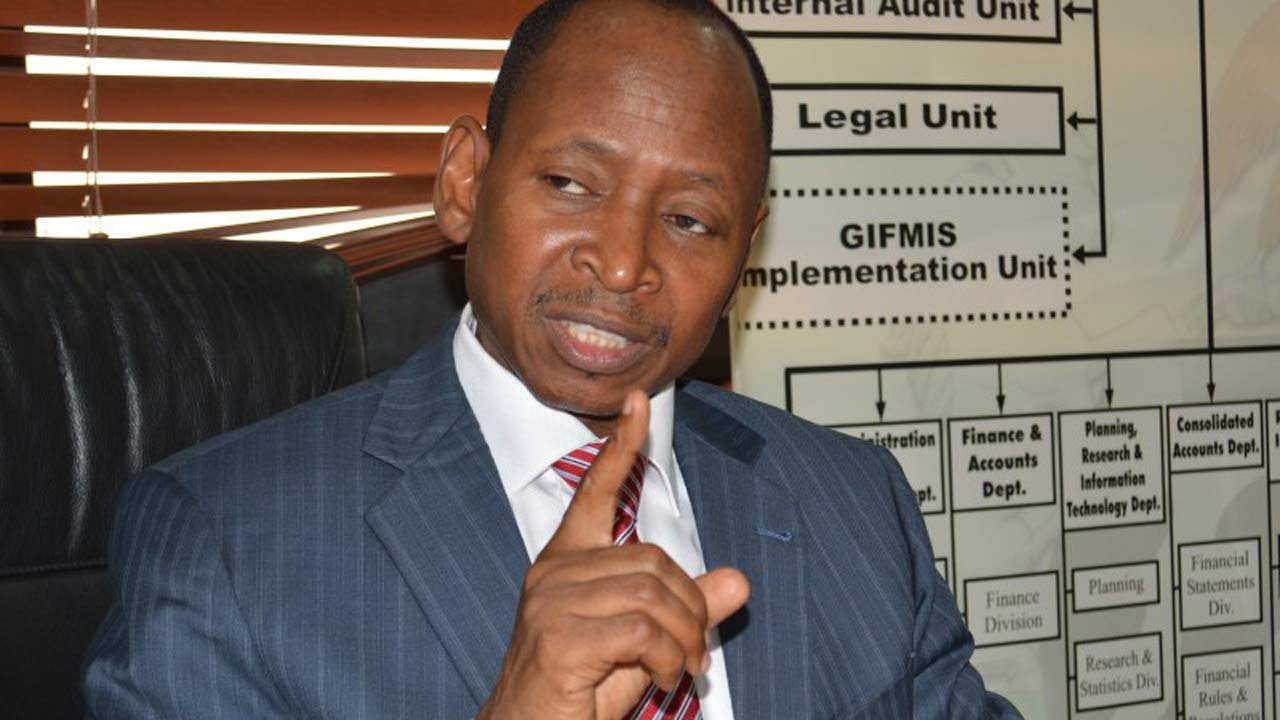 The social media has been buzzing all day as Nigerians were in dismay, following the arrest of the Accountant-General of the Federation, Ahmed Idris by the Economic and Financial Crimes Commission (EFCC) for allegedly looting a sum of N80bn.

While many Nigerians lauded the efforts of the EFCC, some said the looted money is far more than what the Academic Staff Union of Universities (ASUU) is requesting.

In his reaction via the micro-blogging platform, Twitter, the spokesperson of former President Goodluck Ebele Jonathan, Reno Omokri said: “Dear ASUU, If the Accountant General of the Federation can steal N80bn, you have no reason to end your strike. Ask Buhari to use the stolen N80bn to pay you and keep the change. After all, the money ASUU is asking for is not even up to N80bn!”

The Mouthpiece @Real_AmakaIke said: “Fight Against Corruption In Nigeria Always End With Cruise. Just Loot And Bail Yourself If At All You Are Arrested,And They Will Reward You With Another Political Position. Ahmed Idris’s 80 Billion Naira Fraud Case Has Ended With Immunity. Nigeria Is A Very Big Scam.”

Ayemojubar.js @ayemojubar – Alhaji Ahmed Idris, the Accountant General of the Federation stole $137,931,034. Please, how much is ASUU asking for?

Adebola @ThisIsAdemuyiwa – Our problem is not religion and ethnicity. Religion and ethnicity are distractions. Alh. Ahmed Idris (Accountant General) who stole N80bn couldn’t have done it alone. He’d have been aided by Southerners from other faiths . Let nobody deceive you.

If you make ₦28.3m a year, it would take you 40 years to make ₦1 billion. The Accountant General stole N80bn in 4 years, at ₦28.3M/year it would take you 3,200 years to accumulate that much money. Ahmed Idris you are very very heartless,” another user, Jerry ayuba (@Donjerry_) said.

Investors King recalls that Operatives of the Economic Financial Crimes Commission (EFCC), on Monday, arrested the current Accountant General of the Federation, Mr. Ahmed Idris in connection with alleged diversion of funds and money laundering activities.

EFCC, in a statement, wrote: “The Commission’s verified intelligence showed that the AGF raked off the funds through bogus consultancies and other illegal activities using proxies, family members and close associates.

“The funds were laundered through real estate investments in Kano and Abuja.

“Mr. Idris was arrested after failing to honour invitations by the EFCC to respond to issues connected to the fraudulent acts”.

EFCC further noted that: “Its verified intelligence showed that the AGF raked off the funds through bogus consultancies and other illegal activities, using proxies, family members and close associates.

“It further alleged that the funds were laundered through real estate investments in Kano and Abuja”.

The anti-graft agency stated that Idris was arrested after failing to honour invitations to respond to issues connected to the fraudulent acts.

Ahmed Idris was appointed as Accountant General on June 25, 2015, to succeed Jonah Ogunniyi Otunla who was sacked by Muhammadu Buhari on allegedly misappropriating security agencies’ funds.

EFCC had, on December 7, arraigned the former Accountant-General of the Federation, Mr Jonah Otunla, and eight others before the Federal High Court in Abuja on money laundering charges involving diversion of N2bn from the account of the Office of the National Security Adviser.

The defendants were to be arraigned before Justice Nnamdi Dimgba on Tuesday but the arraignment was rescheduled to December 7 due to the absence of the judge, who was said to be attending a training organised for some judges in the country.