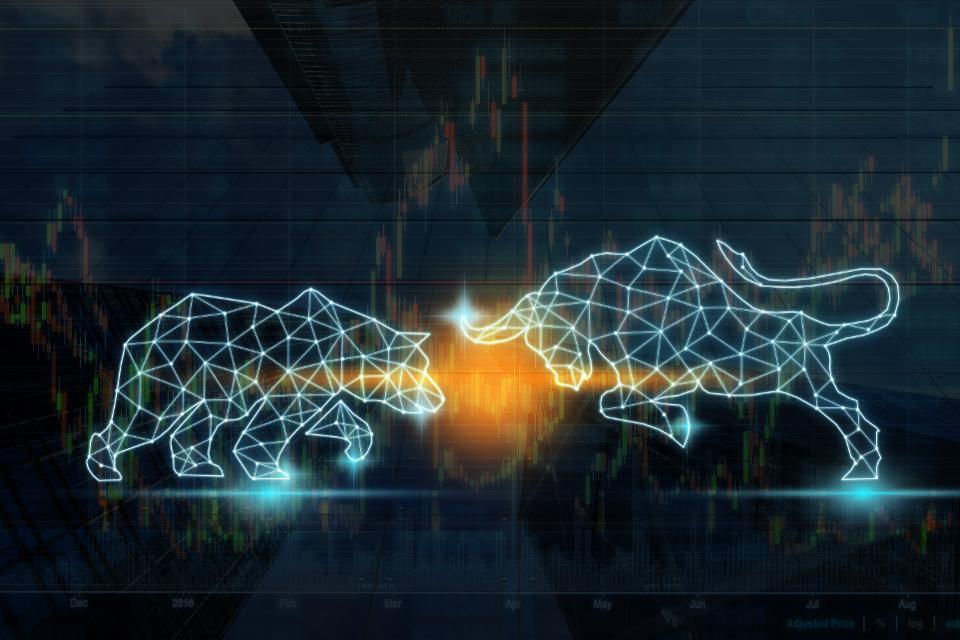 It’s been another volatile week in financial markets but stocks are on course to end it in the red, with Europe down around 2% and US futures eyeing a weaker start.

This comes despite investors getting a pleasant surprise from PMIs across Europe, with the services sector, in particular, performing much better than expected as restrictions continued to be dropped. This wasn’t backed up by strength in manufacturing though which should bring caution as we go into a challenging period for the bloc.

The data from the UK is disappointing, to say the least. Gfk consumer confidence data overnight got us off to a bad start and the numbers that have followed for retail sales and services since were no better. The pound plunged below 1.30 against the dollar on the releases and remains more than 1% lower on the day. The cost-of-living crisis has arrived.

The French second-round election this weekend is expected to be close although Emmanuel Macron has seen his lead in the polls widen in the days leading up to the second vote which may be providing him with some comfort. It is still expected to be much closer than the run-off between the two five years ago though and considering how populists have outperformed polls in recent years, no one is getting complacent.

The odds may massively favour the incumbent at this point but there is still a very real chance that Le Pen’s fans turn up on Sunday, more motivated to vote than those that simply oppose her more than Macron. That feeling was clearly stronger five years ago and the biggest risk for Macron is that those that oppose Le Pen more but voted for other candidates in the first round don’t show up.

Markets appear relatively calm going into the vote and the latest polls will be contributing to that. But that only increases the risk of a sharp knee-jerk reaction on the open Monday if Le Pen is victorious. Whether that would be sustained is hard to say. Remember, Trump and Brexit were perceived to be negative stock market events and in both cases, they bounced back quickly and went on to perform very well. The euro may be more vulnerable as Le Pen would no doubt be a disruptive force for the bloc.

Oil remains choppy with China and the Fed creating a bit more two-way price action amid very tight markets. The risks are certainly more tilted to the upside, given the war in Ukraine and a potential embargo on Russian exports, but lockdowns in China and the risk of a Fed-driven economic slowdown are also significant.

Central banks may be targeting a soft landing while belatedly combating very high inflation but that is very hard to achieve and there are plenty of reasons to believe they’ll fail to do so again. The economy is very strong, as is the labour market, but both can only sustain so much tightening in a short period and we may soon see whether the Fed has left itself too much to do.

A rough week for gold

After a bright start to the week that saw it come within a whisker of $2,000, gold is on course to end it around 2% lower following another negative session on Friday. It’s continuing to be weighed down by a stronger dollar and higher yields as traders anticipate an aggressive tightening cycle from the Fed.

High inflation and an uncertain economic environment have been very supportive for the yellow metal and I don’t expect that to change but the more tightening markets price in, the more resistance we’ll see gold rallies. Of course, that may change if recession warnings start flashing but as yet, there remains some confidence that this can be avoided. The 5/30-year bonds have inverted again which may cause some alarm but at the moment, the 2/10 spread remains positive, just.

Bitcoin swiftly reversed course on Thursday after enjoying an encouraging recovery from the lows earlier in the week. We’re continuing to see very choppy trading in bitcoin and what was perceived as hawkish commentary from Fed Chair Jerome Powell seems to have been blamed for the latest swing. Reports that EU officials discussed banning bitcoin trading due to concerns over its intense energy usage may have contributed to the declines. Bitcoin did see support around $40,000 which could once again be viewed as an encouraging sign.