Investors King recalls that the 5G network was earlier approved by the Federal Executive Council (FEC) on September 8, 2021.

The 5G technology was put in place to promote transparency which will help tackle insecurity and create more job opportunities.

President Buhari stated that the benefits of the 5G networks would be fully harnessed to improve the national economy, security and the general welfare of the citizens.

He explained that the issues surrounding the 5G network have been extensively discussed including health safety which has made the federal government come up with a suitable policy.

Speaking on the treasures to be mined in the 5G technology, Buhari mentioned that the network will aid the growth of all sectors, adding that it is faster than the previous technologies available.

In his words, “The 5G technologies can support virtually every sector of the economy, including enhanced connectivity, improved healthcare, support for education while fostering smart cities, and boosting agriculture, among other advantages.

”5G technology is significantly faster than earlier digital technologies and it provides near real-time communication. This can play a key role in boosting our efforts towards enhancing security across the nation.

”It will enable our security institutions to effectively deploy robotics, autonomous vehicles, augmented and virtual reality to address any security challenges that we face.”

The Minister of Communications and Digital Economy, Prof. Isa Pantami, during the launch opined that the 5G technology will greatly help in curbing insecurity in the nation.

Enumerating the goals of the 5G network national policy, the minister said it will secure the ecosystem and ensure protection of data with international standards.

He added that the 5G network will open up opportunities to explore broad information to solve security issues in the country.

“The 5G Network will enhance transparency and economic development as its potential for job creation is unprecedented.

“It is viable platform for security institutions to leverage on, in tackling the security challenges that have bedevilled the country, by harnessing the potential of digital technologies such as Artificial Intelligence (AI), Augmented Reality (AR), Virtual Reality (VR), Robotics etc. which explore real-time information for maximum efficiency,” he said.

The federal government affirmed that it would continually make the country friendly for investors to successfully build their businesses. 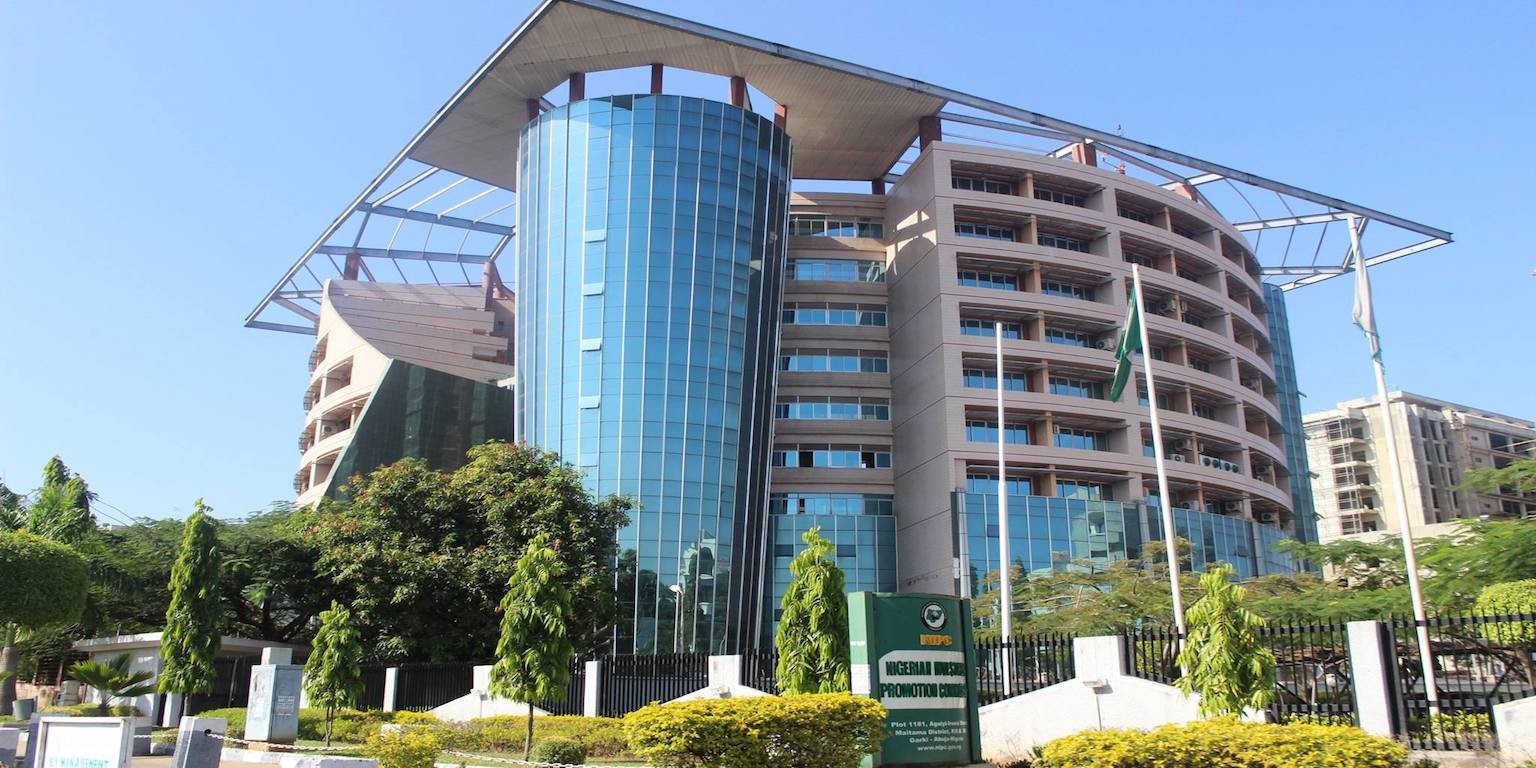 The Nigerian Communications Commission (NCC)  has issued a warning to the public about a new hacking technique that allows hackers to access and hijack vehicles.

Ikechukwu Adinde, NCC’s director of public affairs (DPA), made this known in a statement on Sunday in Abuja.

“The fact that car remotes were categorized as short-range devices that make use of Radio Frequency (RF) to lock and unlock cars informed the need to alert Nigerians on this emergent danger.

“The vulnerability is a Man-in-the-Middle (MitM) attack or, more specifically, a replay attack in which an attacker intercepts the RF signals normally sent from a remote key fob to the car.

“It manipulates these signals and re-sends them later to unlock the car at will.

“With this latest type of cyber-attack, it is also possible to manipulate the captured commands and re-transmit them to achieve a different outcome altogether.

“Multiple researchers disclosed a vulnerability, which is said to be used by a nearby attacker to unlock some Honda and Acura car models and start their engines wirelessly.

“The attack consists of a threat actor capturing the RF signals sent from your key fob to the car and resending these signals to take control of your car’s remote keyless entry system,” the advisory stated.

He did say, however, that the NCC-CSIRT has suggested certain preventative measures or solutions in the warning that car owners may use to avoid becoming victims.

The only way to avoid being affected, according to the commission’s cyber-alert unit, is to reset your key fob at the dealership.

“Besides, the affected car manufacturer may provide a security mechanism that will generate fresh codes for each authentication request, this makes it difficult for an attacker to ‘replay’ the codes thereafter.

“Additionally, vulnerable car users should store their key fobs in signal-blocking ’Faraday pouches’ when not in use.”

He urged automobile owners in these categories to choose Passive Keyless Entry (PKE) rather than Remote Keyless Entry (RKE), which would make it more difficult for an attacker to read the signal because crooks would need to be within close range to commit their crimes.

He further explained that the PKE is a vehicular safety feature that opens a door on approach or when the door handle is pulled when the user is in direct range to the car.

He further stated that when walking away or exiting the automobile, the user locks it.

He went on to say that the RKE system, on the other hand, is the industry standard for remotely enabling or disabling a vehicle’s doors and storage area.

About 60 Million Subscribers Have Linked Their NIN – MTN

Telecommunication giant, MTN has revealed that about 60 million users, representing 85% of its subscribers, have linked their National Identification Number (NIN) to their SIM as of April 25th.

This is not the first time MTN is bouncing back and swaying through the tide. Recall that Investors King reported that MTN gnashed a whopping N298.7 billion profit despite subscribers declining by 8 million to 68.5 million in 2021.

MTN claims that 19 million of its users were affected when the government ordered telecoms to prohibit outgoing calls on phone lines that were not yet linked on April 4, 2022.

However, as of April 25, 8.7 million people who were previously restricted, had submitted their NINs for verification, with about 1.2 million of them being reinstated.

In its first-quarter financial results, MTN reported that its subscribers had increased to 70.2 million as of March 30, 2022.

However, as of April, nearly 10 million of its subscribers had not yet linked their NIN.

MTN stated: “Following the NCC’s directive on 4 April 2022 that all operators should restrict outgoing calls for subscribers whose SIMs are not associated with NINs, we implemented the directive on approximately 19 million of our affected subscribers at that date.

“However, subscribers whose outgoing calls were restricted for non-submission of their NINs require their NINs to be verified before being reactivated. As at 25 April 2022, about 8.7 million of those restricted submitted their NINs for verification, of which approximately 1.2 million have been reactivated, many of whom are high-value customers.

“Outgoing voice revenue from the subscribers who are yet to be reactivated therefore contributed approximately 7.8% of total service revenue based on FY 2021. In terms of how general traffic trends have evolved since the implementation of the directive, we have seen a drop off in traffic following our compliance with the directive”.

However, the company added that it has begun to witness a slow recovery as affected users are reconnected and voice conversations are resumed.

“As MTN Nigeria, we continue to engage our affected subscribers while providing hardware support for the National Identity Management Commission to accelerate the verification of NINs submitted. We have taken significant steps to help drive NIN enrolment for subscribers who do not yet have a NIN, deploying over 4,200 points of enrolment across the country. We have also provided multiple channels to enable our customers to submit their NIN for verification and linkage,” the company stated.

“The licence allows us to create an agency network that can service the customers of licenced Nigerian banks, payment service banks and licenced mobile money operators in Nigeria,” Airtel Africa stated in a statement obtained by Investors King.

The approval is in line with the Central Bank of Nigeria’s strategy at deepening financial inclusion by taking financial services to the unbanked and underbanked across the country.

The huge numbers of the unbanked and underserviced are the reason the CBN launched super agents, payment service providers and other licences to increase the number of people captured in the financial system, and subsequently, the internal revenue generation.