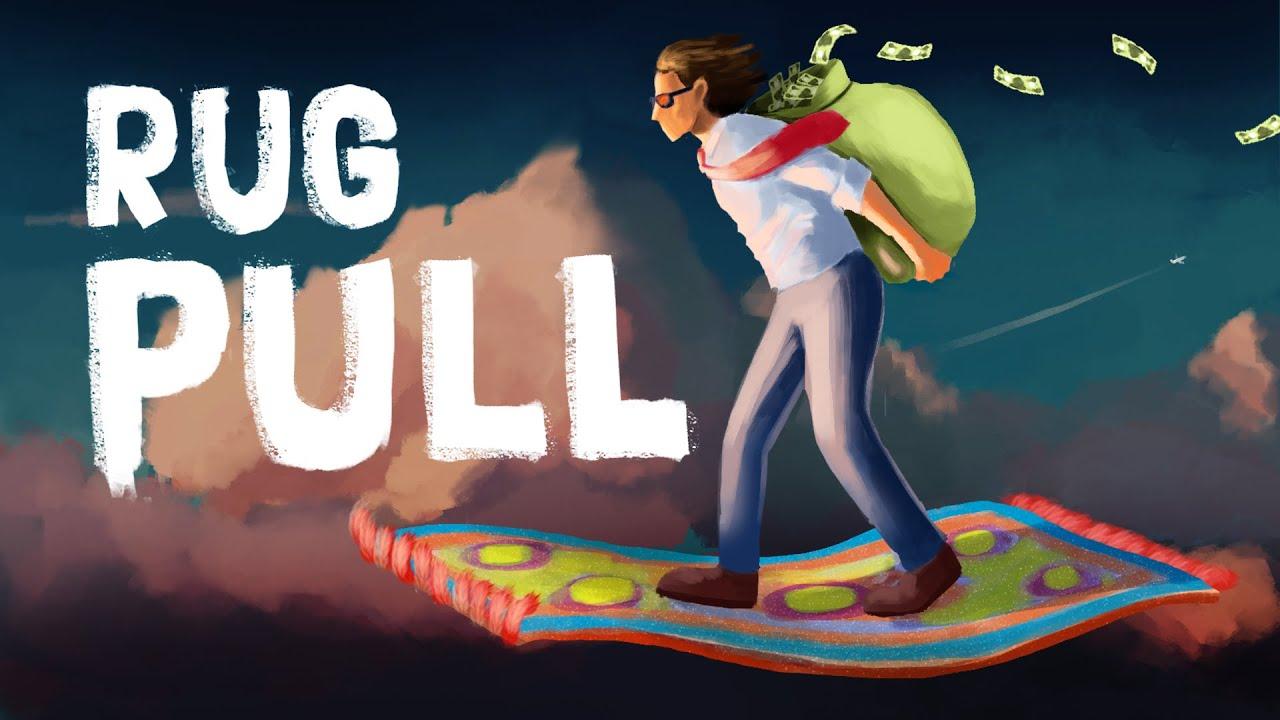 A recent report from Chainalysis revealed that rug pull is one of the latest innovations of crypto scamming in 2021, which accounts for 37 percent of all cryptocurrency scams in 2021 compared to 1 percent reported in 2020. According to the report, in 2021 rug pulls took over $2.8 billion worth of cryptocurrency from victims.

What is a rug pull in crypto?

A rug pull in the crypto space is when an individual or group of people develop a crypto project and lure people into investing in that project with a series of bogus promises, only to pull out all their investments with profits after a few rallies since they are generally the largest holders in the project. With top investors out, smaller investors will struggle to make money or be forced to abandon their investments with no end in sight.

These tend to be low-effort projects created by a few individuals with the goal of fleecing unsuspecting investors. It is most commonly mentioned when a token’s team removes liquidity.

The report, however, noted that rug pulls are mostly seen in DeFi projects where developers create and promote new tokens to investors with the hope that the new token will rise in value because developers can easily create cheap tokens on the ethereum blockchain and get them listed on decentralized exchanges without code audit.

Senator Elizabeth Warren, an active critic of cryptocurrency, called DeFi “one of the shadiest parts of the crypto world”.

She said, “stablecoins pose risks to consumers & to our economy. They’re propping up one of the shadiest parts of the crypto world, DeFi, where consumers are least protected from getting scammed. Our regulators need to get serious about clamping down before it is too late.”

The chart below shows 2021’s top 15 rug pulls in order of value stolen. 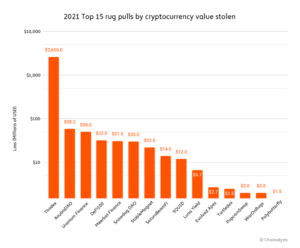 Thodex was the biggest rug pull of the year, a Turkish centralized exchange whose CEO disappeared after the exchange suspend its users from withdrawing their funds on the platform. This represents almost 90 percent of all investment scams through rug pull, seeing users lose over $2 billion worth of cryptocurrency. In all, rug pulls took in more than $2.8 billion worth of cryptocurrency from victims in 2021.

Chainalysis report further revealed that scams involving digital coins are the largest form of cryptocurrency-based crime by transaction volume, with over $7.7 billion worth of cryptocurrency taken from victims worldwide. 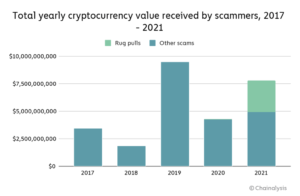 Crypto unregulated market makes investors susceptible to scams, and this might deter the successful adoption of cryptocurrency.