The latest data released by the Nigerian Communications Commission (NCC), the industry regulator, show that internet subscriptions stood at 140 million in October. This represents a y/y decline of -8.2%. However, we noticed a m/m increase of c.61,000 in subscriptions. The y/y decline can be partly attributed to the FGN’s subscriber identification Module (SIM) card regulation, which requires each SIM card to be linked to a National Identification Number (NIN). Based on our channel checks, the stress associated with the NIN-SIM linkage has resulted in customers abandoning SIMs of devices that are not their primary source for communication or internet connectivity.

Furthermore, over the past year, there has been a visible shift to fibre broadband internet subscription plans which do not require SIM cards to function. Residential estates are increasingly tilting towards this option given the heavy reliance on internet services at home due to the ongoing work-from-home approach.

Among the mobile network operators, MTN Nigeria (MTNN) accounted for the largest share (38%) of total subscriptions. We noticed from the commission’s data that in October MTNN recorded a 0.1% m/m increase in internet subscriptions. Airtel and Glo recorded m/m increases of 1.6% and 0.7% respectively. Meanwhile, 9mobile recorded a m/m decline of -1.3%.

The latest earnings release by MTNN show that revenue grew by 22.9% y/y in Q3, compared to the 31.4% y/y growth it delivered in Q2. The solid sales growth was largely driven by a 57.3% y/y growth in data revenue, on the back of sustained data demand supported by fintech, digital services and partly by base effect.

We understand that the NCC plans to auction two slots of 3.5GHz spectrum license this month. The sale of these slots of 3.5GHz spectrum is expected to facilitate 5G rollout across the country. The commission disclosed that the remaining three slots will be auctioned over the next two years. The NCC has pegged the reserve price for the 3.5GHz spectrum at USD197.4m. Industry sources suggest that the successful 5G rollout will result in a boost to internet data speed at ultra-low latency as well as more reliable and increased network capability.

Turning to data from the National Bureau of Statistics (NBS) capital importation into the telecommunications sector declined by -99.7% y/y to c.USD342,000 in Q2 ’21. This significant decline in investments into the sector can be linked to general investor apathy given the hazy macroeconomic environment triggered by the pandemic as well as infrastructure deficit in the telecommunications sector, high cost of services, low digital literacy, among others.

For Nigeria to become an active member of the current digital transformation within the global village, huge investments in telecommunications infrastructure are required. A deepened broadband penetration feeds directly into better internet access and the ripple effect of the latter on the economy attracts immeasurable benefits.

According to the latest national accounts, telecommunications posted double digit growth of 10.9% y/y in Q3 2021. Furthermore, the latest inflation report shows that communications prices rose by 10.6% y/y in October compared with 10.7% y/y recorded in the previous month. The telecommunications segment was already expanding rapidly and has been further boosted by the prevalence of working from home due to the COVID-19 pandemic.

Cement manufacturing companies paid N115.782 billion in income tax in the first half (H1) of 2022 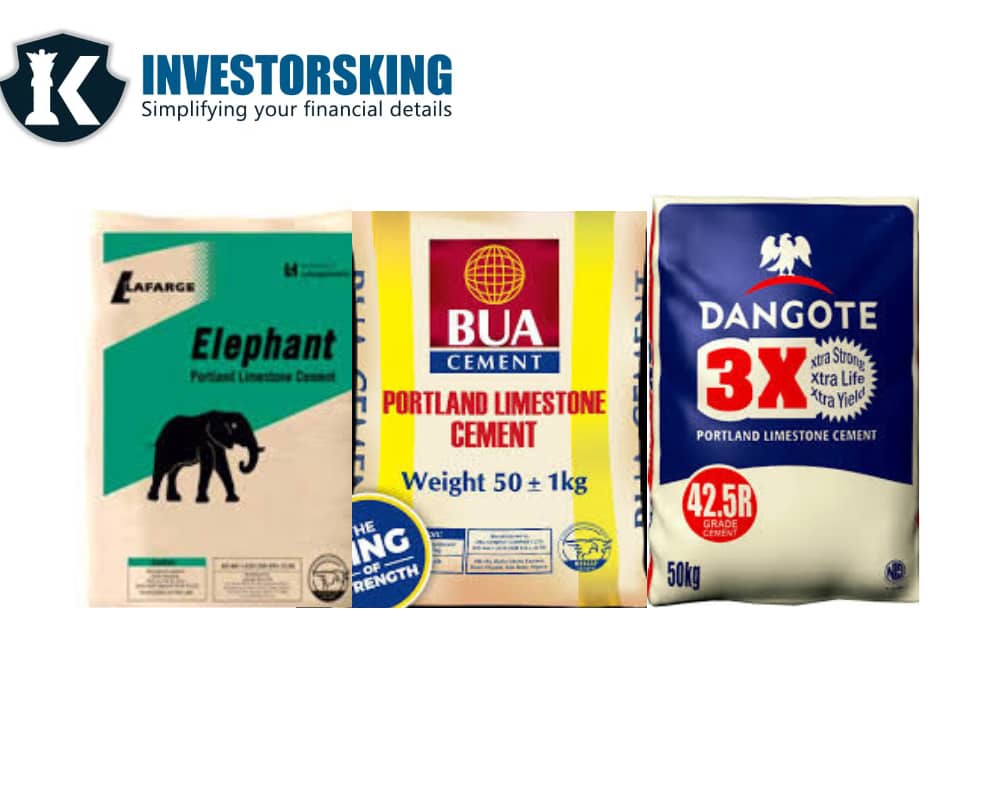 Cement manufacturing companies listed on the Nigerian Exchange Limited (NGX) paid N115.782 billion in income tax in the first half (H1) of 2022.

Dangote Cement Plc, Nigeria’s most capitalised company and the largest cement manufacturing company in sub-Saharan Africa, paid N92.786 billion in income tax in H1 2022, up from N89.624 billion paid in the same period of 2021.

The company reported a 10.2% decline in profit after tax to N172.104 billion, down from N185.692 billion reported in the corresponding period of 2021. Dangote Cement realised N808.037 billion in revenue during the period.

The cement manufacturing company generated N188.562 billion in revenue and reported a 41.40% increase in profit after tax to N61.364 billion.

Lafarge Africa, another key player in the cement industry, reported revenue of N186.587 billion in the first half of the year. The company then paid N9.468 billion in income tax before declaring a profit after tax of N37.410 billion for the period under review.

Together, the three cement manufacturing companies realised N1.183 trillion in combined revenue and reported a total profit after tax of N172.202 billion.

Nigeria’s leading cement manufacturing company, Dangote Cement Plc reported a 7% drop in sales volume in the first half (H1) of 2022 to 14.2 million tonnes.

Sales volume from Nigeria declined by 5.3% to 9.3 million tonnes. This the company attributed to global supply chain disruption that impacted operations where imports are required during the period.

The company’s revenue grew by 17% to N808 billion while the group earnings before interest, taxes, depreciation, and amortization (EBITDA) rose by 6.3% to N373.2 billion. Nigeria’s EBITDA expanded by 12.3% to N349.4 billion.

Profit after tax dipped to N172.1 billion, representing a decline of 10.2%, largely due to unrealised foreign exchange losses.

Net debt stood at N423 billion in the period under review.

Speaking on the company’s performance Michel Puchercos, Chief Executive Officer, said: “Despite the elevated inflation due to a very volatile global environment, the first half of 2022 has been positive.

“We recorded increases in revenue and EBITDA that drove strong cash generation across the Group. We recorded revenue of ₦808.0B, up 17.0% compared to last year and Group EBITDA of ₦373.2B, up 6.3% with an EBITDA margin of 46.2%.

“Although significant increase in energy and AGO costs are impacting production, we are strengthening our efforts to ramp up the usage of alternative fuels. Our Alternative Fuel Project aims to leverage waste management solutions, reduce CO2 emissions, and source material locally. So far this year, we co-processed 67,230 tonnes of waste representing a 25% increase over H1 2021.

“To drive consumer engagement and support demand ahead of the rainy season; we have commenced the 3rd season of our National Consumer Promotion – “Bag of Goodies 3”. On the operational side, we are ramping up production at our Okpella plant and are progressing well to deploy grinding plants in Ghana and Cote d’Ivoire.

“Our business model remains robust, thanks to the prudent and flexible approach we have taken across our operations. Our continuous focus on efficiency, meeting market demand and maintaining our costs leadership drives our ability to consistently deliver superior profitability and value to all shareholders.” 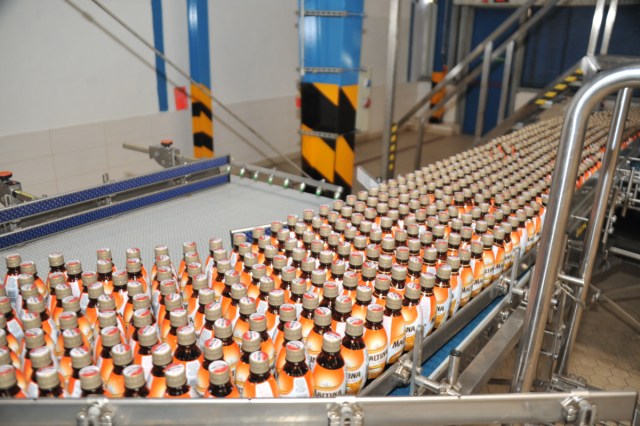