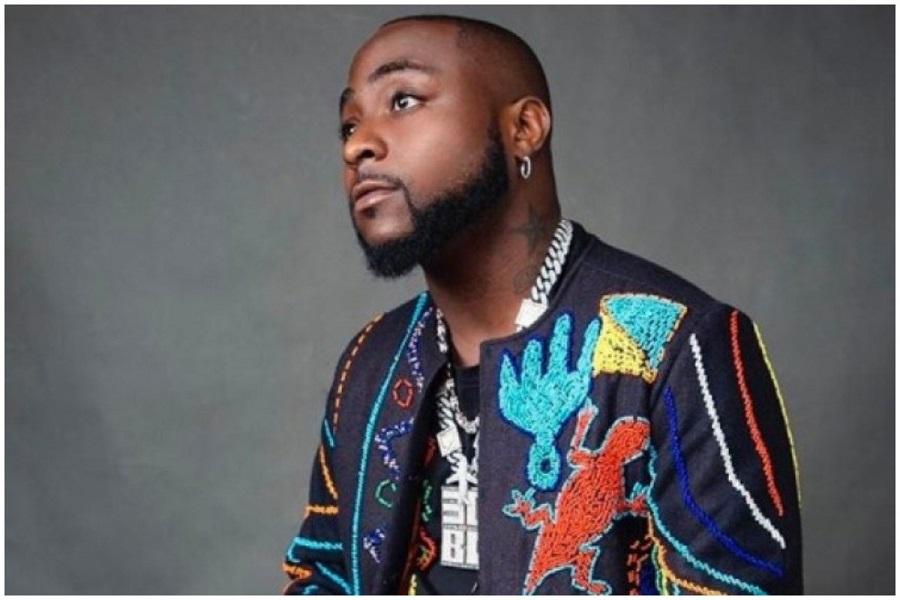 Nigerian popular musician David Adeleke, popularly known as Davido, has pledged to donate N250 million to orphanages across Nigeria after raising about N200 million from friends, family and fans on his birthday.

The musician disclosed in a statement released via his verified Instagram page on Saturday.

In the statement, he said he would be donating the N200 million donated to him for his birthday and add N50 million of his own money to make it N250 million.

The statement reads “I wish to express my sincere gratitude to my friends, colleagues, fans, and the public for the generous expressions of love in recent days. In my usual playful manner, I requested a few days ago that my friends and colleagues send money in celebration of my birthday. The response and outcome exceeded my expectations, as I received about NGN 200,000,000.00 in less than two days. I truly appreciate everyone who donated hard-earned funds and I am very thankful for your generosity.

“I have always been passionate about giving back and helping people. In view of this, I am delighted to announce that all the funds received, totaling NGN 200,000,000.00, will be donated to orphanages across Nigeria as well as the Paroche foundation. In addition, I will be making a personal donation of NGN 50,000,000.00, bringing the total amount to NGN 250,000,000.00.

“To oversee the distribution of funds to beneficiaries, I have established a five-person Disbursement Committee. Members of the committee include:

“A list of all beneficiaries and their verified account details will be submitted to Wema Bank, who will then be instructed to credit each beneficiary’s account.

“My goal is to do this fundraising every year to celebrate my birthday and give back to people in need. It is my hope that my friends, fans, colleagues in the industry, and the public will continue to support me as I drive this cause.
Once again, I express my sincere gratitude to my friends, colleagues, fans, and everyone that made this possible. God bless you all.

“— We rise by lifting others, Davido”

Npower News: October Payment to be Made After Correction of Lapses

Most teachers from Nigeria, Ghana, India, Jamaica, Singapore, South Africa and Zimbabwe had expressed happiness as they meet the criteria.

The chances of potential applicants for the teaching jobs announced by the United Kingdom have reduced as the country has amended the requirements for the recruitment exercise.

Following the initial eligibility criteria released for applicants for the job, Investors King had gathered that most teachers from Nigeria, Ghana, India, Jamaica, Singapore, South Africa and Zimbabwe had expressed happiness as they meet the criteria and we’re set to apply for the once it starts in February 1, 2023.

But, most interested persons from the highlighted countries, it was gathered, may not be able to meet up as UK Department for Education has added fresh criteria for the job.

The United Kingdom government had also factored its citizens among those qualified to go for the teacher status.

The Department for Education had in its Qualified Teacher Status (QTS) which will enable non-UK indigenes find teaching jobs across the country, had only stated that applicants who major in subjects such as Mathematics, Sciences and some Language Subjects are eligible to apply.

According to the statement earlier published on its website for the job, interested applicants were asked to apply for the QTS through the Teaching Regulation Agency (TRA).

The information had stated that teachers from all eligible countries will have to show they meet a consistent set of criteria for the award of the QTS.

As interested persons were waiting for February 1 for them to apply, the UK Education Department announced some changes to the eligibility criteria.

In the amended eligibility criteria, some subjects were removed while other qualifications were added.

As seen on the UK government website, the corrected notice disclosed that there will be a subject eligibility restriction in some countries including Nigeria, Ghana, India, Jamaica, Singapore, South Africa and Zimbabwe.

According to the UK government, the move was to ensure it offers efficient and consistent service to all applicants for the job.

Among the reasons it gave for the amendment was for UK to prioritise the subject specialisms that are majorly needed by schools in England.

While disclosing that the restriction of the subject eligibility is temporary, the government said the change would allow it handle applications timely as they are being received.

It noted that the countries affected would be continued to be updated on further steps and that other subject of some areas of specialisations would be opened by May 2023.

Other qualifications added for applicants from Ghana, India, Jamaica, Nigeria, Singapore, South Africa or Zimbabwe included that they must also have one of the qualifications it newly released.

The change may drop the number of qualified in Nigeria and other countries listed.

The United Kingdom is facing the challenge of job shortages that is already berthing economic losses to institutions and organisations, Investors King has learnt.

The situation is fuelling inflation in the country, especially in the area of offsetting wages of the shrinking labour force.

It was gathered that most companies and organisations had to pay higher for workers who have had to work more and spend more time on duties.

Accordingly, Investors King can report that the situation of decline in manpower is affecting the country’s productivity and rendering of services.

To tackle the challenge, the government of the United Kingdom might be planning to review upward the number of hours international students can work during their studies.

It’s expected that when the extension is done, widening job vacancies across the country would be filled and inflation would be abated.

The nation’s ministers, after due diligence and planning, might extend the work hour limit for international students from 20 to 30 hours per week or to remove it completely.

Chancellor Jeremy Hunt was said to have indicated desire to boost the workforce in order to prevent employers from spending heavily on the existing workers.

It was gathered that the policy, if considered, would afford the students opportunity to work more and meet up with the financial needs even as they are contributing t the economic growth of the country.

The employment gaps were created following increasing economic challenge and the withdrawal process of the United Kingdom from the European Union.

Meanwhile, the consideration of the extension of the work hours for international students have been greeted with mixed feelings from stakeholders.

While some said the students would benefit in it if it is eventually adopted in terms of fetching them more money and boosting their job experience, others have expressed concerns that the development may affect the academic performance of the international students.

Some Nigerians were of the view that their relations schooling in the UK wouldn’t be affected negatively as it would encourage more people to study in the country.

For them, working longer hours while studying can help address the hike in the cost of living owing to the effects of inflation in the UK.

“If it can be done, I believe it will help a lot of us studying here in UK. We can strike a balance between our studies and work and I can assure you that there won’t be problem in either our work or studies.

“Due to the expensive prices if things here, we will be happy to over more sources whereby we can make legitimate income and this planned work extension would be a welcome idea to us studying here,” a Masters student in UK who simply identified himself as Wumi told Investors King.

However, others contended that the policy would make students to struggle with making good grades in their careers.