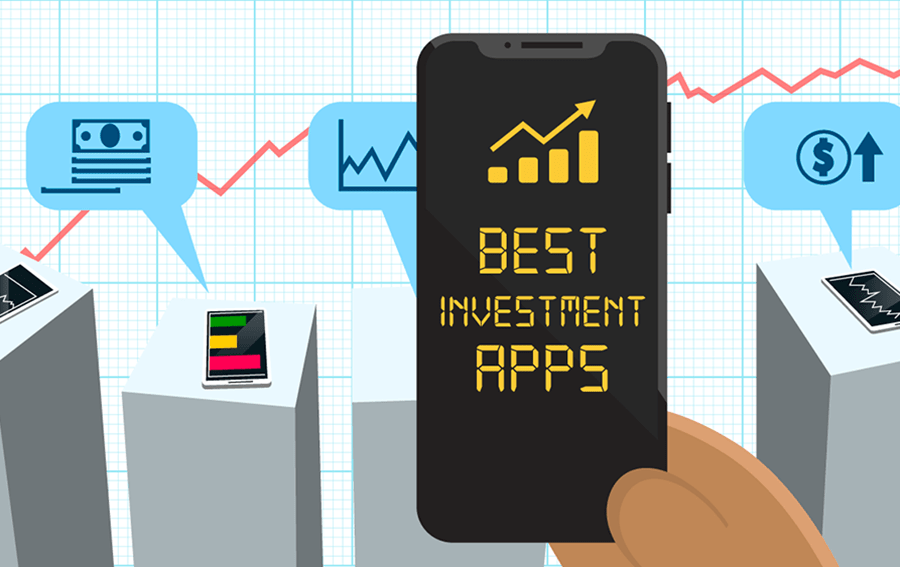 Over the past years, trading apps have revolutionized the way people interact with the world’s financial markets and stock exchanges, making it simple and easy to trade online, whether at home or on the go. The number of people using these apps to make investments and monitor market trends has grown constantly each year, but in 2021 it surged to all-time highs.

According to data presented by BuyShares, RobinHood, WeBull, Fidelity Investments, E*Trade and eToro, as the world’s top five trading apps, doubled the number of users in the last year to nearly 14 million as of July.

Stock trading has been moving to mobile for quite a while, and tech companies have been working on well-designed trading platforms to provide top-notch service to a new, tech-savvy set of users. That shift first started in the United States, where Robinhood has attracted tens of millions of users. On the other hand, the European market is still fragmented, with a handful of stock-trading apps slowly expanding to new markets.

According to AirNow data, RobinHood is by far the most popular trading app in the world. In July 2020, the app had around 4.3 million monthly active users. However, user numbers spiked in the first half of 2021, reaching a peak of over 9 million in May 2021. In July, around 7.3 million people worldwide used RobinHood to trade and make investments, 70% more than in the same month a year ago.

With 2.7 million monthly active users, or twice less than the leading RobinHood, WeBull ranked as the second most popular trading app globally. However, statistics show WeBull witnessed the biggest growth, with the number of users surging by 265% year-over-year.

Stock trading app developers are constantly innovating and adding new features to make portfolio management easier to do on the go. For example, many of the latest-gen trading platforms now feature AI-based tools to help users evaluate investment risks.

Besides having the largest user base, RobinHood also witnessed the biggest number of downloads this year. In the seven months of 2021, the trading app was downloaded 11.6 million times, close to the other top four apps combined, with almost one-third of all downloads happening in January.

WeBull was downloaded 5.6 million times in this period, 2.3 million more than the third-ranked eToro. Fidelity Investments and TD Ameritrade round the top five list, with 1.9 million and 1.2 million downloads, respectively.

Interswitch has added ‘Quickteller Transport’ to its arrays of innovative services to enrich travelers’ booking experiences.

This new feature will enable users to easily search and book inter-state trips from multiple travel operators across Nigeria.

Users will also be able to filter their search to specific or preferred operators, compare fares based on criteria such as vehicle type, departure point, and time, as well as access specialized functions provided by transport operators, including seat selection and preferred pick-up location option, all at their convenience.

Speaking at the launch, the MD of Interswitch Industry Ecosystems Division, Chinyere Don-Okhuofu disclosed that the ‘Quickteller Transport’ feature is another innovative step taken by the company in its commitment to continuously provide its customers with convenient access to lifestyle and payment services.

In her words, “Transportation is a necessary aspect of human life, enabling both social and economic interactions. In keeping with our culture of driving innovation and positively impacting consumer lifestyle in the society, we developed our Quickteller Transport service to provide added travel booking and payment convenience to our over 5 million customers.

“Built as a multimodal offering, we will be rolling it out to include other travel and transportation modes such as trains and ferries, working with operators across Nigeria.

“We are ecstatic to be launching this service. And as we launch our suite of new complementary services, Quickteller customers can be assured of our commitment to providing an excellent experience using Quickteller to access all their lifestyle and payment needs.”

Quickteller Transport is already embedded as a service on the Quickteller Web and Mobile app and is available for use by both new and existing Quickteller customers.

What Interswitch intends to achieve with the newly launched feature is to leverage technology in enabling the process of booking for transport and making payment seamless. The platform is robust and inclusive such that it caters to the needs of both the government and private companies.