Nigerian fintech startup, Kuda Bank, has raised $55 million in a Series B investment round at a valuation of $500 million. This comes after a recent Series A of $25 million announced by the company just a little over four months ago.

The latest round was co-led by existing investors Target Global and Valar Ventures, the firm co-founded and backed by PayPal co-founder, Peter Thiel. SBI Investment and other previous angels also participated.

Kuda plans to use the funds to build on its new services for Nigeria as well as prepare for a continental expansion. According to Co-founder and CEO Babs Ogundeyi, Kuda aims to build a new take on banking services for “every African on the planet.”

“We’ve been doing a lot of resource deployment has been in our operational entity, in Nigeria. But now we are doubling down on the expansion and the idea is to build a strong team for the expansion plans for Kuda,” Ogundeyi explained to TechCrunch in an interview. . “We still see Nigeria as an important market and don’t want to be distracted so don’t want to disrupt those operations too much. It’s a strong market and competitive. It’s one that we feel we need to have a stronghold on. So this funding is to invest in expansion and have more experience in the company with relation to expansion.”

“For Babs and Musty, it was always about building a pan-African bank, not just a Nigerian leader,” said Ricardo Schäfer, the partner at Target Global. “The prospect of banking over 1 billion people from day one really stood out for me at the beginning.”

Ogundeyi co-founded Kuda with the now CTO, Musty Mustapha, in the second half of 2019. The startup launched in Nigeria as a no-fees, digital-only bank with $1.6 million pre-seed funding. It has since witnessed significant growth.

As of November 2020, Kuda had 300,000 customers and was processing an average of $500 million worth of transactions per month.

By March this year, Kuda’s registered users had more than doubled to 650,000, after the startup processed $2.2 billion a month earlier. Presently, Kuda has 1.4 million people in its user base.

Beyond just basic financial services, Kuda now offers credit to its users by way of an overdraft allowance, which the company pre-qualifies the most active users for.

In the second quarter of the year, Kuda disbursed $20 million worth of credit to over 200,000 qualified users, with a 30-day repayment period.

According to Ogundeyi, Kuda has seen “minimal” default because of its approach. “We use all the data we have for a customer and allocate the overdraft proportion based on the customer’s activities, aiming for it not to be a burden to repay,” he said.

“Kuda is our first investment in Africa and our initial confidence in the team has been upheld by its rapid growth in the past four months,” said Andrew McCormack, a general partner at Valar Ventures. “With a youthful population eager to adopt digital financial services in the region, we believe that Kuda’s transformative effect on banking will scale across Africa and we’re proud to continue supporting them.”

Spleet, a Nigerian prop-tech startup that offers access to premium residential solutions, announced that it has raised a $2.6 million seed fund to scale its property management product. 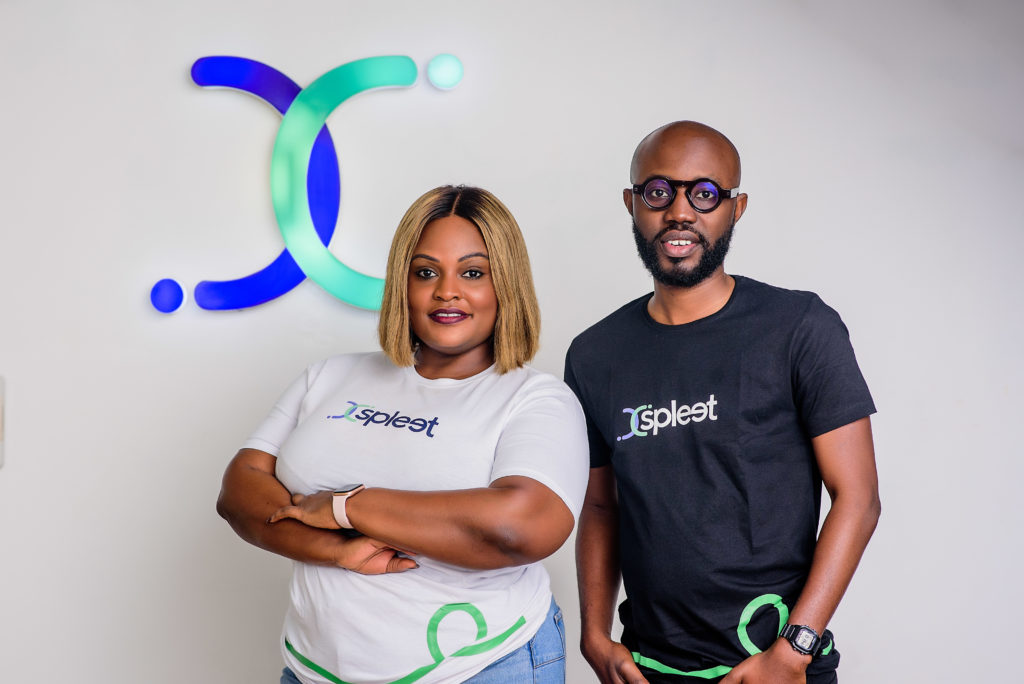 Spleet, a Nigerian prop-tech startup that offers access to premium residential solutions, announced that it has raised a $2.6 million seed fund to scale its property management product.

According to the company, it disclosed that the funds raised will be used to expand its product offerings for landlords, real estate brokers, and tenants across Nigeria and to explore other markets in Africa.

It also plans to expand its product offerings to include ‘Collect’, a service that automatically receives rent payments on behalf of landlords, as well as ‘Verify’ a tool that enables landlords and real estate agents to vet and carry out adequate background checks on tenants before offering lease agreements, and Rent Now Pay Later a no collateral affordable-interest rate rental loan product.

The seed round was led by Mac Venture Capital as well as several other investors such as Noemis Ventures, Plug and Play Ventures, Assembly Fund, Ajim Capital, Francis Fund, and other angel investors including Proptech operators; Eduardo Campos and Paulo Buchicher of Yuca, Maajed Chaaaraoui ofinsurami.

Speaking on the recent fund raised, the CEO of Spleet, Akintola Adesanmi said “This funding would go into deepening our product offerings for Landlords, real estate agents and tenants across Nigeria and testing out new markets.”

“The housing crisis is an enormous problem that impacts us at a global scale, and Africa is no exception,” said Marlon Nichols, co-founder and managing general partner at MaC Venture Capital.

“In countries like Nigeria, the requirement for tenants to provide 12 to 24 months of rent payment in advance creates a barrier for large parts of the population in accessing the rental market and essentially renders them homeless.

“MaC is proud to partner with Spleet as it continues to bring forward a comprehensive solution that effectively serves both sides of the housing market and makes true deposits to combating homelessness.”

Since its launch in 2018, the proptech startup has handled millions of dollars in rent, sheltered more than 1000 tenants, and signed up more than 35 private and corporate landlords.

It should be recalled that on March 15, 2022, Investors King reported that Spleet raised $625,000 in an oversubscribed pre-seed round led by MetaProp VC.

Algebra Ventures has announced that it has secured the first close of $100 million and expects to reach a final close by the end of the first quarter (Q1) of 2023.

Egypt’s leading tech venture capital firm Algebra Ventures has announced that it has secured the first close of $100 million and expects to reach a final close by the end of the first quarter (Q1) of 2023.

Last year in April, Algebra ventures secured a $90 million fund for startups in Egypt with an allocation for investments in the wider Middle East and Africa region. It was the sequel to it’s first $54 million fund invested in 21 startups across Egypt and the Middle East.

When the Venture capital firm predicted that it would attain its very first close in Q3 2021, it however had to wait an entire year to achieve that. Nonetheless, the delay afforded Algebra Ventures adequate time to exceed what it initially earmarked for the fund.

The firm recently disclosed in a statement that it has finalized a $100 million first close and expects to reach its final close by the end of Q1 2023.

Speaking of the recent funds raised the managing partners of Algebra ventures Tarek Assaad and Karim Hussein said, “Our second fund will pursue opportunities in various sectors by partnering with high-potential founders to address specific market gaps in these sectors.

“We haven’t made any investments in sub-Saharan Africa yet, but continue to build relationships in these markets,” added Hussein via email about the company’s prospective investments in neighboring markets”.

“We have seen ups and downs before and have been working closely with our portfolio companies to ensure that they have a solid financial position in this new environment.

“We continue to support our companies with strategic advice, funding, operational issues, and other matters as the need arises.”

Algebra Ventures is reportedly one of the few companies to have recently reached the first or final close of a large fund targeting the Middle East.

The Ventures capital firm reaching its first close at a larger size than its intended second fund is a colossal achievement. It highlights a decisive vote of confidence from investors in the company’s first fund. 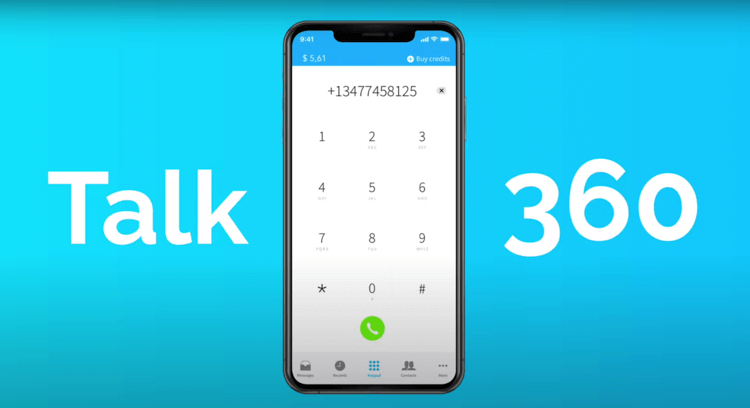 In May this year, Talk350 had raised $4 million in a seed funding round led by HAVAÍC. However, with the startup’s recent raise of an additional $3 million, the total investment raised so far is $7 million.

According to Talk360, it intends to use this new funding to launch a pan-African payment platform next year and increase its share of the VoIP market.

The payment platform will connect “all payment methods” across the continent, creating a diverse pool of localized payment methods, enabling international and local businesses to sell to African-based customers.

The company said in a statement, “The new platform will allow users across the continent to buy products and services using any currency and more than 160 payment methods. It will also be opened to other merchants”.

According to the Co-Founder of Talk360, despite the existing digital payment methods scattered across Africa, the startup is going to offer something more remarkable by offering micro-entrepreneurship and income-generating opportunities to users.

His words, “Our mission is to bridge distance and connect lives by offering reliable, affordable, and easy-to-use digital services, delivered in a localized manner to all communities, particularly emerging countries, so they can connect to the world

“But we’re not just solving socio-economic issues: we’re also offering micro-entrepreneurship and income generating opportunities to our growing network of agents across the country.”

The startup also has a network of agents, including PesaPoint in Kenya and Flash in South Africa, which enable users to purchase airtime vouchers from over 750,000 physical points of sale.