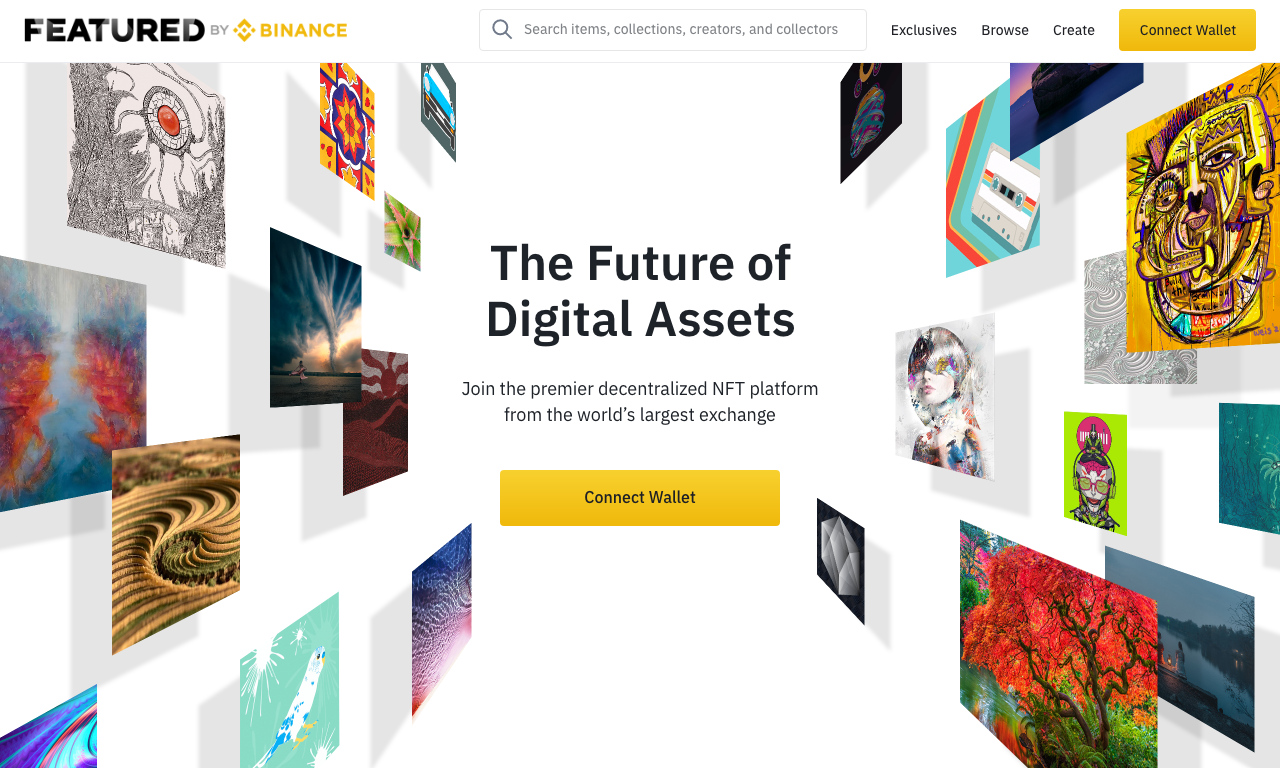 A digital artwork that only exists as a high-resolution file by British artist Adrian Chesterman, and which showcases the parallel between traditional money and cryptocurrencies like Bitcoin, is expected to surpass its reservation price of $160,000.

The Crypto Train, which is now in an online auction specializing in the hottest new investment trend, Non-Fungible Tokens (NFTs), was viewed by several of its owners’ high profile clients before going live.

NFTs are digital collectibles that are encoded onto a blockchain – the same technology on which cryptocurrencies run – creating a unique digital watermark showing ownership and the digital rights to that collectible.

In recent months many major household name artists and musicians, as well as global sports franchises and fashion brands have launched their own NFTS.  In April, auction house Christie’s sold a digital-only artwork, and it became the third-most-expensive work ever sold by a living artist.

“Even before The Crypto Train went to auction, we received significant offers from serious crypto enthusiasts and Silicon Valley investors who are the ones who currently seem to most understand this exploding virtual investment trend,” says Stephen Howes, Director of Thomas Crown Art, a leading independent international art agency.

He continues: “They know – like most major global brands are just now only getting to know – that NFTs are an investment megatrend of the decade.

“This is the next stage in art history and they don’t want to miss out on the early adoption stage.  This is why they were expressing keen interest before the auction, probably hoping to bag themselves a bargain.

“This pre-auction interest suggests that the artwork will surpass its $160,000 reservation tag.  I wouldn’t be surprised if it were eventually sold for $270,000+, such is the demand.”

Howes adds: “But the interest is not only driven by investment potential. In its own right as a piece of art, it’s a fascinating piece which depicts the never-seen-before battle for dominance between traditional and cryptocurrencies in the increasingly digitalised global financial system.”

Of the digital artwork, internationally renowned artist Adrian Chesterman (London, 1955) says: “My mission was to create a visual metaphor which could bridge the historic distance between traditional monetary mechanisms, such as gold and coins, and the new virtual world of cryptocurrency, such as Bitcoin and Ethereum.

“I considered a locomotive to be the perfect vehicle to represent such a metaphysical journey, being as it is a land-based, fast-moving machine that relentlessly pushes in one direction…. forwards. A mechanical beast that is powerful, unstoppable, magnificent, man-made but inherently beautiful.”

He goes on to add: “Wealth and its material presentments, such as gold, coins, banknotes and crypto, are all functional solely by the consent of society.

“They have ‘value’ only by the fact we are all in agreement that they should have value as such.

“Therefore, cryptocurrency has the same effective value as any of the others, even gold which of course has no inherent value of its own. We imbued the monetary value upon it, same as banknotes, coins and crypto, by mutual consent.

“This is why the monetary representations contained within the image are semi-transparent and nebulous, here but not here, ethereal but real. For now, anyway.”

Chesterman had his first exhibition of paintings at Liberty’s in Regent Street whilst still at the Royal College of Art London, progressing to exhibitions in the Pompidou Centre in Paris, amongst other major international galleries.

A multi-talented artist, he has worked on the publicity art for Spielberg’s Jurassic Park; the set for Andrew Lloyd-Webber’s Sunset Boulevard; advertising commissions for Coca Cola; original designs for theme parks in the United Arab Emirates and China; Spiderman games for MGA in Los Angeles; illustrated innumerable book covers, notably for Jackie Collins, Jack Higgins and Dick Francis; and he has illustrated many music album covers including the acclaimed Bomber cover for Motörhead, The Meaning of Life album and book cover for the Monty Python team and the acclaimed The Road to Hell album cover for Chris Rea, amongst many other projects.

Of Chesterman’s The Crypto Train digital artwork, Stephen Howes recognizes that there are still many NFT skeptics.

He affirms: “Those who knock the idea of art solely in digital form would have been those people who knocked the potential of the internet in the 90s and who would have said Amazon as an online retailer ‘won’t catch on’ in the 2000s.”

Japan’s Cautious Approach to CBDC Could Have Ripple of Implications

Luno is a digital currency exchange facility that offers an exchange platform for customers to buy, sell and store digital currencies as well as pay for products and services using a cryptocurrency wallet.

The cryptocurrency exchange platform, Luno, saw remarkable growth with the addition of one million customers in less than five months.

Africa is one of Luno’s strongest markets with over 45 percent of the one million new customers added since June are based in Africa.

Marius Reitz, GM for Africa at Luno commented: “The average value of first deposits made by our million new customers is around USD32. Most new customers (83%) bought Bitcoin, while 27% bought Ethereum and 23% bought Ripple. Of the new customers, 35% are aged between 18 and 24, and gender splits align with trends in financial services – almost three quarters (65%) are male.”

Luno was founded in 2013 by Marcus Swanepoel, an ex-investment banker, and Timothy Stranex a software engineer who had previously worked with Google.

“As we hit the 9 million customer mark, it is a fitting symbol that Luno’s logo now adorns an iconic building in Cape Town’s unofficial financial district on the foreshore. Staff numbers have swelled to over 600 across the UK, South Africa, Malaysia, Indonesia, Nigeria, Australia and Singapore, and we are actively hiring over 60 specialists,” says Reitz.

Reitz affirmed that it took Luno five years to build a base for its first one million customers in 2017. “Luno’s growth has accelerated significantly since then. In the last year alone, we have added over 3.6 million new customers,” he says.

Luno was acquired last year by US-based DCG, the world’s largest blockchain investor and is targeting a billion customers by 2030.

Cryptocurrency investors of today are likely to be the “masters of the metaverse”, which has the potential to change how we live, interact and do business, predicts the CEO of one of the world’s largest independent financial advisory, asset management and fintech organisations.

The prediction from Nigel Green, the CEO and founder of deVere Group, comes as Facebook announces plans to hire 10,000 people in the European Union to develop a so-called metaverse.

“The metaverse has the potential to help unlock access to new creative, social and economic opportunities,” the tech giant said in its blog.

The term ‘metaverse’ gives a virtual parallel to physical reality where a community of people can interact in the form of avatars. It refers to the merging of physical, augmented, and virtual reality in a shared online environment.

Mr Green says: “Facebook’s announcement once again underscores that the metaverse is not being seen by those-in-the-know as an ‘extension’ of the internet, but as its successor.

“It will become the entrance to almost all digital experiences and an integral part of most physical ones, meaning it will fundamentally change the way we live, interact with each other and do business.

“It will revolutionise economies, it will be the key to the creation of whole new generations of companies, and this is why the big tech firms are jumping in – no one wants to be left behind something so monumental.”

He continues: “The metaverse is being built and run on blockchains and decentralised applications, which is the same cutting-edge technology used by cryptocurrencies like Bitcoin and Ethereum.

“In addition, in the virtual worlds which will reshape how we spend our time and our money, financial transactions will, of course, have to be digital.

“This means that cryptocurrencies are likely to become the sole legal tender accepted in the metaverse.

“All of this is a huge advantage to anyone investing in crypto today.  Prices of major cryptocurrencies are likely to soar enormously in the next few years.  As such, those buying now will be taking advantage of the lower entry points.

“Their purchasing power within the digital space can be expected to be huge as a result: they will be the ones who are the Masters of the Metaverse.”

Everything is very much still in the early stages, and it might be another decade or so until the potential of the metaverse is fully realised.

But, concludes Nigel Green, there is a “massive advantage” for early adopters of new tech – “just ask Facebook boss Mark Zuckerberg” – as well as those who “invest earlier on in the currencies of the future.” 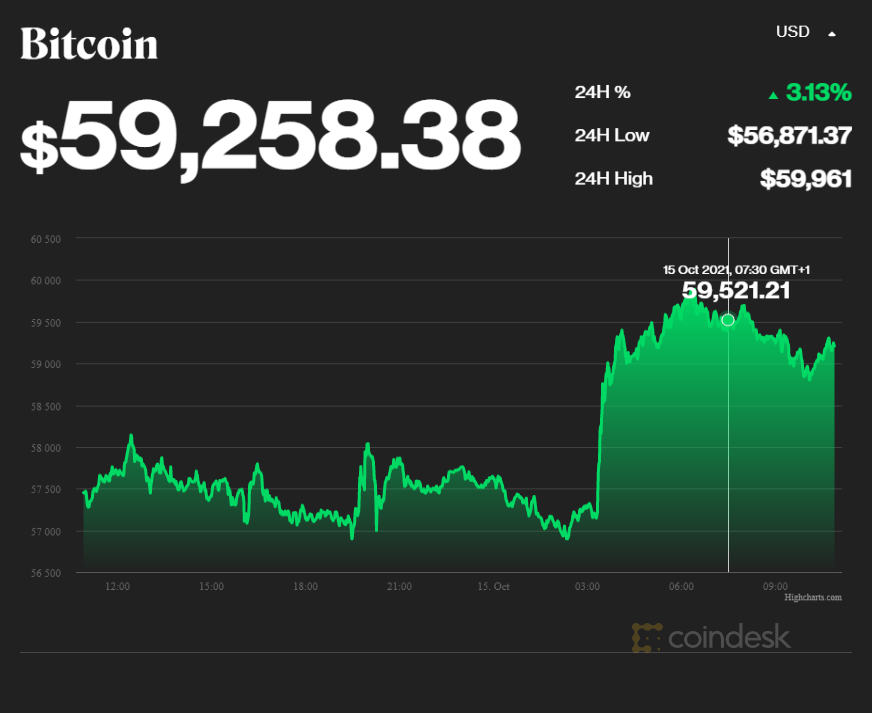