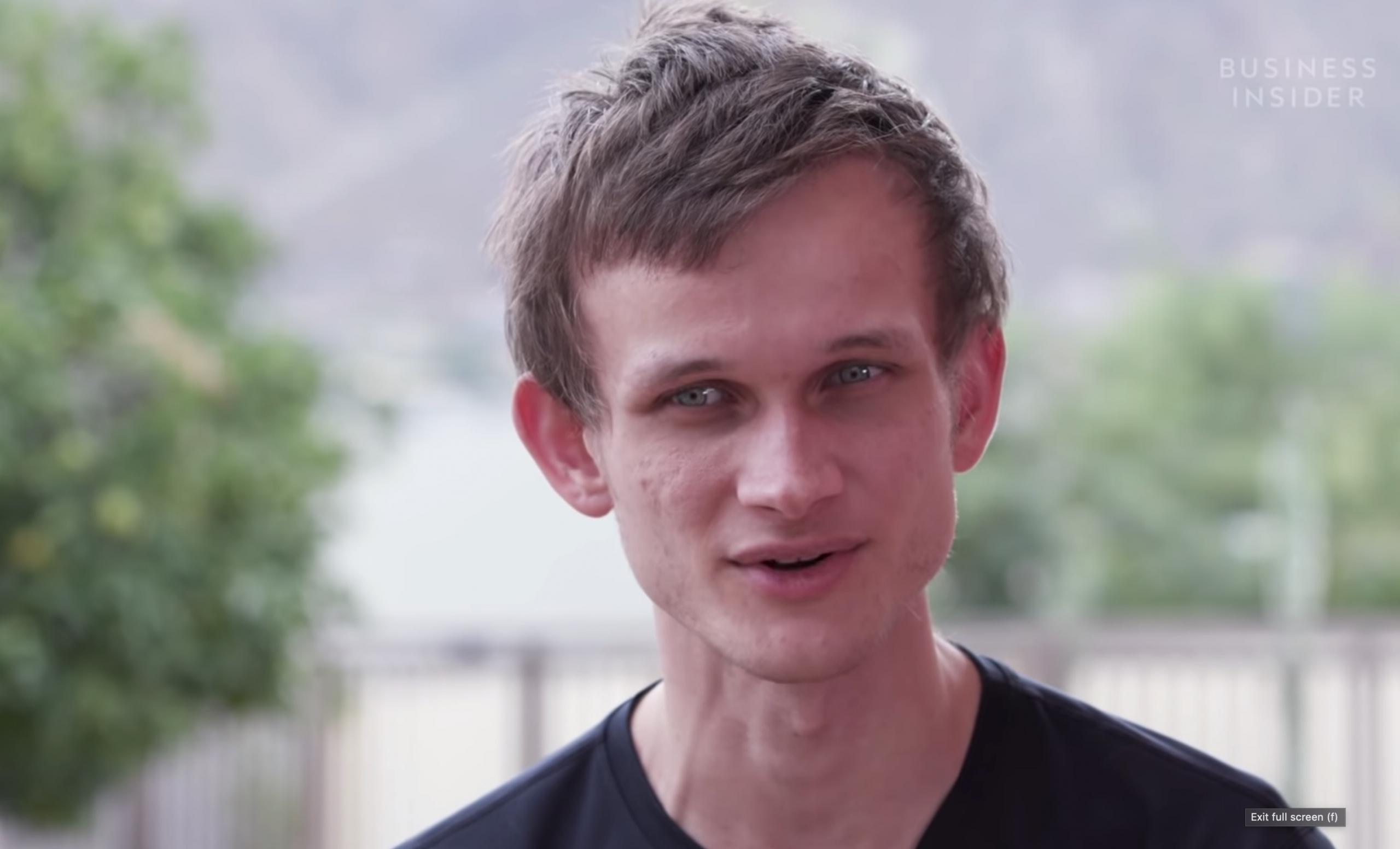 Users and developers of the world’s most-used blockchain have been wrangling with its carbon-footprint problem for as long as it’s been around. Now, they say, several recent breakthroughs will finally enable them to drastically cut energy use in a year or less.

Ethereum and better-known-rival Bitcoin both operate using a proof-of-work system that requires a global network of computers running around the clock. Software developers at Ethereum have been working for years to transition the blockchain to what’s known as a proof-of-stake system — which uses a totally different approach to secure the network that also eliminates the carbon emissions issue.

The change — delayed by complicated technical setbacks — couldn’t come soon enough for the cryptocurrency world, which weathered one of its biggest bouts of volatility ever this month after Elon Musk announced that Tesla Inc. would stop accepting Bitcoin as payment for cars because of the surging energy use. Bitcoin’s network currently uses more power per year than Pakistan or the United Arab Emirates, according to the Cambridge Bitcoin Electricity Consumption Index. The compilers of the index don’t measure Ethereum energy use.

“Switching to proof of stake has become more urgent for us because of how crypto and Ethereum have grown over the last year,” Vitalik Buterin, the inventor of Ethereum, said in an interview. He’s hoping the change is made by year end, while others say it will be in place by the first half of 2022. That’s about a year earlier than was expected in December.

“I’m definitely very happy that one of the biggest problems of blockchain will go away when proof of stake is complete,” said Buterin, who has been advocating for the shift since the blockchain was launched in 2015. “It’s amazing.”

The change could help boost the price of the cryptocurrency Ether, which is necessary to use Ethereum, as investors who are environmentally conscious take note of its vastly smaller carbon footprint. Much of the criticism of proof of work has come from millennials and investors who value positive environmental, social and governance, or ESG, standards.

“It’s hard to ignore that the ESG narrative is going to be big,” said Wilson Withiam, an analyst at Messari who specializes in blockchain protocols. “If you’re looking at Ether as an investment, it doesn’t have that looming over it.”

Pantera Capital, an early Bitcoin investment firm, agreed. “Ethereum has a massive ecosystem of decentralized finance use cases with rapidly growing adoption,” Dan Morehead, founder of Pantera, wrote in a May 10 note to investors. “Combine these two dynamics and we think Ethereum will keep gaining market share relative to Bitcoin.”

The transition Ethereum developers are making is a huge undertaking. They have to create, test and implement an entirely new way of securing their network while maintaining the existing blockchain. Then when the time is right, they’ll merge the existing blockchain into the new architecture that uses proof of stake to verify transactions. The shift will also radically increase the speed of transactions that Ethereum can process, making it more competitive with established payment networks like Visa or Mastercard.

Proof of work uses the capital costs of buying and maintaining computer hardware as well as the electricity to run them as the economic investments that must be paid by the people who are securing the network, known as miners. In return, the first miner to verify the latest batch of Bitcoin or Ethereum transactions is rewarded with free Bitcoin or Ether.

That system has come under fierce criticism for years, most recently by Musk, who called recent consumption trends “insane.”

In proof of stake, the cryptocurrency Ether replaces hardware and electricity as the capital cost. A minimum of 32 Ether is required for a user to stake on the new network. The more Ether a user stakes the better chance they have of being chosen to secure the next batch of transactions, which will be rewarded with a free, albeit smaller, amount of Ether just as in proof of work.

So far, more than 4.6 million Ether have been staked in what’s called the beacon chain, worth about $11.5 billion at an Ether price of $2,503. That means once proof of stake is in place, the only electricity cost will come from the servers that host Ethereum nodes, similar to any company that uses cloud-based computing.

“Nobody talks about Netflix’s environmental footprint because they’re only running servers,” said Tim Beiko, who coordinates the developer work on the new network for the Ethereum Foundation, set up to fund and oversee development of the Ethereum protocol.

Danny Ryan, a researcher at the foundation, said Ethereum’s proof of work uses 45,000 gigawatt hours per year. With proof of stake, “you can verify a blockchain with a consumer laptop,” he said. “My estimates is that you’d see 1/10,000th of the energy than the current Ethereum network.”

One of the first breakthroughs came when developers created a system where contracts on Ethereum can be executed off the main chain, what’s known as roll ups. That takes an enormous amount of pressure and demand off of the main underlying network, and also means fewer changes to the network need to be made.

Investors Load Up Ethereum After Intense Selloff In May- CoinShares Reports

Investors Load Up Ethereum After Intense Selloff In May- CoinShares Reports

According to a report released by CoinShares, Ethereum hits its highest ever crypto-market share as investors load up following a dramatic May selloff.

Ethereum’s market share leaped to its highest point on record during the last week of May as investors took advantage of a price drop.

Ethereum prices and those of other cryptocurrencies were throttled lower as part of a massive selloff in the space, fronted by a plunge in bitcoin below $32,000 as the crypto market faced regulatory threats. Officials in China again said they would crack down on mining and trading of bitcoin, citing environmental and social concerns, and the US Treasury outlined plans to have cryptocurrency transfers of at least $10,000 reported to the Internal Revenue Service.

But that “digital price weakness” also propelled investors to push $74 million in the market as trading wrapped up in May, CoinShares said.

Ether’s price hit its lowest point of the month on May 23, sliding by 24 percent to $1,737.47 from the previous session. The cryptocurrency had already been under pressure the week before as it was knocked down from above $4,000.

“The price correction had a minor impact on investment flows the previous week, but this looks to have recovered, with all product providers seeing inflows,” said CoinShares about ethereum. Ethereum eventually trimmed May’s price decline to roughly 2 percent.

Inflows across crypto assets reached $298.4 million in May, putting total assets under management at $45.1 billion, the analytics firm said.

Cryptocurrency has become more prominent than ever before and one of the digital coins making the most noise is Ether. Unlike its closest crypto rival Bitcoin, people can build applications on top of Ethereum (the open source blockchain technology behind Ether), therefore making it a very attractive proposition for existing and potential investors.

With the digital currency hitting a record high of over $4,000 per Ether this month (May 2021), Invezz.com utilised online analytics tool Ahrefs to establish which countries in the world are most interested in Ether.

In second place is Germany, as there is an average of 736,300 online searches every month from Germans regarding Ether.

Turkey is in third position with an average 408,500 online searches a month from Turks curious about Ether.

In 17th place is Nigeria where there are an average 42,900 online searches each month from Nigerians checking the latest developments surrounding Ether.

At the other end in 20th position is Austria, where there are an average of 37,700 online searches per month from Austrians interested in Ether – comparable to 1,216 online searches a day.

Jayson Derrick from Invezz.com provides his expert insight on Ether:

“Ether exploded in value over the past year and likely generated life-changing returns for early investors who truly understood the concept from day one.

These days we are noticing high levels of interest from wealthier investors (i.e. those with at least $1 million in assets) who want exposure to cryptocurrencies. These investors tend to be more cautious in how they manage their life savings: they own physical gold bars and have taken advantage of IBM’s dividend reinvestment program for decades.

These investors tend to be more sophisticated and will pay for professional investment advice to maximize their return. They are not interested in “meme” cryptos like Dogecoin. Rather, they are interested in Ethereum and other large-scale coins because of their real life use.

Investors can see Ethereum DeFi projects playing out in real-time. Those who believed in the 2010s that Ether and Bitcoin were a “fad” are quickly changing their thought process and looking to invest now.

By 2030 the world of finance will likely not at all resemble what it looks like today and this is apparent to anyone paying even minimal attention. The extent that Ethereum will play in terms of financial transactions and smart contracts will be exponentially higher over the coming years.

This implies that the era of cryptocurrencies is still in its very early stages. Buying Ethereum at current levels, even close to the all-time high of $4,000, makes sense for investors with a long-term timeframe. A reasonable amount of exposure to Ethereum as part of a well-diversified portfolio across multiple asset classes is certainly a logical investment strategy and one that would be hard to argue against”.

Thirty-five experts have come together to predict the price of ethereum, the second-largest cryptocurrency after bitcoin. On average, they expect the price of ether to hit $19,842 by 2025. The majority of panelists say now is the time to buy ethereum while 28 percent say to hodl.

The “Finder Cryptocurrency Predictions 2021” which was updated Monday predicts that the price of ether will be nearly $20K by 2025 according to 35 experts on Finder’s cryptocurrency panel. The report says: “By 2025, the panel expects Ethereum to hit $19,842 on average.”

The ethereum price, after beginning the year at under $1,000 per ether token, has smashed through $4,000—climbing alongside bitcoin and most other major cryptocurrencies.

Now, an expert panel has predicted ethereum is set to soar to almost $20,000 by 2025, an increase of 400 percent from its current price, with “major upgrades” to the ethereum network potentially pushing it higher.

The highest forecast came from Bitbull Capital COO Sarah Bergstrand who believes that the price of ether would be $100,000 by 2025. “We are likely to see major upgrades to the Ethereum network this year, and those can be expected to push the price higher,” she explained.

One of the most bearish forecasts came from UNSW associate professor Elvira Sojli who predicted that ETH will end 2025 at just $1,850.

The report continues: “The majority of panelists (59 percent) say now is the time to buy ethereum, while 28 percent say ‘hodl’ and 13 percent say it’s time to sell.”

As for the price prediction for the year 2021, the report notes that the “Panellists predict that the price of Ethereum will hit $4,512 on average by the end of the year. That’s a 234% increase from December’s end-of-year prediction of $1,351.”

One of the highest forecasts came from YAP Global founder and CEO Samantha Yap who noted that the price of ether would be $10,000 at the end of this year, emphasizing that “once BTC is mass adopted, ETH will be next on people’s list.”

Paul Ennis, a lecturer and assistant professor at the University College of Dublin, arrived at the same forecast of $10K for ETH this year, “arguing ethereum is highly undervalued and has far more uses than bitcoin.”

LMAX Group’s cryptocurrency strategist, Joel Kruger, gave a more moderate forecast of $2,000. He is also convinced of “ethereum’s potential, viewing the currency as the major hub of innovation on the blockchain.” He described that “As crypto adoption continues, most of that innovation will therefore be hosted on Ethereum, which we expect will translate into a much higher valuation.”