The Central Bank of Nigeria (CBN) has insisted that the states must begin the repayment of the budget facility taken from the apex bank this May.

The Governor of the Central Bank of Nigeria, Godwin Emefiele, disclosed this at the virtual meeting of the National Economic Council (NEC) presided over by the Vice President, Yemi Osinbajo, on Thursday.

At the meeting, the Governor of Ekiti State and the Chairman of the Nigeria Governors Forum, NGF, Dr. Kayode Fayemi, explained that the governors wanted the repayment to be deferred.

According to Emefiele, several challenges could arise from repayment delay given that it concerned auditing.

However, Vice President Yemi Osinbajo has stated that he will be meeting with state governors, the Minister of Finance, Budget and National Planning, and the Governor of Central Bank of Nigeria to resolve the disagreement over the repayment of the budget support facility obtained by the states.

Laolu Akande, the Senior Special Assistant to the President on Media and Public, Office of the Vice President, said in a statement, “on the Budget Support Facility, state governors restated their request to defer the repayment of the loans, which was to have started this month. Ekiti State Governor, Dr. Kayode Fayemi, who is also Chairman, Nigeria Governors’ Forum, reported interactions with the Finance Minister and the CBN Governor regarding the matter.

“The CBN governor, Godwin Emefiele, also emphasized the importance of the timely repayment of loans, especially those owed to commercial banks, indicating the challenges inherent in a further delay in payment, including audit concerns. He said the repayment of the commercial loans should resume this month.

“In addition, the Vice President stated that he will be holding a meeting soon with representatives of the State Governors, the Finance Minister and the CBN Governor to resolve the issue raised.”

• Revenue of N9.1 billion, higher than prior year by 51%.
• Gross profit of N2.7billion million, with gross margin of 30%.
• Operating expenses of N2.2billion with operating expenses as a percentage of sales of 25%, a 179bps improvement from 27% prior year.
• Other income of N253million, 279% above prior year due to profit from sale of a non-core asset.
• EBIT of N710 million, with EBIT margin of 8%.
• Profit Before Tax of N851 million, with PBT margin of 9%.
• Profit After Tax of N614 million, with PAT margin of 7%.
• Increased working capital deliberately to ensure sufficient raw material availability to continue production, hence inventory increased by N2.8 billion from Dec 2020.
• Trade and other receivables increased by N366 million in line with higher revenue.
• Strong cash position of N3.3 billion, with the key movement from Dec 2020 being the N1.5 billion paid to shareholders as dividends.

Commenting on the performance, Managing Director, David Wright, stated: “The merger between Chemical and Allied Products Plc (CAP) and Portland Paints and Products Nigeria Plc (Portland Paints) was successfully completed on the 1st of July 2021 with CAP being the surviving entity.

The financial results for the third quarter of 2021 reflects the combined entity. Despite the challenging environment, we continue to generate higher sales across our product portfolio.

Revenue improvement has been driven by (i) strong volume growth, (ii) price increases and (iii) new products in our portfolio, following the merger.

Raw material cost escalation remains a key concern and we will continue to carefully assess pricing. In addition to pricing, we will focus on production and operating efficiencies in order to protect margin”. 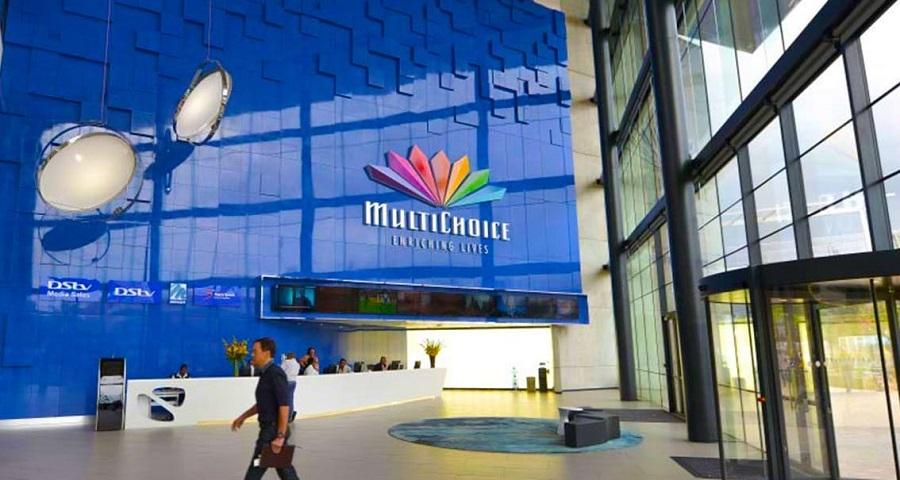 The fierce tax battle between Multichoice Africa Holdings B.V., the parent company of Multichoice Nigeria and the Federal Inland Revenue Services (FIRS) has finally been struck out by the Tax Appeal Tribunal.

The Tax Appeal Tribunal struck out the appeal instituted by Multichoice Africa Holdings B.V against the Federal  Inland Revenue Services (FIRS) over the $342 Million disputed tax. Multichoice engaged FIRS over the assessment of the company’s unpaid Value Added Tax (VAT).

The Tribunal while delivering its judgment on the appeal filed by Multichoice upheld the preliminary objection of the FIRS against the appeal of Multichoice and said the South African company did not comply with Order 3 Rule 6 of the Tax Appeal Tribunal (Procedure) Rules, 2021, which requires that an appellant is to deposit half of the assessed amount it is disputing before it can be heard on appeal. In addition to depositing the sum, the appellant is required to file along with its appeal an affidavit verifying the payment, Multichoice Africa also failed to comply with this.

FIRS served Multichoice Africa Holdings B.V a notice of assessment of unpaid VAT on the 16th of June 2021, FIRS claimed that although the company provided services to its Nigerian arm, Multichoice Nigeria, it had not paid VAT since inception.

Mutichoice is not the first South African company to have a battle with the FIRS, MTN has had its squirmishes with Nigerian authorities in the past. The federal government had said the multinational telecoms firm owed taxes from 2007 to 2017. The case was referred to FIRS with a view to settling the case amicably.

The Road Infrastructure tax credit scheme is a public-private partnership (PPP) intervention that grants income tax credit to companies and individuals that provide funding for the refurbishment and rehabilitation of roads.

Three of Nigeria’s leading corporations have revealed that they paid a combined N14,273,553,510 in Company Income Tax (CIT) in the three months ended September 30, 2021.

BUA Cement Plc, Guaranty Trust Holding Company Plc and the United Bank for Africa Plc were the listed corporations that announced via their various unaudited financial statements released this week how much that paid in the third quarter (Q3) and the year to date.

Nigeria’s Company Income Tax (CIT) rate is 30 percent for large corporations, firms with gross turnover greater than N100 million, and it is assessed on a preceding year basis – tax is charged on profits for the accounting year ending in the year preceding assessment.

Breaking down the numbers, BUA Cement paid N2.256 billion in the third quarter of 2021, an increase of 48.78 percent from N1.516 billion paid in the same quarter of 2020. The company posted a profit before tax of N24.766 billion for the quarter under review.

However, because the amount paid (or estimated to be paid) is below 30 percent stipulated in the nation’s tax law, a better explanation for the uncaptured amount, which Investors King estimated at N5.174 billion, would be the tax credit Federal Government offered BUA Cement during the period.

United Bank for Africa Plc (UBA) paid N3.152 billion in CIT in the quarter under review. A 481.5 percent jump from N542 million paid in the corresponding quarter of 2020. The leading bank realised N47.166 billion profit before tax in Q3 2021. Also, the amount captured does not include tax credit.

This brings the total amount paid by the three leading corporations to N14.274 billion.