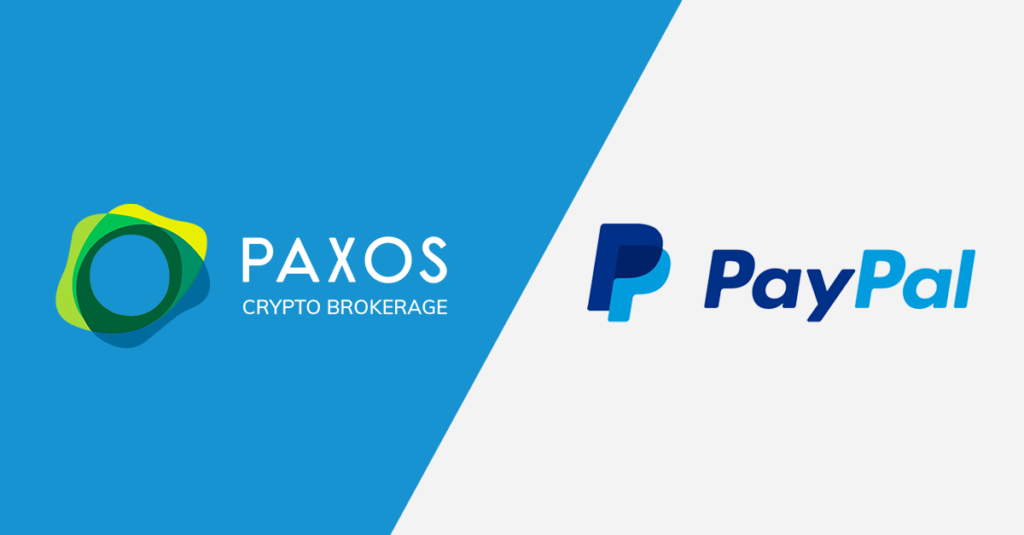 Paxos, a major cryptocurrency company and PayPal’s crypto collaborator, has completed a massive fundraising round shortly after receiving preliminary approval to form a national trust bank.

The newly raised funds will help Paxos continue investing in the development of enterprise-grade infrastructure and further grow its commitment to regulation, security and compliance, as well as expand operations, the firm said.

Following preliminary approval granted by the United States Office of the Comptroller of the Currency last week, Paxos also plans to establish the Paxos National Trust Bank in the near future. The company also applied for a clearing agency registered with the Securities and Exchange Commission and is pursuing a Major Payment Institution license in Singapore.

Paxos co-founder and CEO Charles Cascarilla said that demand for the company’s enterprise solutions has accelerated much faster than the firm had anticipated.

The Minister of Aviation, Hadi Sirika, has said private investors are expected to raise the $250 million needed to commence the new national carrier.

The minister stated this in a document detailing the status of the Aviation Road Map.

Sirika said the project development phase has been completed with the development of the Outline Business Case (OBC) and subsequent issuance compliance certificate by the Infrastructure Concession Regulatory Commission (ICRC).

“The next step which will involve the commencement of the procurement phase is placement of Request for Qualification (RFQ) in local and international media. $250 million approximately is to be raised to start up the airline by private investors,” he said.

“The government is providing the required support by enabling an environment in terms of sustainable policies, allocation of BASA routes, provision of financial guarantees and ensuring fiscal incentives to sustain the success of the airline,” he said.

As for the establishment of Maintenance, Repair and Overhaul (MRO) Centre, Sirika explained in the document that the Ministry is at advanced stage in the procurement phase, adding that ‘a preferred partner has been selected, the next step I commencement and negotiation with the preferred partner and finalisation of Full Business Scale (FBS).

“The proposed independent MRO facility in Nigeria will serve the maintenance demands of airlines in West and Central Africa and also provide maintenance for national carrier and African leasing companies. The MRO will be structured as a Build Operate and Transfer (BOT) model with the government acting as both the grantor of the concession and facilitator of the project, while the private partner consortium will be responsible for designing, building, financing, operating and maintaining the proposed facility for an agreed concession period.

“The consortium is expected to comprise an Independent MRO company, real estate development company, construction company, financial and institutional investor. The proposed facility will have the capacity to serve both narrow- and wide-bodied aircraft maintenance requirements and will be located in Abuja, Nigeria”.

Coin Metrics, the leading provider of crypto financial intelligence, announced that it raised $15 million in Series B financing, led by Goldman Sachs.

They are joined by new investors Acrew Ventures, Morningside Group, BlockFi and Warburg Serres Investments. Mathew McDermott, Managing Director at Goldman Sachs, and head of their blockchain and crypto expansion efforts, will join Coin Metrics’ Board of Directors.

The company institutionalized their network and market data offerings over the past 18 months, creating a resilient infrastructure to meet the needs of the most discerning organizations. Their index offering, which leverages elements of the market and network data offerings, has been adopted by some of the largest names in the cryptoasset ecosystem, including Fidelity Investments, Osprey Funds and BlockFi.

Additionally, Coin Metrics recently announced several new products, including a network risk management offering, FARUM™, and a universal block explorer, ATLAS™, both of which leverage the infrastructure of the existing data business. “FARUM and ATLAS are perfect complements to our network and market data products,” said Tim Rice, co-founder and CEO of Coin Metrics. “The tremendous interest we are seeing in these offerings reinforces the value of on-chain data to institutions engaging in cryptoassets. I couldn’t be more proud of what the team has built over the past 12 months. Our data is clearly on a path to becoming an integral part of the infrastructure for the future of finance.”

“Data is critical for the mainstream adoption of cryptoassets by traditional investors and financial services players. Our clients will greatly benefit from Coin Metrics’ institutional-grade data insights and emerging risk management tools,” said Mathew McDermott, Global Head of Digital Assets of Goldman Sachs. Marianna Lopert-Schaye, in Firmwide Strategy at Goldman Sachs added, “Coin Metrics is at the forefront of innovation and institutionalization in the digital asset markets. We are excited to be leading their Series B, thereby enabling their growth and supporting their mission to be the leading provider of data-driven market insights and intelligence for institutions in crypto.”

Since its Series A in 2019, Coin Metrics has built a world-class team, marrying cryptonative talent with veterans of the traditional financial services and data industries. The company will continue to focus on attracting the best talent to set the industry standard for how crypto networks and assets are monitored and analyzed and share insights and intelligence to enhance the cryptoasset ecosystem as a whole.

Goldman Sachs is continuing to seemingly warm to more companies and financials innovations of the crypto space this year. Last week, the firm identified 19 stocks from crypto and blockchain firms that had outperformed the S&P500 in the year to date.

The financial giant is also reportedly preparing to make Bitcoin (BTC) and other cryptocurrencies available to its clients in the second quarter of 2021. 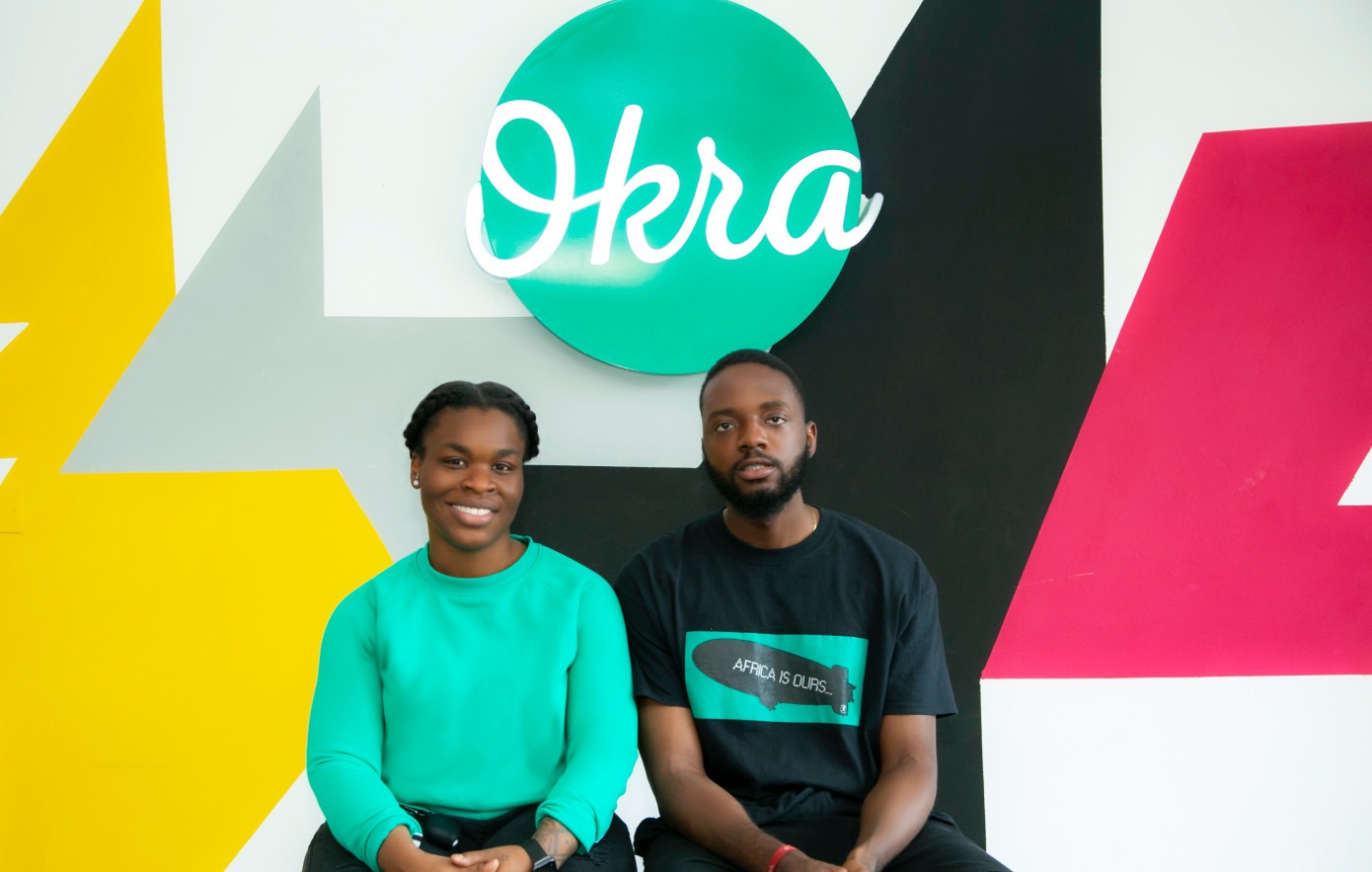 Today, Nigeria’s API fintech Start-up, Okra the first to gain mainstream attention, is announcing that it has closed a seed round of $3.5 million. This was after it closed a $1 million pre-seed in 2020.

U.S.-based Susa Ventures led this latest tranche of investment. Other investors include TLcom Capital (the sole investor from its $1 million pre-seed round in 2020), newly joined Accenture Ventures, and some angel investors. In total, Okra has raised $4.5 million in two rounds and the company will use the investment to expand its data infrastructure across Nigeria.

Okra describes itself as an API “super-connector” that creates a secure portal and process to exchange real-time financial information between customers, applications and banks.

Okra was founded in June 2019 by Fara Ashiru Jituboh and David Peterside. Since its launch in January 2020, Okra has aggressively pushed by connecting to all banks in Nigeria and even claims to have a 99.9 percent guaranteed uptime.

Its business model provides integrations to developers and businesses into existing banking services and takes commissions off subsequent transactions. These integrations include accounts authorization, balance, identity, income, payments and transactions. Per partners (developers and businesses), they are well over 100 with some big names like Access Bank, Aella, Interswitch and uLesson.

Ashiru Jituboh tells TechCrunch that besides making APIs, Okra is in the business of selling “digital first-experiences and transformation”.

“We are building an open finance infrastructure that enables developers and businesses to offer digital-first experiences and financial products,” she said. “We’re at a point where businesses are realizing that digital transformation is one of the most conversation happening in most boardrooms. So for us, we’re essentially just making tools and services needed to achieve digital transformation at scale with our APIs.”

“I think it’s a good indicator that we’re on the right trajectory in terms of traction,” COO Peterside added.

According to Peterside, Okra is preparing for unforeseen circumstances by taking the initiative and engaging with the regulators in its space. Since 2018 when the EU released the General Data Protection Regulation (GDPR) to deal with data protection and violations resulting from it, most African countries have mirrored these laws for their region. In Nigeria, there’s the Nigeria Data Protection Regulation (NDPR), and due to its similarities with the GDPR, Peterside believes Okra has nothing to worry about — at least for now.

“In terms of what the law says, I think the fine print is clear not just in Nigeria but globally, so how we operate as a business is straightforward. But in terms of what we think, the regulators whether they make the necessary decisions… we can’t really speak about that but generally, the laws and global standards are clear,” he said.

If the company succeeds in keeping harmful regulations at bay, it can grow at whatever pace it wants. However, a bane that might threaten this pace is hiring, according to the CEO. “The one challenge I’ll say we face has to be hiring,” Ashiru Jituboh said.

“We want to ensure that we’re solving our customers’ problems as fast as possible and give the clients the support they need. We want to make sure our hiring speed is the same as the speed of our growth and I think being able to raise capital is one of the solvers of that problem… making sure we’re bringing great talent and building a great team,” she added.

Ashiru Jituboh understands the need for great engineering talent because of her engineering-heavy background. Before starting Okra with Peterside, she worked with JP Morgan, Fidelity Investments and Daimler Mercedes Benz. At Okra, she doubles as the chief executive and CTO, staking a claim as one of the most promising founders in Africa’s male-dominated fintech scene.

Omobola Johnson, a senior partner at TLcom Capital, maintains that these qualities and Okra’s proposition made the company its first fintech investment. It was more than enough to convince the firm to follow up in this round.

“We’re thrilled to partner with Okra as they enable developers across the African continent to transform digital financial services,” general partner at Susa, Seth Berman said. “We’re blown away by the quality of Okra’s team, the pace of development and the excitement from the customers building on their API.”

As part of a Fortune Global 500 company, Accenture Ventures has invested in more than 30 startups. However, Okra is the first Black-founded startup in its portfolio. Tom Lounibos, the firm’s president and managing director, said the reason behind the investment stems from partnering with Okra to bring open finance to Africa, the caliber of founders and their technology.

Besides, the investors will be pivotal to the company’s hiring and imminent pan-African expansion plans to Kenya and South Africa, where Okra is currently in beta.