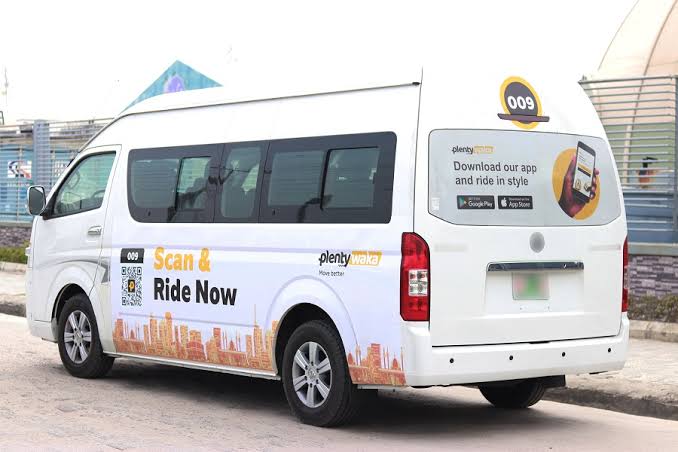 Nigeria’s Plentywaka Gets Backing From Techstars, Plans Expansion to Canada

Plentywaka, a Nigerian bus-booking platform, today announced that it has been accepted into the Techstars Toronto accelerator program.

It will join nine other startups in the class of 2021 and secure funding from the accelerator as it sets its sights on global expansion.

Plentywaka launched in September 2019, and in the first two months, moved an average of six people daily, according to CEO Akumah.

By its sixth month, this number increased to about 1,500 daily, and the company completed more than 100,000 rides within that timeframe.

Then in March 2020, the pandemic-induced lockdown hit businesses across Lagos and other states within Nigeria.

Due to the nature of its business, Plentywaka had to make a slight pivot and began transporting essential services across Lagos, especially food items. It also opened a logistics service.

As the lockdown eased across the city and commuting resumed, the company moved 60% capacity while the operational cost remained the same.

Although growth was steady and picking up, the company started seeking external investment. It received $300,000 pre-seed from its parent company, EMFATO and other early-stage investors like Microtraction and Niche Capital in August.

“Plentywaka is getting to a point where we’re now becoming more like an aggregator as we onboard transportation companies on our platform. Interstate travel in Nigeria is data insufficient, and we want to be the first company to solve this.” Ena, co-founder and president of Plentywaka.

In addition to this and the new capital from Techstars, Plentywaka is looking to scale its platform across Africa and North America. Akumah says this global expansion plan will start with a city in Canada, most likely Toronto, on or before Q4 2021.

Sunil Sharma, the managing director of Techstars Toronto, confirmed this to TechCrunch. According to Sharma, Techstars is backing the Nigerian mobility startup because it’s solving a massive problem in Nigeria that can be likened to urban transportation challenges in other populated cities worldwide.

“And we think that Plentywaka’s technology and approach in improving the lives of citizens and their daily commute needs can be brought over to cities in the West just as they are in Africa.

“Cities and towns here should have bus connectivity, but they quite simply don’t have it, and my view is that the arrival of Plentywaka will be an immediate option to the status quo. It will also resonate with people as a way to supplement existing transportation options,”

Having gone through the accelerator’s Atlanta program four years ago with the agritech startup, Akumah is doing the same with Plentywaka. He doubles as CEO at both companies.

The serial founder said the relationship with Techstars is one reason the company is expanding to Canada instead of neighbouring African countries.

“If the opportunity we have in Toronto right now to expand was similar to what we had in Ghana or South Africa, of course we’ll be having those conversations already. But when we have the support system from Techstars, Sunil, and regulators in Toronto without even putting feet on the ground, I mean that makes it exciting for us to expand to Canada,” the CEO remarked.

Nigerian or African startups, in general, rarely make their way into Canada. Plentywaka is on the verge of doing so, and it will be looking to close a seed round from investors to carry out these expansion plans and further improve its technology.

25% South Africa, 40% Kenya and 38% Nigeria’s Kaspersky Users Are Attacked by Malware Hiding Within Their Devices

A new study from Juniper Research has found that the value of global eCommerce payment transactions will exceed $7.5 trillion by 2026, from $4.9 trillion in 2021. This growth rate of 55% over the next five years will be driven by retailers offering compelling omnichannel retail experiences that increase user eCommerce spend. Omnichannel retail is a model that provides end users with the ability to access retail services, including sales and customer support, via multiple channels.

The new research, eCommerce Payments: Emerging Trends, Opportunities & Market Forecasts 2022-2026, predicts that these channels, including online, mobile and physical retail locations, will be instrumental for future success. This is because users expect the same services to be available irrespective of the channel. Additionally, it found that there are increasing appetites for new payment methods within eCommerce checkouts, including Open Banking-facilitated payments and digital wallet one-click checkout buttons. Accordingly, it recommends that merchants ensure payment options match changing user expectations, or they will be rapidly left behind.

The research found that by 2026, China will account for over 37% of global eCommerce payments by transaction value, owing to its established and extensive eCommerce and payments landscape that provides greater convenience for users via easily accessible alternative payment methods.

Additionally, the research recommends prioritising digital wallets, Open Banking facilitated payments and cryptocurrencies to emulate the eCommerce success experienced in China. To do so, it recommends that platform providers partner with specialists in these specific emerging payment areas to keep pace with changing merchant expectations around acceptance types.

The research forecasts that physical goods will account for 82% of the global eCommerce payments transaction value by 2026. It urges payment providers to support BNPL, an alternative payment method that integrates fixed instalment plans and flexible credit in eCommerce checkout options, to capitalise on the continuing growth of eCommerce due to the ongoing global COVID-19 pandemic. 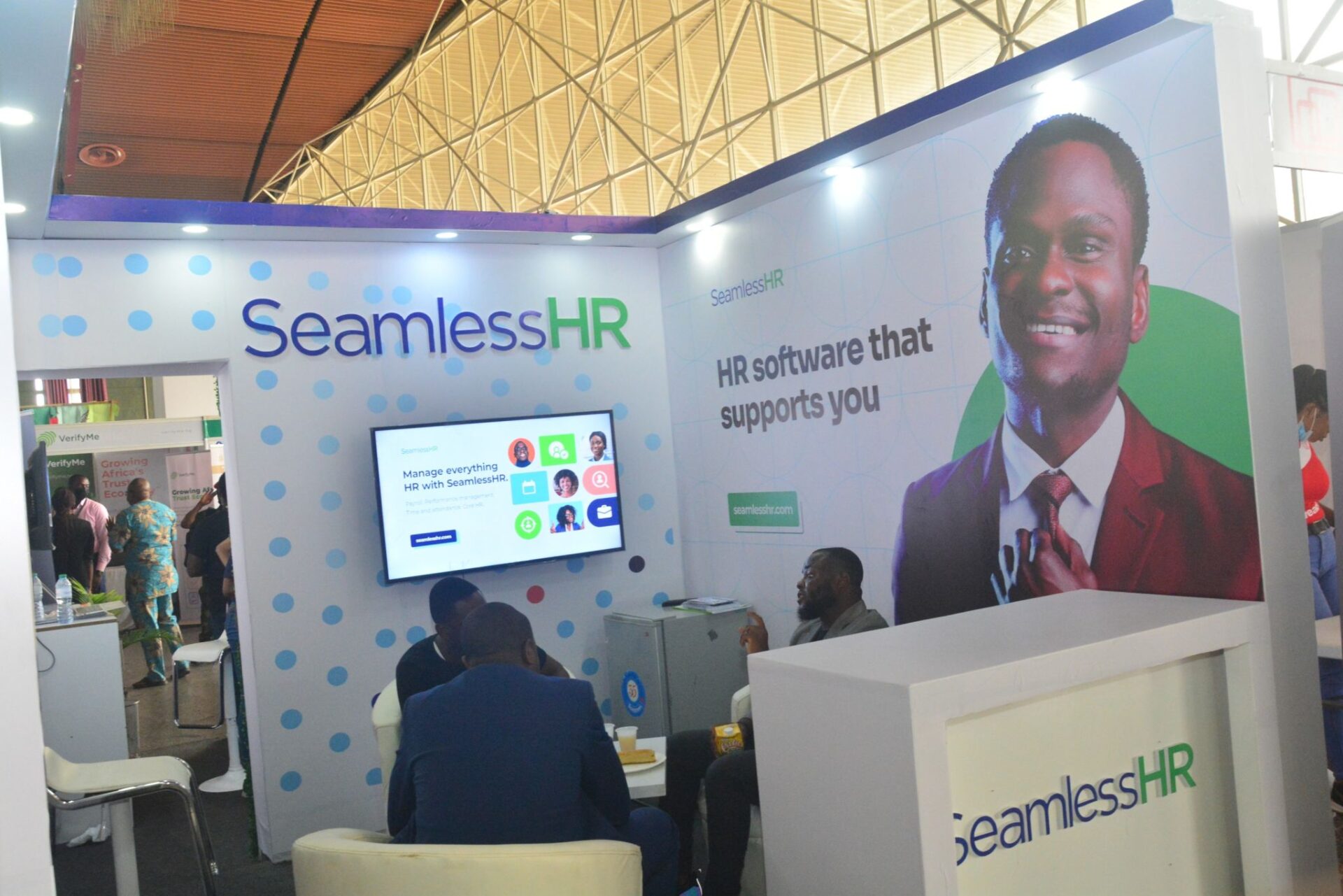 SeamlessHR, a Nigerian-based HR-Tech startup announced it has secured $10 million in a Series A funding round to expand operations to East African countries and surrounding markets.

The funding round was led by TLcom Capital. Other participants are Capria Ventures, Lateral Capital, Enza Capital, Ingressive Capital, and some private investors.

According to the company, the secured fund will take SeamlessHR closer to achieving its vision of helping African businesses become more productive and successful through its cloud-based human resources (HR) and payroll software.

The company also intends to launch products with functionalities around Artificial Intelligence (AI) and Human Resources (HR) Data Analytics, this will strengthen the company’s position as Africa’s leading cloud HR and payroll platform.

SeamlessHR CEO, Emmanuel Okeleji said, “We are fanatical about customer success, and this funding will enable us to invest in the continuous optimisation of customer experience across all touchpoints, adding new features and functionalities to empower our customers even more.

Speaking on the new funding and SeamlessHR operations, Andreata Muforo, Partner at TLcom Capital said, “over the last few years, SeamlessHR has consistently demonstrated its ability to deliver a robust HR and payroll platform for Africa’s medium and large businesses”.

“The strong execution shown by Emmanuel and his team is a vital ingredient required to build a successful business, and as they expand their products to include embedded finance and launch their solutions to new markets, we’re proud to partner alongside them and strengthen their push to unlock more value within Africa’s B2B space.

“At TLcom, we believe SeamlessHR can be the preferred platform for businesses to digitise workplaces and support their personnel.”

Will Poole,  co-founder &  managing partner at Capria said, “SeamlessHR is addressing the needs of African enterprises in ways that the global giants can’t compete with by building customer-centric SaaS designed from the ground-up to address complexity unique to the continent.

“Now that they’ve proven they can address the needs of disparate countries across Africa, we are confident that they will be the solution provider of choice to support their customers that are expanding globally.”

SeamlessHR was founded in 2018 by Emmanuel Okeleji (CEO) and Deji Lana (CTO), the company presently has presence in Nigeria and Kenya.

Speaking on future plans, the CEO, Emmanuel Okeleji said, “we are building software solutions to optimize HR now, but in the future, we’ll go to other areas beyond HR. And we are positioned to build a global SaaS company because SaaS products can travel the world faster than, say, fintech. We’re beating global players in our local market and while we are not distracting ourselves now, we know we can play this game globally.”