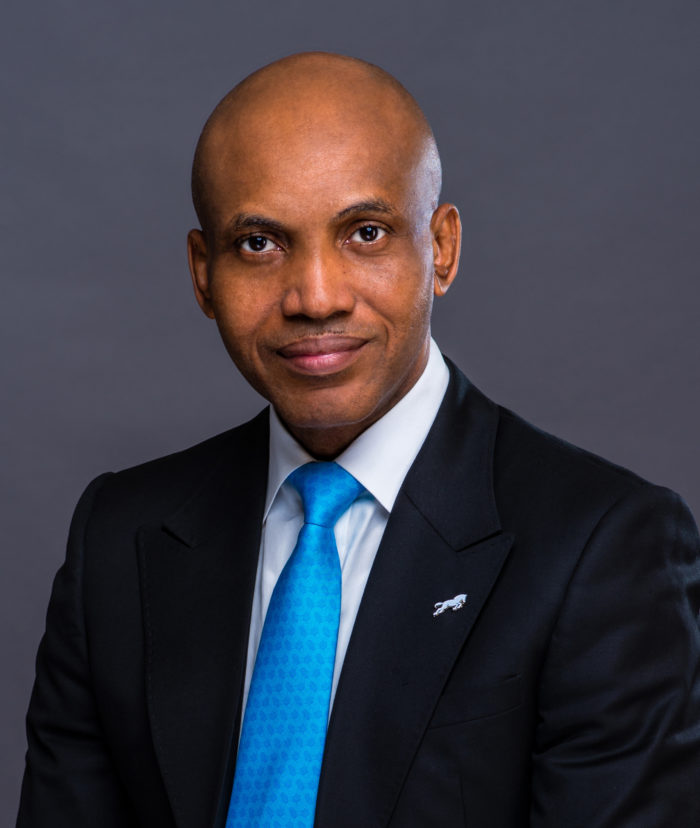 Emeka Okonkwo is the Incoming CEO of Union Bank of Nigeria

The board of Union Bank of Nigeria on Monday announced the appointment of Emeka Okonkwo as the Chief Executive Officer of the bank following the retirement of Emeka Emuwa.

Mr. Chukwuemeka Okonkwo will resume as the bank’s CEO on April 1st, 2021, a day after Emuwa will resign his position after eight years with the bank.

The incoming Chief Executive Officer (CEO) is a seasoned professional with experience in Corporate, Commercial, Investment Banking and Treasury Operations.

Okonkwo joined Union Bank in 2013 as an Executive Director and the Head of Corporate Bank and Treasury.

Before joining the Bank, Okonkwo worked with Citibank between 1989 to 2013, where he lead several departments and held numerous positions.

“I have enjoyed the significant challenge of leading Union Bank over the last eight years. I am extremely proud of the management team and what we have been able to accomplish during my time as CEO. Today, we have a strong bank that is well positioned to compete and deliver on its vision to be ‘Nigeria’s most trusted and reliable partner.’ With a clear strategic direction, a growing and loyal customer base and a strong brand, this is now the natural time for the next generation of leadership to take Union Bank forward and deliver further value.

“In over three decades of banking, my time at Union Bank has been one of the richest experiences in a long and fulfilling career with a treasure of work and life lessons to carry into the future. Together as a team, we scaled many hurdles and accomplished significant feats and I would like to thank my Executive team, senior management and every one of our employees for their integrity, support and hard work that have brought Union Bank to where it is today.

“I would also like to thank the Board for the opportunity to lead this storied institution that has impacted generations of Nigerians for over a century and for supporting our efforts and vision during my tenure.

“As we begin the transition into a new era of leadership under Emeka Okonkwo, a consummate professional with the right experience and values, I know that Union Bank will continue on its path as a values driven organisation that is deeply committed to our customers and the communities we serve.”

The MPC lowered the interest rate by 100 basis points to 11.5 percent in the third quarter to boost capital inflow to the real sector of the economy and halt the continued plunge in economic productivity.

The members voted unanimously to leave the rate unchanged because of the poor macroeconomic factors caused by the COVID-19 pandemic, rising inflation and lockdown.

Asymmetric Corridor was also retained at +100/-700 basis points while Cash Reserve Ration (CRR) stood at 27.5 percent. The liquidity Ratio was left at 30 percent, according to the CBN Governor, Godwin Emefiele.

Emefiele disclosed this on Tuesday after two days of meeting. He added that the global economic outlook has started showing improvements.

The retention comes as no surprise to experts given the escalating inflation rate, weak economic productivity and the present economic recession.

Obadiah Mailafia, a former deputy governor, CBN said “I do not see them shifting ground on those key areas. It would be counter-intuitive to reduce the MPR in a time of rising inflation.”

“The government is facing what is increasingly looking like a fiscal crisis, as government revenues continue to fall while a sizeable portion of government funds are going into debt-servicing,” Mailafia stated, noting that “More than 400 federal agencies have been unable to pay salaries to public sector workers for several months a in a row. Nigeria’s economic challenges are compounded by the geopolitical challenges of banditry, violence and terrorism.”

“As expected, I did not see them shifting ground on those key areas. It would be counter-intuitive to reduce the MPR in a time of rising inflation.

“I, therefore, suspected they would want to leave things as they are in order to weather the current storm, in the hope that things will begin to improve by Q2.

Nigeria’s Deposit Money Banks (DMBs) refunded banks’ customers N2.67 billion in the first half of 2020, according to the latest findings.

This represents a 63 percent decline when compared to the N7.2 billion refunded in the same period of 2019.

A breakdown shows “Bank received 2,051 complaints from consumers of financial services providers in the first half of 2020, compared with 1,528 complaints in the corresponding period of 2019. Of the total 1,167 or 56.9 percent were complaints on electronic/card, while 125 or 6.1 percent were on excess charges. Other complaints were, mainly, on frauds, dishonoured guarantees and unauthorised deductions/transfers, among others.