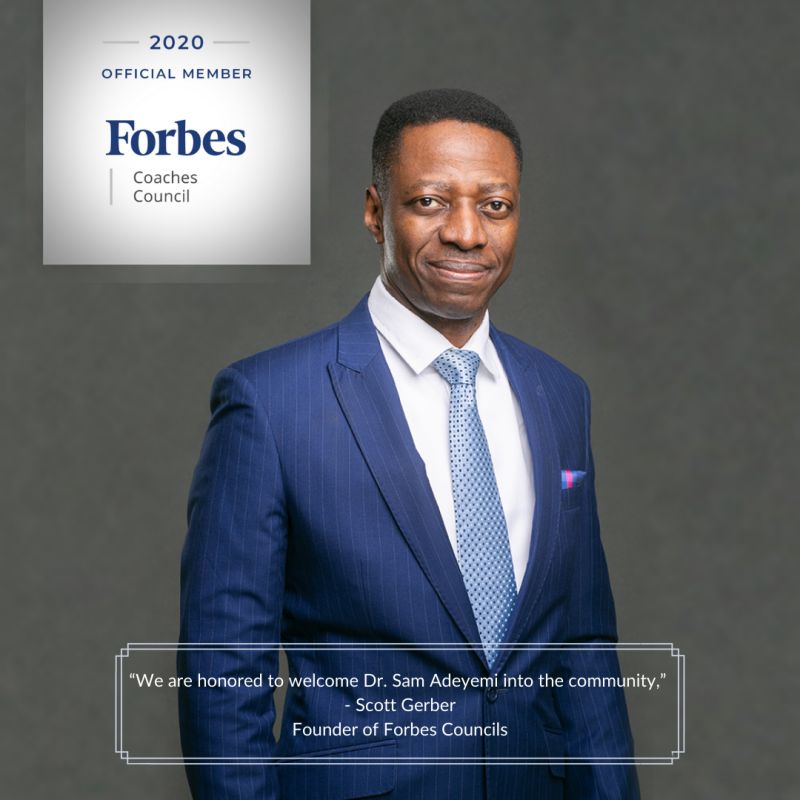 Adeyemi disclosed this via his social media channels on Tuesday.

I am very honored to be accepted in the Forbes Coaching Council.

If you know anything about Forbes, they have built a prestigious publication for business leaders and executives. I am excited to be part of it all.#samadeyemi #forbes #saglc#samadeyemiglc #leadership pic.twitter.com/iwiNsRKHwK

He said “I’m excited to share something with you something that has been in the works for a while now.⁠

I typically don’t share many of my personal accomplishments as I am focused on bringing support and results to our corporate and community partners and clients⁠.

But I am very honored to be accepted in the Forbes Coaching Council.⁠

Well if you know anything about Forbes, they have built a prestigious publication for business leaders and executives. But they have also cultivated that community to become a resource.⁠

Forbes Councils is a collective of invitation-only communities created in partnership with Forbes and the expert community builders who founded Young Entrepreneur Council (YEC). In Forbes Councils, exceptional business owners and leaders come together with the people and resources that can help them thrive.⁠

Again, myself and our team at Sam Adeyemi GLC are thrilled by what this platform will mean for our organization and YOURS. We are honored to have you celebrate this with us.”