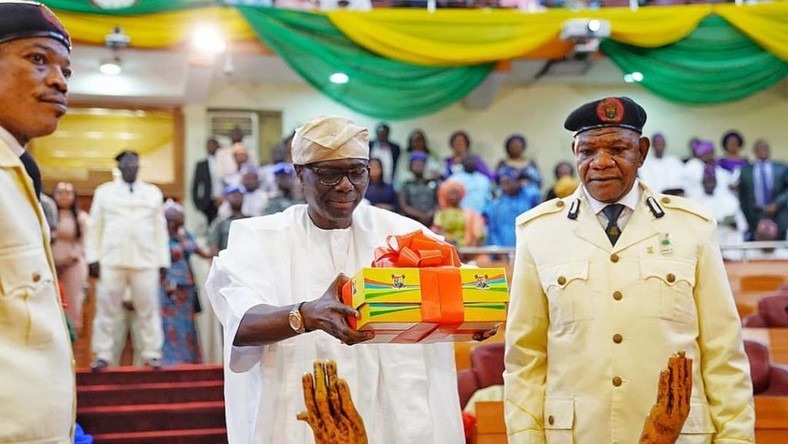 Despite the Federal Government of Nigeria saying it has commenced plans to tax digital businesses like Google, Facebook, Netflix, Iroko Tv, Twitter and others operating in Nigeria’s huge online market place without paying the required taxes, Governor Babajide Sanwo-Olu of Lagos, who have been imposing taxes on various local businesses in Lagos State, has suspended Bamidele Balogun, the Executive Secretary of the Lagos State Film and Video Censors Board.

In a statement released by the state after Jason Chukwuma Njoku, the CEO and Co-founder of iroko Tv, shared a letter signed by Bamidele Balogun notifying him of the state’s plan to implement ‘5 percent levy on all Audio and Visual content on all Physical and Digital platform’, the state said Balogun acted without necessary authorisation, hence his suspension.

Gbenga Omotosho, the Commissioner for Information and Strategy, Lagos State, disclosed in the statement.

The statement said “There is no levy on audio and visual contents of all physical and digital platforms in Lagos State. The Executive Secretary, Lagos State Film and Video Censors Board, Mr. Bamidele Balogun, is said to have announced a five per cent levy.

“The government hereby dissociates itself from the said announcement in the media. The Executive Secretary, who was not authorised to make such an announcement, has been suspended, pending an administrative enquiry.”

Omotosho, therefore, said Lagos State government is not insensitive to the challenges businesses are facing during this tough period and empathises with this and other sectors of the economy.

The same Sanwo-olu that recently imposed a levy on ride-hailing companies operating in the state, is now holding back on technology companies that have recorded exponential growth during this pandemic.

For instance, Facebook Inc market value rose to $805.45 billion with Mark Zuckerberg’s net worth growing by $28.6 billion from the year-to-date to $107 billion during this pandemic.

Similarly, the market capitalisation of Google, Alphabet Inc, crossed one trillion to $1.08 trillion during this pandemic with Larry Page and Sergey Brin, the two owners, growing their net worths by $10.3 billion and $10.1 billion, respectively.

The same thing with Reed Hastings, the co-founder, chairman, and Co-chief executive officer of Netflix, who has increased his total fortune by $2.01 billion this year despite COVID-19 disruption to sit atop $6.24 billion fortune.

The question is does Sanwo-Olu knows what he is doing by imposing taxes on local ride-hailing companies that are the most affected by the lockdown and letting go of multinational businesses that have more than doubled their revenue during the lockdown? Or is Sanwo-Olu scared of American firms that are profiting at the expense of the state and Nigeria as a whole or just confused?

Activities in the Real Estate Sector Shrinks by 17.8$ in Q2 -NBS