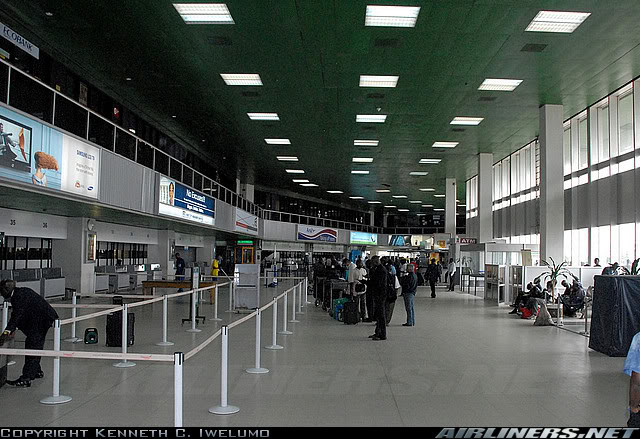 The Federal Government has urged Travellers from the south-east region to increase their commitment towards the Aviation sector as it reopened the Akanu Ibiam International Airport in Enugu.

This was disclosed by Hadi Sirika, the Minister of Aviation, who represented President Muhammadu Buhari at the reopening ceremony on Sunday.

It would be recalled that on August 24, 2019, FAAN shut down the operation of the Akanu Ibiam International Airport in response to the complaints of prominent people of the South East region, who called government attention to the deplorable state of the airport. They described it ‘as a death trap.’

The Federal Government through the Ministry of Aviation swung into action immediately and rehabilitated the airport to avoid a potential catastrophe.

Upon completion, Sirika urged the people in the region to increase their commitment by using the airport to the fullest of its capacity.

The Minister said “FAAN management has been given the mandate to ensure that periodic maintenance is carried out diligently so that we will not have to go through a painful experience of closure again. May I ask the government and people in this region to increase their commitment by using this airport to the fullest of its capacity? This airport will be placed in concession to ensure value for money.”

He said the rehabilitation of the airport had shown the president dedication towards the infrastructural development of the South-east.

Sirika explained that the airport has been upgraded to international standards and very soon international carriers would be landing and taking off passengers from there.

“With the airport reopening today, it is now open to local flights and on the 5th September, international flights will resume as soon as we begin to allow them into the country.

“In the next few days, most flights will commence. Ethiopian Airlines and
many other airlines that receive approval to come here will come here.” Sirika said.

He said it was the wishes of some stakeholders in the aviation industry to limit international flight services to only Lagos and Abuja airports, but he ensured that Enugu, Port Harcourt and Kano airports were upgraded for international operations to satisfy travellers from the regions.

“Stakeholders wanted us to only make Abuja and Lagos airport international airports and use smaller aircraft to ferry passengers to their locations. I am a policy maker and look at the haves and the have-nots. It will cost an average businessman about $1,000 to book hotel and board flights to come down to these airports from Lagos and Abuja. We will serve you where you are. I made sure Enugu airport meets all international standard that it requires,” Sirika said.

The minister applauded the efforts of the Enugu State government, NCAA and FAAN in ensuring that the rehabilitating of the airport was successful.

“I also thank the Nigeria Civil Aviation Authority (NCAA) for performing their duties and the Federal Airports Authority of Nigeria, (FAAN) for giving the project all the attention it deserves.
Sirika stated.

The airport is currently opened for daylight operations between 6:30 am to 7:00 pm.

FG to Support Agriculture With N600bn