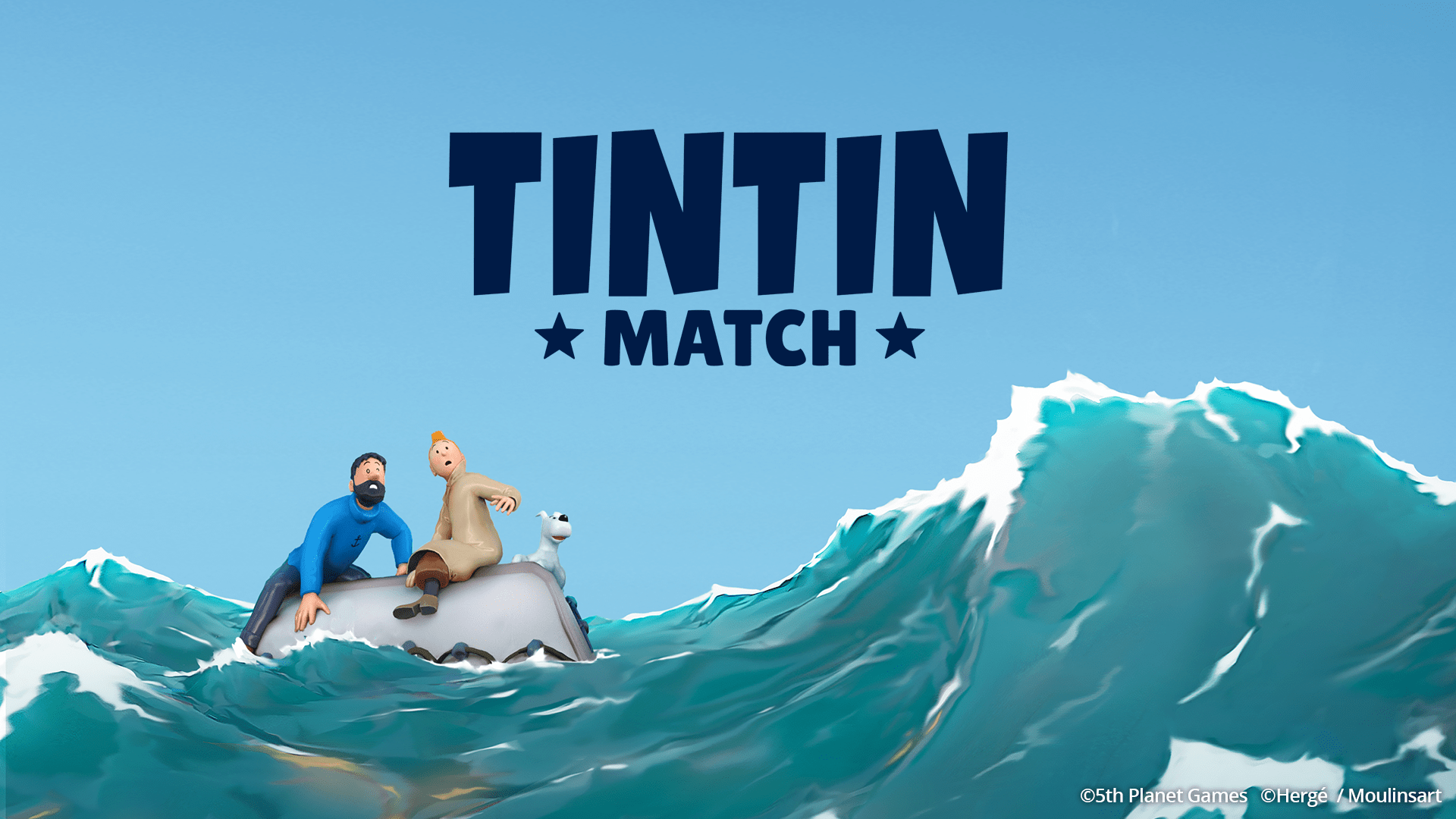 Tintin Match to Launch on Android and iOS on August 31, 2020

Copenhagen, Denmark, August 26 2020 – Following the successful beta-launch on Google Play, 5th Planet Games in cooperation with Moulinsart are proud to announce the release of Tintin Match, an exciting and fun match 3 mobile game that launches globally on Android and iOS August 31st.

Tintin Match is a story-driven, match-3 switcher game where you progress through colourful puzzles built around the universe of Tintin. As you follow the famous reporter on his adventures you will take on puzzle challenges to unlock and collect iconic Tintin locations and characters known from the books.

The Crab with the Golden Claws is the first adventure you’ll encounter in the game: The day starts like any other for Tintin and Snowy, but a mystery is always around the corner! Snowy gets his snout stuck inside a crab tin, Thompson & Thomson are investigating counterfeit money, and a stranger gets kidnapped before he can deliver a letter to Tintin. Could all those threads lead to a much bigger mystery?

In order to unravel the mystery perplexing Tintin, you are going to have to beat a selection of hand-crafted match 3 puzzles, each of them sure to challenge the problem solver in you! Obstacle in the way? A piece out of reach? Turns running out? Bring out your best strategies and achieve three stars on the first attempt!

The game has been developed by the 5th Planet Games Berlin Studio in collaboration with Moulinsart, 5th Planet Games is headed by renowned puzzle game expert Moritz Voss; a former technology lead at King, the now Activision-owned, Swedish company behind some of the most successful puzzle games ever published, like Candy Crush Saga and Bubble Witch Saga.
Moulinsart actively contributed to the artistic realization of the interface, the “sprites” and the characters of the game with the support of his studios.

Henrik Nielsen, CEO of 5th Planet Games, is looking forward to launching the astonishing new Tintin game on mobile, and credits Moritz Voss’s leadership as a driving factor. “Moritz Voss has excelled in the match 3-genre several times before and we are confident that this game will be THE best game we have ever brought to market”.

Nick Rodwell, Managing Director of Moulinsart, the company behind Tintin, whose Studios actively contributed to the artistic development of this game agrees: “We’re very excited about this opportunity to introduce Tintin to mobile gamers around the world. To let players take on the role of the everyday-man-detective and solve puzzles and mysteries on their own, through a fun and familiar game mechanic, is a great way to expand the Tintin universe. We very much hope that it will be a huge hit among fans of both Tintin and puzzle games throughout the world”.

The rapid rise of smartphone gaming has changed the industry. Match-3 games like Tintin Match are the most prominent subgenre on the US iPhone gaming market, accounting for 21% of the total revenue; according to mobile game insight and analytics firm GameRefinery.

Tintin Match is a game for all players starting aged 9. The game is free to play and available on both Google Play and Apple App Store August 31st. There is also a plan to release it on Chinese Android stores later.