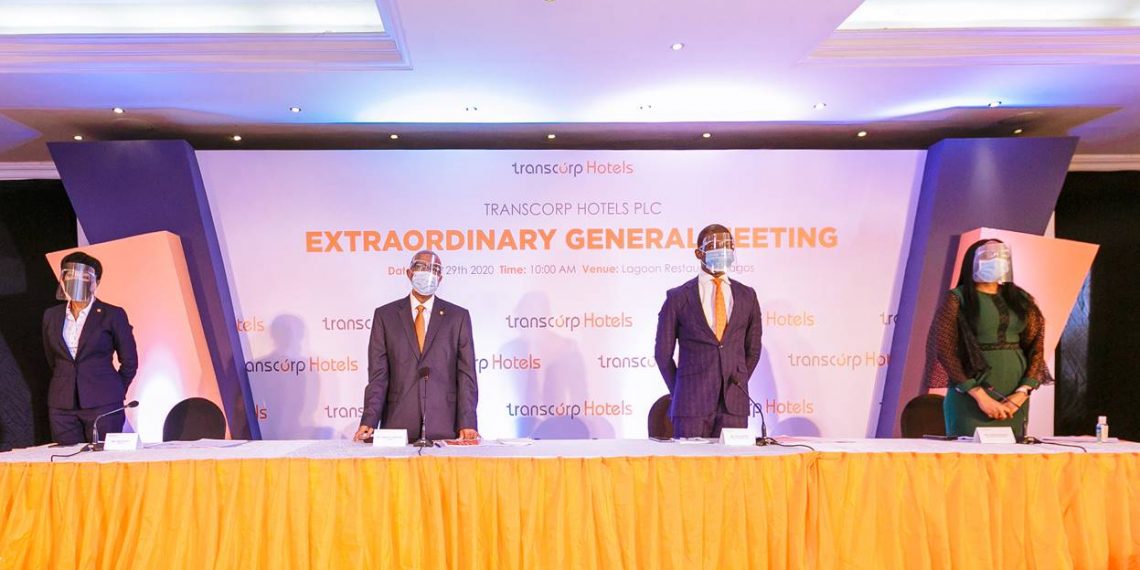 Transcorp to Raise N10 Billion from the Capital Market

Transcorp Hotels Plc is seeking to raise N10 billion from the nation’s capital market, according to the application submitted to authorities of the Nigerian Stock Exchange (NSE) for approval.

The hotels and tourism company is seeking approval to raise N10 billion in new equity funds from existing shareholders.

The company plans to raise the fund through the issuance of 2.66 billion ordinary shares of 50 kobo each at N3.76 per share to prequalified shareholders.

Mrs. Dupe Olusola, the Managing Director, Transcorp Hotels Plc, stated that the company’s good track record of excellent service delivery has helped position it as the first among the rest.

She said, “We are not resting on our oars but working round the clock to innovate new products and services to further delight our guests, notable of such is the launch of asset-light strategies to deepen our hospitality footprints across Africa.”

Shares of electric vehicle maker Tesla went up by more than 5% on Monday, making the billionaire Tesla Chief Executive Officer about $12 billion richer.

This came after Musk encouraged employees to reduce the costs of delivery, also amid reports that the automobile company will be kicking off production at its Gigafactory located in Germany within the next few days.

The Tesla stock has been on the move recently, and on Monday it went up by more than 5% to now sit at about $1,137 per share. The automobile company’s shares are depending on the news that the company will begin production at its first factory situated in Europe. The operation of the factory in Germany is a major leap for the company, as it aims to ramp up its production capacity.

A German automobile news site reported that Tesla’s new manufacturing facility in the country is anticipated to be given environmental permits, and will therefore begin production within the next few days.

In the initial plans, production should have begun in the summer of 2021 but construction of the factory was had been held back due to staunch opposition from environmental activists who did not agree with the construction of another factory.

Another reason for the rise in Tesla stock is a memo that CEO Elon Musk sent out to the company employees, where he encouraged them to place their focus on minimizing the cost of deliveries rather than rushing out the orders just to meet sales targets.

The rise in Tesla’s stock on Monday has seen the company’s CEO Elon Musk’s fortune go up by over $12 billion. According to Forbes’ estimates, the billionaire CEO’s net worth has now risen to $295 billion. The richest man in the world saw his worth rise by approximately $12.8 billion.

This year, Tesla’s stock has risen a total of 56% and the automobile company has a market valuation of about $1.14 trillion.