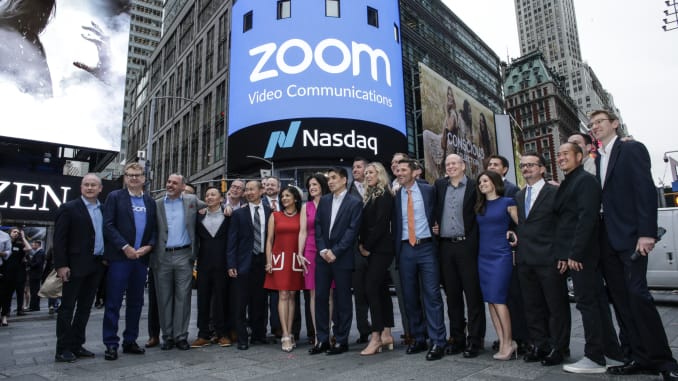 The market value of Zoom communications soared to $50.6 billion after the video conferencing company announced a new upgrade version on Friday.

The California based company had announced a 5.0 version of its security limited software on Friday morning to a global audience struggling to keep in touch while maintaining social distancing amid COVID-19 pandemic.

The Video conferencing app has gained 160 percent in market value this year, representing about $30 billion increase in market capitalisation.

In a powerful move to address security concerns of its over 100 million users, strengthen the security of the company and restore users’ confidence, Zoom CEO, Eric Yuan, announced the company’s decision to buy identity management from Keybase, a decision widely embraced by users and seemingly welcome by investors and stakeholders.

He said “We believe this will provide equivalent or better security than existing consumer end-to-end encrypted messaging platforms, but with the video quality and scale that has made Zoom the choice of over 300 million daily meeting participants, including those at some of the world’s largest enterprises,”

The security breach has been a major concern to analysts, users, participants, and investors as they show concern at various occasions.

After a series of security failures and ban of its use from some institutions, the software communication company hired Stamos, a former chief security officer at Facebook. Stamos confirmed that Zoom is trying to improve security and also significantly upgrading its trust and safety for users.

“Full encryption for every meeting would leave Zoom’s trust and safety team unable to add itself as a participant in gatherings to tackle abuse in real time”, he added.

Eric Yuan’s net worth rose by $800 million on Friday to $9.3 billion, according to the Bloomberg Billionaires Index.