The market capitalisation of listed equities expanded by N73.24 billion to close at N11.917 trillion. 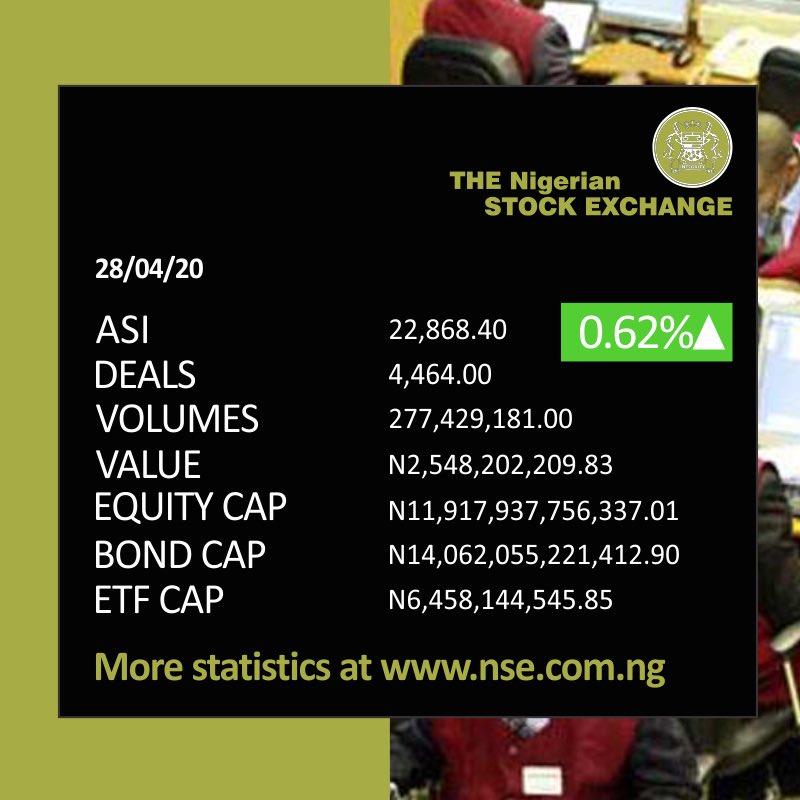 The total volume of shares traded grew by 4.05 percent to 277.42 million units valued at N2.548 billion but traded in 4,464 transactions. The value of shares traded declined by 7.44 percent when compared with Tuesday’s closing value.

Sectorial performance shows all sectors of the market closed in the green with the oil and gas and consumer goods sectors gaining the most, both appreciated by 0.43 percent and 0.42 percent respectively as ARDOVA and INTBREW gained 9.95 percent and 4.35 percent.