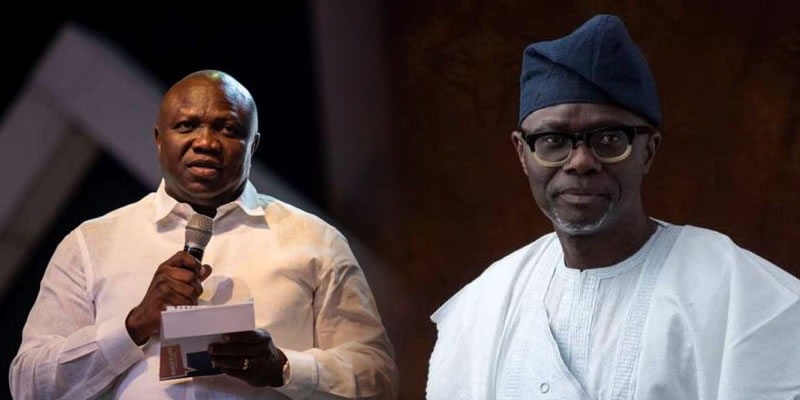 The Governor of Lagos State, Mr Babajide Sanwo-Olu, has commended the skill acquisition initiatives of the Netherlands, saying the state hopes collaboration with the foreign country will help reduce poverty in Lagos by 2030.

He spoke on Thursday while receiving a team led by the Netherlands Minister of Foreign Trade, Development and Cooperation, Mrs Sigrid Kaag, who paid him a courtesy visit in his office at Alausa, Ikeja, Lagos.

Sanwo-Olu noted that the Netherlands and Lagos shared certain similar features such as their locations below the sea level and technology, which he said would assist in the bilateral arrangements to be discussed.

According to the governor, there are investment opportunities in Lagos waiting to be harnessed by foreign investors, adding that the state has a business friendly environment.

He lauded the efforts of the Netherlands in skill acquisition and poverty reduction, which had made Lagos State foster economic relation with the country.

Sanwo-Olu said, “On education. the Netherlands is very good; they develop skills a lot which reduce poverty, hence our aim of partnering you is to ensure that poverty is reduced by 2030. That is our goal.”

He praised the current collaboration with the Dutch government in various areas, including the new Lagos State Health Insurance Scheme.

On water transportation, the governor noted that the state was working hard on taking enough space in the waters for dredging to ensure safety when full blown aquatic traffic begins.

“Water transportation is for us and of course, we need to complete our rail projects too so that we can have easy movement of our people from one part of the city to the other,” he added.

Earlier, the Netherlands Minister for Foreign Trade, Development and Cooperation, Kaag, congratulated the governor on his election, praising his work ethic since assumption of office.