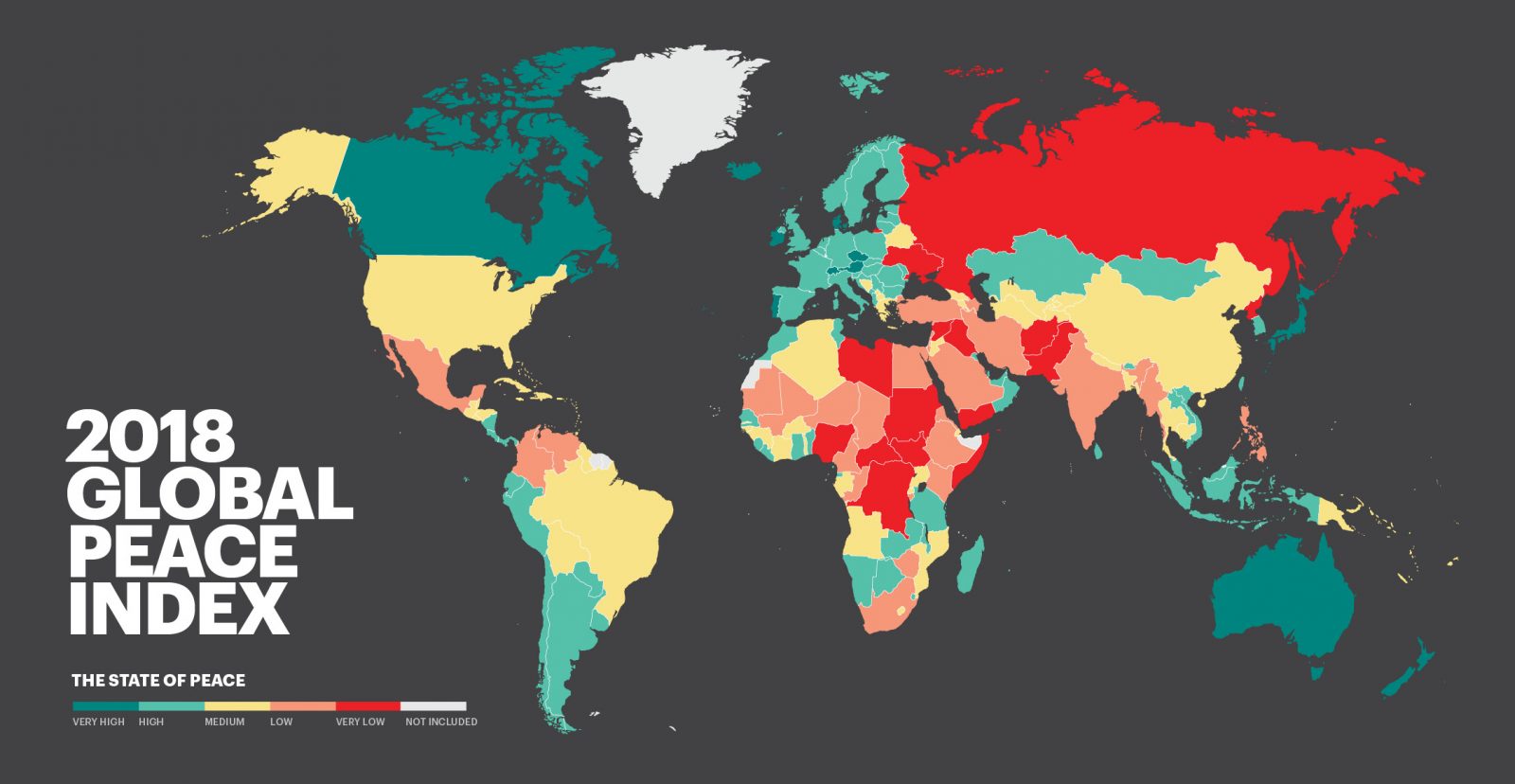 Nigeria, the giant of Africa found its position is ranked 148th among the 163 independent states listed on the Global Peace Index in 2018.

“The results this year shows that the average level of global peacefulness improved very slightly in the 2019 GPI. This is the first time the index has improved in five years. The average country score improved by 0.09 per cent, with 86 countries improving, and 76 recording deteriorations. The 2019 GPI reveals a world in which the conflicts and crises that emerged in the past decade have begun to abate, but new tensions within and between nations have emerged,” the Institute for Economics & Peace (IEP) stated.

The Global Peace Index (GPI) measures peacefulness across three domains: Safety and Security, Ongoing Conflict, and Militarization. The report emphasized that the world has become less peaceful over the last decade, there have been some notable improvements in peace.

“The 2019 GPI reveals a world in which the tensions, conflicts and crises that emerged in the past decade remain unresolved”.

It was also reported that of the three GPI domains, two recorded a deterioration while one improved. Ongoing Conflict deteriorated by 8.7% and Safety and Security deteriorated by just over 4%. However, Militarization improved by 2.6%.

According to IEP Key Findings shows that: “An estimated 971 million people live in areas with high or very high exposure to climate hazards. Of this number, 400 million or 41%, reside in countries with already low levels of peacefulness.”

“8 of the 25 least peaceful countries have 10% or more of their population in high climate hazard areas, amounting to 103.7 million people at risk. These countries are South Sudan, Iraq, Libya, the Democratic Republic of the Congo, Sudan, North Korea, Nigeria and Mexico”.

“The impacts of a lack of water has also affected conflict dynamics in Nigeria. Lake Chad, a major source of fishing and farming livelihoods, lost 90% of its surface area in the past 40 years due to climate change and environmental mismanagement”.

The report revealed that the Philippines, the Democratic Republic of the Congo, Mexico and Nigeria are particularly vulnerable, with 47%, 26%, 24% and 24% of their populations in areas of high exposure to climate hazards, respectively.

It was also reported that Nigeria’s improvement was based on a reduction in deaths from internal conflict. However, external conflicts fought escalated because of the government’s engagements in Mali and Somalia.

According to the Institute for Economics & Peace (IEP) “We develop global and national indices, calculate the economic impact of violence, analyze country level risk and have developed an empirical framework for Positive Peace that provides a roadmap to overcome adversity and conflict, helping to build and sustain lasting peace”.