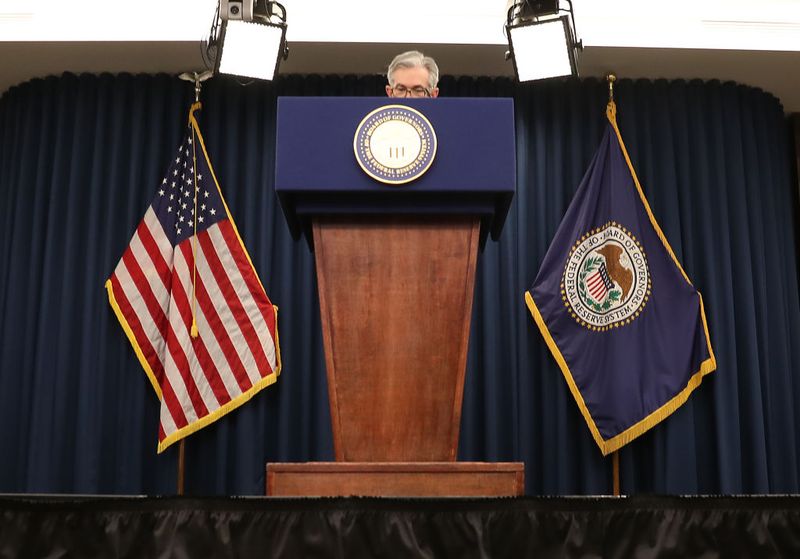 The ongoing trade war between the two world’s largest economies is hurting global growth and projected by experts to plunge the U.S economy into recession by 2020 if the Federal Reserve failed to adjust rates to boost growth.

The Chairman of the Federal Reserve, Jerome Powell, said the central bank will do what it is necessary to sustain the near-record expansion despite the uncertainty surrounding the trade talks.

Powell, who spoke in Chicago on Tuesday said: “We do not know how or when these issues will be resolved,” he said in prepared remarks. “We are closely monitoring the implications of these developments for the U.S. economic outlook and, as always, we will act as appropriate to sustain the expansion, with a strong labor market and inflation near our symmetric 2 percent objective.”

While Powell did not address other specific issues relating to the economy, market experts are already pricing in 50 basis points cut this year alone and are projecting the Federal Reserve will move aggressively to avert possible economic contraction or even recession in 2020.

The growing conviction that the Federal Reserve would eventually cut rates this year bolstered U.S stock market on Tuesday and even FTSE 100 responded positively on Wednesday after Reserve Bank of Australia cut rates by 25 basis points for the first time in three years.

The European Central Bank and Bank of Japan are expected to follow in a similar step, especially with weak inflation rate and stubbornly slow wage growth.

He, then called for lower rates to stimulate growth across the economy. While Federal Reserve is apolitical, experts and markets demand seems to be dictating its path in recent months given global economic position and trade war.

However, experts at Goldman Sachs are saying investors may be misreading Jerome Powell comments.

According to John Waldron, president and chief operating officer at Goldman Sachs, “The market is pricing in a fairly substantial set of moves by the Fed,” said Waldron, who was also attending the meeting. “I worry a little bit that the market is too optimistic about how much and how soon the Fed will move.”

Weber also said because the U.S still has some room to maneuver it would be unwise to assume Federal Reserve will not first explore it before cutting rates.