Investment in the telecommunications sector is set to receive a boost as stakeholders set sights on achieving a broadband penetration of 70 per cent. IFE OGUNFUWA examines the requirements for attracting investors

The Federal Government has set a new target for broadband penetration after the country exceeded the initial target of 30 per cent, which was part of the National Broadband Plan in December 2018.

The Nigerian Communications Commission set a new target of 70 per cent broadband penetration to be attained in the next five years and has licensed infrastructure companies to deploy the optic fibre across the country.

The Chairman, NCC, Senator Olabiyi Durojaiye, described the deployment of telecoms infrastructure as a capital-intensive project that required the input of both the private sector and the government.

He said, “The laying of fibre is the basic thing that we need and it is so very expensive. We are preparing a paper to present to the government for approval so that we can go further than we have done. The target broadband penetration at the end of last year was 30 per cent; right now, we have reached 33 per cent and we want to make sure that every nooks and crannies of Nigeria, including remote villages, will have access to telecommunications services.”

However, stakeholders have described the new target as ambitious, saying it can only be achieved if the business environment is conducive and their investments are adequately protected.

Operators pointed out that issues of vandalism of infrastructure, expensive right of way, multiple taxation and delay in permit issuance, which had lingered for over five years, were discouraging them from investing in the sector.

The Chairman, Association of Licensed Telecommunication Operators of Nigeria, Mr Gbenga Adebayo, while speaking at the Nigerian Telecom Leadership Summit, said a total of 39 statutory and non-statutory taxes and levies imposed on operators were making businesses difficult in certain states.

He stated the shutdown of telecom infrastructure due to refusal to pay non-statutory levies to states and local governments had security and economic implications.

“The first point is that we need investment; the second is that to invite the right type of investment, we need a stable regulatory and policy environment. We have been talking every year. The fact remains that these taxes are not going away. Ten years ago, we spoke about multiple taxes; we were dealing with issues of right of way and planning permit, among others,” Adebayo said.

“Total count of taxes and levies stands at 39 and these are taxes that apply at state, local and federal government level. Some of them are multiple in nature. Some of them are punitive and applied on us as if we are in the extractive industry. Looking at the list, what have we got to do with effluent discharge and generator emission tax? These same generators are being used by other sectors of the economy and why are the levies aimed at the telecoms sector,” he added.

A former Minister of Communications and Technology, Dr Omobola Johnson, in her keynote address, said the investments in telecoms industry should not only be left in the hands of the private sectors but that the government and the development partners should be involved.

She enjoined the government to play its role by ensuring conducive and inclusive business environment for the telecom and technology players.

According to her, the issue of multiple taxes, which posed as an impediment to infrastructure rollout, can be eliminated by the Federal Government with an executive order.

She said, “We need to define our infrastructure aspirations in a very different way and I challenge the NCC to do this. What we should be talking about is ubiquitous infrastructure that is available to every Nigerian wherever they live. We need to talk about fast infrastructure because when you leave Lagos, Abuja and Port Harcourt, it is almost impossible to do anything on the Internet. Because infrastructure is just not there and even if it is, it is not reliable enough. Internet has to work all the time.”

Johnson advocated an inclusive regulation that would consider the interest of stakeholders in the tech ecosystem in addition to mobile network operators, adding that massive skills development in the industry would have a huge impact on the economy.

The Executive Vice-Chairman, NCC, Prof Umar Danbatta, said the leadership of the commission had taken a deep and predictive look at the financial health of the industry and concluded that investment was needed for the growth of the industry.

He said, “The argument for more investments becomes more compelling, given that this industry is very capital-intensive, with the competition for foreign direct investments becoming fiercer among different nations. We believe those investment opportunities, challenges and prospects would form a critical part of our discussions at this summit.

“In our consultative regulatory process, we consider shared experiences and shared vision as the best approach to equip us with the tools to continuously reposition towards the course of effective regulation,” Danbatta added.

He said, “As the 4th Industrial Revolution blurs the lines between the physical, biological and digital boundaries, our industry will continue to witness challenges of investments to match growth and technology evolution dynamics.

“In this age, broadband is of critical importance with its potential to improve the economy of many nations. We may all be aware of the empirical study by the World Bank, which suggests that for every 10 per cent growth in broadband penetration results in 1.34 per cent in Gross Domestic Product in developing countries.” 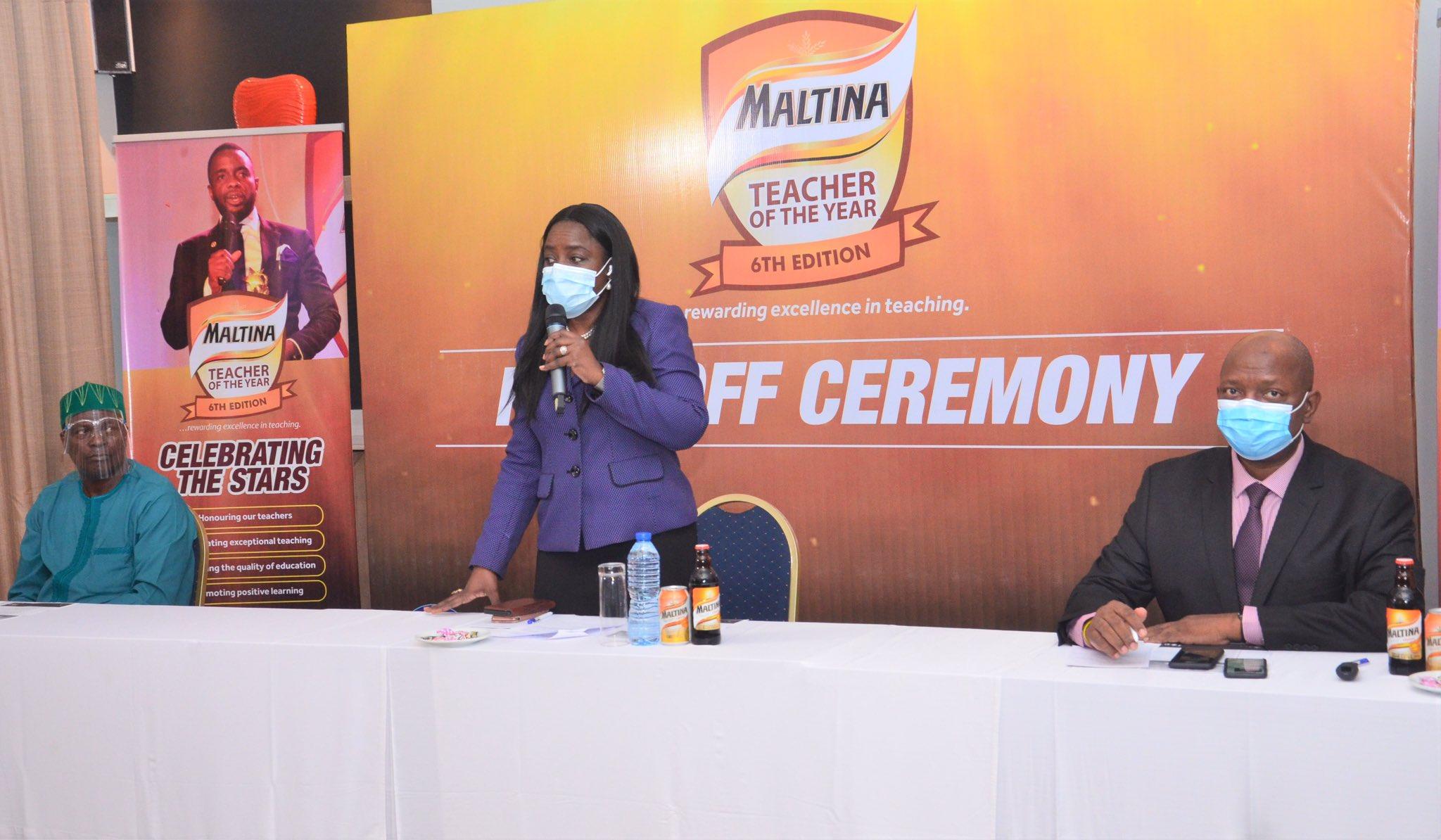 The Nigerian Brewery Plc, on Tuesday in Lagos, announced the commencement of entries for the 2021 edition of the Maltina Teacher of the Year competition.

Morgan declared that the seven-year-old initiative had continued to impact, motivate teachers, promote the teaching profession and quality learning across the country.

The competition that had been on the Felix Ohiwerei Education Trust Fund, is to identify, showcase and celebrate exemplary teachers in both the public and private secondary schools nationwide.

The 2021 winner of the competition would go home with a trophy and a N6.5million cash prize.

Besides, the winner would also benefit from an all-expense paid capacity development training abroad, while the school represented would equally get a block of six classrooms or computer laboratory depending on the needs of the school.

A breakdown of the winning prize shows that aside from the N500,000 as state champion, the winner also wins N1 million as a national champion and would also be paid N1 million yearly for the next five years provided he or she remains in the teaching profession.

Morgan explained that all participants must be certified by the Teachers Registration Council of Nigeria (TRCN).

According to her, the first and second runner-ups would receive N1 million and N750,000 respectively, in addition to another N500,000 as champions from their respective states, saying that other state champions would go home with N500,000 each.

At the hybrid event, Registrar of the Teachers Registration Council of Nigeria (TRCN), Professor Josiah Ajiboye, in his remarks online, lauded NBL through the Felix Ohiwerei Education Trust Fund for sustaining the competition that had promoted excellence and put the names of teachers in Nigeria in the global arena.

Ajiboye described the Maltina Teacher of the Year Competition as a permanent feature in the nation’s education calendar and pledged continued support of TRCN in uplifting the rating of teachers in the country.

In the same vein, the National President of the Nigeria Union of Teachers(NUT), Dr. Idris Nasir, represented by Mr. Segun Raheem, the National Treasurer urged other corporate organisations to take a queue from the NBL initiative that had become a platform for demonstration of excellence by teachers in Nigeria.

Besides, the reigning champion, Anani Oluwabunmi of Concordia College, Jimeta, Yola, Adamawa State, who was part of the briefing online, said the award had added to her confidence and enhanced her rating as a teacher.