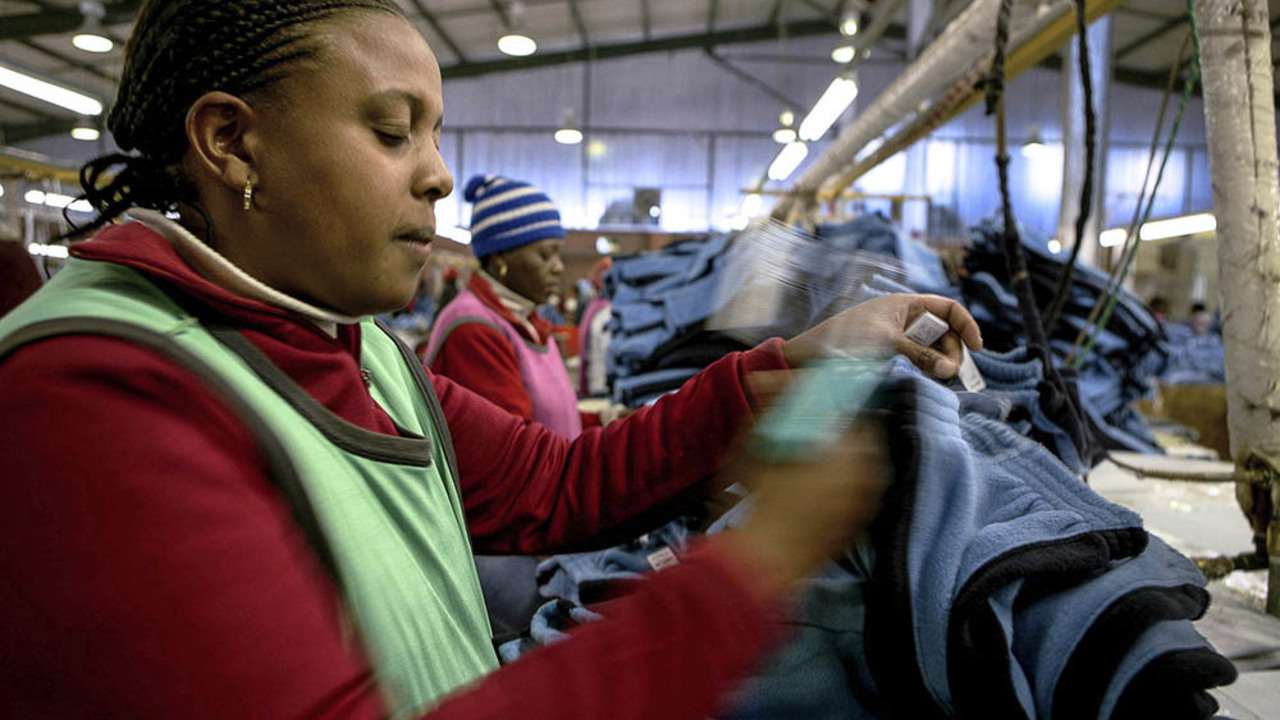 The Federal Government is currently gathering data and investigating the accounts of individuals and corporate entity currently involved in smuggling and dumping of textile materials in Nigeria.

The Central Bank Governor, Godwin Emefiele, said this while inaugurating the distribution of cotton seeds and other inputs to over 100,000 cotton farmers in Katsina State for the 2019 farming season on Monday.

The programme aimed at reviving Nigeria’s cotton, textiles and garments sector and improving cotton production from 80,000 tonnes produced in 2018 to over 300,000 tonnes by 2020.

He added that all banks in Nigeria would be barred from conducting any banking business with the companies, their owners and top management.

Emefiele also revealed that a national committee on revamping the cotton, textile and garment sector had been constituted to drive the initiative to achieve self-sufficiency in cotton production and textile material within a span of five years.

He said the membership of the committee included the CBN, Federal Ministries of Agriculture and Rural Development; Water Resources; Industry, Trade and Investment; and the governments of Kano, Kaduna, Katsina, Gombe and Zamfara states.

Emefiele, who was supported at the inauguration by the governors of Katsina State, Bello Masari; and Kano State, Abdullahi Ganduje; and the Minister of Agriculture and Rural Development, Chief Audu Ogbeh, also reiterated that the foreign exchange restriction on finished textiles and other 42 items remained in force.

He further noted that the CBN had identified insufficient cotton seeds as one of the major challenges facing cotton farmers and that the bank sought to change the narrative on the cotton and textile industry in Nigeria through the distribution of high yielding cotton seeds to them.

According to him, the provision of seedlings to more than 100,000 farmers cultivating over 200,000 hectares of farmland, along with extensive training on proper farming techniques, will boost production of high grade cotton lint at much improved yields of up to four tonnes per hectare, from the current cultivation rates of less than one tonne per hectare.

He said the move would also reduced the amount spent by Nigeria on imported textiles and ready-made clothing estimated at about $4bn annually.

Emefiele also disclosed that the package included fertilizer, pesticides and knapsack sprayers, adding that the National Cotton Association of Nigeria would ensure compliance of its members with the stipulated terms for the support that would be provided to farmers.

He said that the choice of Katsina was based on the immense potential of the state as the leading cotton-producing state in the country.

He also noted that the bank was committed to the revamping of the cotton and textiles industry, given its immense potential to Nigeria’s growth objectives as well as the bank’s efforts at creating jobs for a large number of Nigerians.

While recalling the good days of the textile industries in Nigeria in the 1970s and early 1980s, Emefiele noted that Nigeria was home to Africa’s largest textile industry, with over 180 textile mills that employed over 450,000 people, representing about 25 per cent of the workforce in the manufacturing sector. 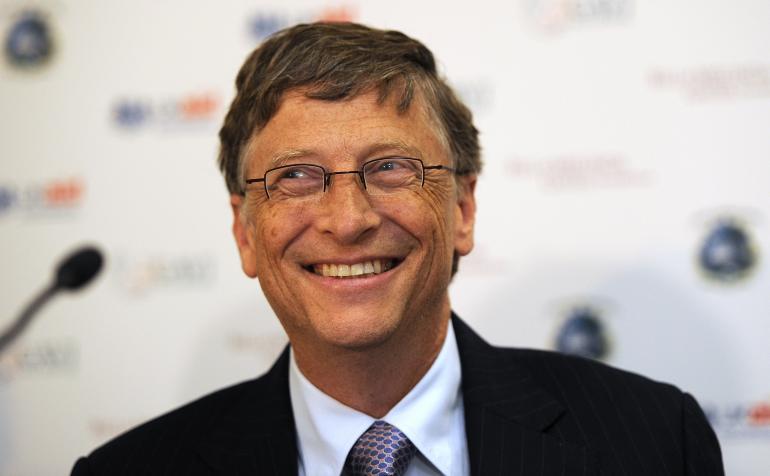 Shareholders of Microsoft have started pressuring the company to increase transparency over its sexual harassment history after recent allegations against Microsoft co-founder Bill Gates.

More than 75% of investors at the company’s annual meeting voted in favour of the tech giant publishing a report on the efficacy of the company’s sexual harassment policies, going against the company’s recommendations to reject the proposal.

Bill Gates, who is 66, resigned from the Microsoft board last year after an investigation was opened into a relationship that Gates had with a colleague, which started in 2000. This affair was only brought into the light in May this year, a few weeks after Bill Gates and Melinda Gates announced to the world their plans to get a divorce.

Since then, multiple reports have come out that Bill Gates, who co-founded the company had made repetitive unwanted advances to Microsoft employees after he and Melinda got married in 1994. Reports further stated that Bill Gates was warned about his inappropriate conduct back in 2008.

The shareholder proposal was submitted by investor Arjuna Capital, and made a call for Microsoft to put out a report on transparency which would contain details of investigations into the conduct of individual employees.

Arjuna Capital had mentioned that reports of Bill Gates’ inappropriate affairs and unwanted sexual advances made towards Microsoft employees have only magnified concerns, putting under question the culture which had been set by the very leadership of the company, as well as the role of the board in holding those responsible accountable for their actions.

The company board had encouraged shareholders to reject the proposal, with the argument that it was throwing more resources into fighting sexual harassment. It is rare to see shareholder proposals that are strongly opposed by the company pass by such a large margin.

Natasha Lamb said that while the accusations against Bill Gates are only the most recent revelations in what has been a long-standing problem, it is significant and encouraging that Microsoft is now listening to shareholders while committing to transparent and unbiased reporting.

The contribution of key players in the Nigerian food industry has grown in value and relevance over the years. According to a report by the World Trade Organization (WTO), Nigeria is ranked as the largest food market in Africa, with significant investment in the local industry and a high level of imports. As of now, the food and beverage sector is estimated to contribute 22.5% of the manufacturing industry value, and 4.6% of Nigeria’s GDP.  In another report compiled by PricewaterhouseCoopers (PwC), it was confirmed that the food sector brought in an average of 57% of Gross domestic product (GDP) and generated 64.5% of export earnings.

Founded in 1972, Honeywell Group began as a food trading company servicing the West African region before pivoting to importing a variety of goods for the domestic Nigerian market. Now operating an investment holding company  based in Nigeria, Honeywell Group Limited has diversified its business l into different sectors which are referred to as portfolio companies. The Group has evolved to become an investment company participating in major sectors of the Nigerian economy including foods, real estate, leisure and hospitality, energy, infrastructure, and financial services.

Honeywell Flour Mills Plc (HFMP), one of the portfolio companies of Honeywell Group Limited and a market leader in milling, processing & packaging of flour and other wheat-based products in Nigeria has continued to contribute immensely to the growth and performance of the Nigerian economy. With over 20 years of experience, HFMP has gathered extensive knowledge and skill in the production of flour and a range of flour-based products. The company has superior operational efficiency and remains a dominant player in the food industry in Nigeria.

Operating on a total installed capacity of 2,610 metric tonnes per day, HFMP manufactures a variety of products from wheat meals, semolina, noodles, superfine flours to spaghetti, macaroni, brown flour, amongst others.

Just recently, the Honeywell Group Limited announced the signing of an agreement with Flour Mills of Nigeria Plc (FMN) on the proposed combination of Honeywell Flour Mills Plc and Flour Mills of Nigeria, another leading Nigerian food manufacturer to further enhance food security in the country and create a more resilient national champion in the Nigerian foods industry. This agreement will have Honeywell Group Limited dispose of a 71.69% stake it has in HFMP to FMN.

Building on the achievements and improved performances of HFMP and FMN year-on-year, it can be seen that this is a combination of two giants in the food manufacturing industry in Nigeria. With more than the 85-year combined track record of both companies and their shared goal of making affordable food available to Nigeria’s population, stakeholders will benefit from this combination in numerous ways.

Based on the scale of the transaction that will be carried out by the consolidated company, this will provide employees with more career development opportunities in a larger organisation, with the potential to create more jobs in the economy. Customers will also benefit from access to a wider product range and an even stronger stream of innovation that can only be delivered by a combined entity with stronger teams and financial muscle. In addition, Nigeria and its food security agenda will benefit from both companies’ focus on developing Nigeria’s industrial capability, its agricultural value chain and specifically backward integration of the food industry.

The proposed combination will bring together two trusted and entrenched brands, creating a single entity of becoming a national champion in the food manufacturing space that is better positioned to benefit the growing Nigerian population and leverage opportunities stemming from the African Continent Free Trade Area (AfCFTA).

As this deal comes to a close, Honeywell Group, a leading investment company is setting its sights on the journey of refining and growing its investment portfolio. This will see it consolidate in sectors where it currently operates, such as real estate, energy, financial services, infrastructure. The company also intends to announce more strategic initiatives in the coming months.