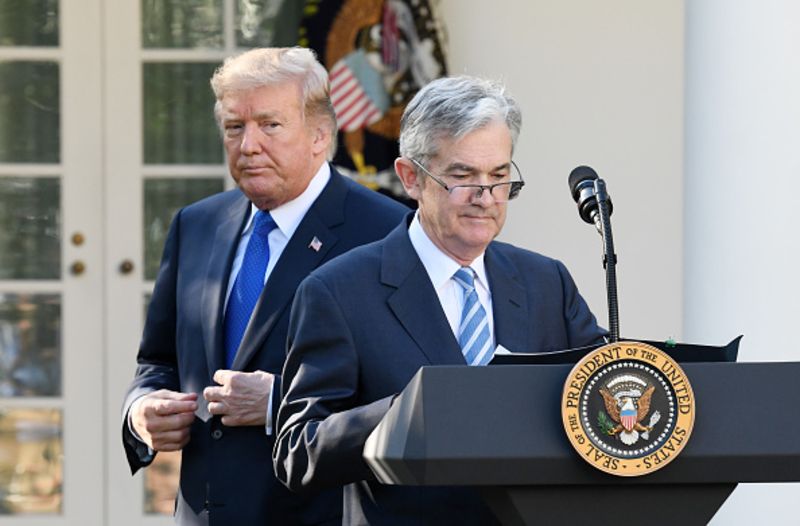 The Federal Reserve on Wednesday said interest rates could remain unchanged for a long time as global risks continue to weigh on economic growth and inflation rate remains muted.

“We don’t see data coming in that suggest that we should move in either direction. They suggest that we should remain patient and let the situation clarify itself over time,” he told a press conference Wednesday after officials slashed their projected interest-rate increases this year to zero from two. “It may be some time before the outlook for jobs and inflation calls clearly for a change in policy.”

Policymakers also announced that the central bank will slow down on balance sheet normalization stating from May, and put an end to it in September. The new policy approach suggests the Federal Reserve is wary of possible global uncertainties that could impact economic outlook and disrupt the ongoing progress in the U.S.

President Trump had accused the Fed of moving too aggressive in terms of the rate policy, saying rising interest rates would impact exports and erode companies profitability. The Fed, however, said its decision was based on economic reality and not political.

Policymakers left the target range of the federal funds rate at 2.25 per cent to 2.5 per cent.

The Federal Reserve Chairman Jerome Powell emphasized the danger of weak global price pressures during his post-meeting press conference, adding that it is ‘one of the major challenges of our time.’ He signalled that falling price gains leave the apex bank room to proceed with caution.

“I don’t feel that we have kind of convincingly achieved our 2 percent mandate in a symmetrical way,” he said. “That gives us the ability to be patient, and not move until we see that our target goals are being achieved.”

The statement caught some Fed watchers by surprise as most experts had predicted at least one rate increase in 2019.

“It was very dovish,” said Stephen Stanley, chief economist at Amherst Pierpont Securities LLC. “It suggests that the Fed has jumped to the conclusion that the weakening we have seen since the start of the year will be more fundamental and more persistent, rather than being temporary crosscurrents.”

The Fed’s report is expected to further boost capital outflow from the U.S. and the rest of developed economies struggling with global uncertainties and slowing economic growth.

Therefore, emerging economies with stable economic fundamentals will profit from the surge in capital outflow from most developed economies as global investors are likely to focus on riskier assets for profit in 2019.

The U.S. 10-year treasury yield dropped to its lowest level in over a year after the report, while dollar declined against other currencies.