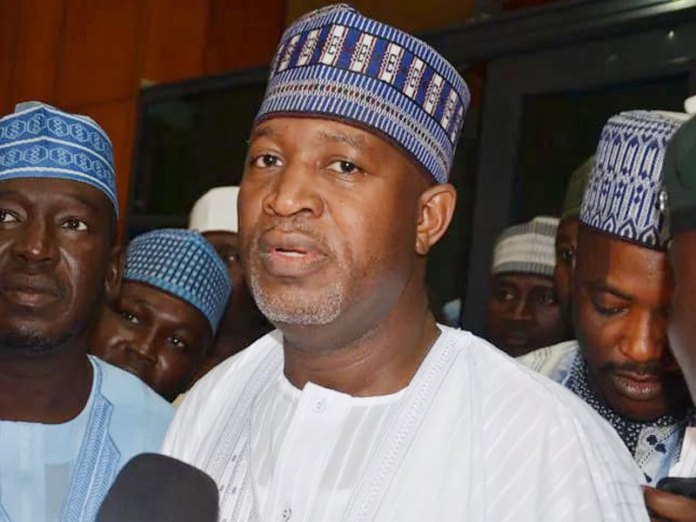 Recently the federal government signed a Bilateral Air Service Agreement (BASA) with the Republic of India in order to deepen flight operations with the Asian country.

This was disclosed by the Minister of State, Aviation, Senator Hadi Sirika through his twitter handle, as plans to reach this partnership had been afoot in the last six months.

While it is necessary to reach this agreement with India because of the increasing volume of trade, the increasing number of Indians doing business in Nigeria and the fact that India has provided succour to many sick Nigerians who could not be treated in the country, there is still apprehension about the agreement; whether like many others signed in the past, it was lopsided against the interest of Nigeria and her airlines.

India benefits most from medical tourism by Nigerians than anywhere in Africa, findings revealed that the major job of some Indian companies in Nigeria is to facilitate medical checks and movement of patients from the country to the world’s second most populated country.

Aviation industry consultant and CEO of Aglo Limited, Tayo Ojuri, said there is a lot of health tourism from Nigeria to India and that a lot of Indians are doing business in Nigeria.

Ojuri added: “Nigeria and India also have large population and market strata. There are some levels of balance of trade between the two countries.”

Sirika however, did not give details of the bilateral agreement in the information he made public but it has to be noted that currently there is no direct flight service between Nigeria and India.

Many Nigerians that travel connect flights in Addis Ababa or in Dubai but the federal government had designated Air Peace to Mumbai and with this agreement it is hoped that Indian carriers would be coming to Nigeria too.

But many industry observers are sceptical that many bilateral agreements entered into by Nigeria are always skewed against the country.

That explained why aviation experts have variously advised the federal government to review its BASA with many countries whose airline operate into Nigeria.

This is critical and sobering when it is considered that that foreign airlines generated revenues from ticket sales of over $3.2 billion in the last two years from Nigeria but no Nigerian airline benefitted from such long-haul operations.

The last time he was in Nigeria, the international aviation consultant, Chairman of African Business Aviation Association (AfBA) and the former Secretary-General of Africa Airlines Association (AFRAA), Nick Fadugba, said most of the BASA agreements signed between Nigeria and other countries are largely tilted against Nigeria and that it would be difficult to begin to renegotiate them.

He, however, said Nigeria should be careful henceforth and ensure that new BASA deals don’t follow the old ways.
“When I look at BASA in Nigeria, it is like we opened the stable door and the horse has gone and to catch it back it is going to be very difficult. We entered into BASA agreements with numerous countries, the principle of BASA is reciprocity and yet we entered into BASA and we are not able to reciprocate,” he said.

So industry operators are demanding that the federal government should make available the details of the agreement it recently signed with India to ensure that Nigeria is not short-changed.

They also stated that Nigeria should ensure that its own airlines benefit from such agreements and not just designating them to foreign destinations, adding, “other governments follow their airlines to do the leg work.”

Ohunayo, said there is no way Nigerian airlines can survive if government does not protect their interest as other countries do; noting that the priority of governments in aviation is to protect their own.

“British Airways has input in all British government’s bilateral, hence they get good slots in other countries, while our own carriers battle Heathrow or Gatwick airport management for slots and space which should have been factored in the BASA agreement Nigeria signed with UK,” he said.

Recently the President of Lagos Chamber of Commerce and Industry, Babatunde Ruwase said the trade volume between Nigeria and India had hit over $20 billion, noting that the trade had brought about strong bilateral relationship.

It is estimated that Nigeria spends about $1.3 billion on overseas medical treatment, including kidney and heart diseases and many of them seek such treatment in India.