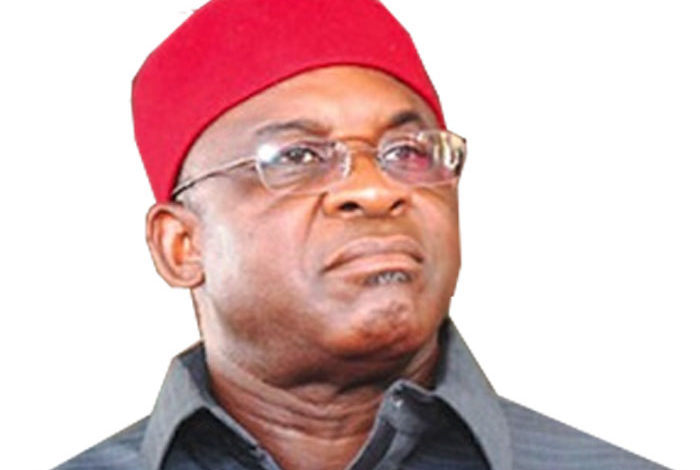 The Federal Government, through its Special Presidential Investigation Panel for Recovery of Public Property, has started investigation into the ownership of some offshore companies allegedly linked to a former President of the Senate, Senator David Mark.

This followed a prior investigation conducted by the National Intelligence Agency in collaboration with the SPIPRPP.

It was gathered that the investigation was informed by the revelation in Panama Papers linking Mark and other top Nigerian former and serving public office holders as well as prominent business and political leaders around the world to some companies and other assets held offshore.

The International Consortium of Investigative Journalists released the Panama Papers containing details of financial and lawyer-client information for hundreds of thousands of offshore entities in May 2016.

A source familiar with Mark’s case told our correspondent that “the former Senate President was invited for questioning by the SPIPRPP in respect of 20 companies in British Virgin Island and other tax havens.”

It was learnt that Mark was originally invited to appear before the panel for questioning on December 11.

The ex-Senate President wrote a letter dated December 11, 2018 to the panel indicating his readiness to appear for the planned probe.

Our correspondent sighted a copy of the letter by a law firm, Kenetch C. Ikonne & Associates, sent on Mark’s behalf to the Chairman of SPIPRPP and Special Assistant to the President on Prosecutions, Mr Okoi Obono-Obla, pleading for the rescheduling of the questioning to December 21.

The letter signed by Mr Ken Ikonne stated that although the invitation letter addressed to the clerk of the National Assembly for onward transmission to Mark, a serving Senator, was dated November 29, 2018, it was only brought to his attention at about 4pm of the same day, December 11, 2018.

The letter dated December 11, 2018, the day he was expected to appear for the interrogation, read in part, “Our client wishes to reiterate his readiness to honour your invitation and make the necessary clarification due to the utmost regard in which he holds your panel.

“However, our client is presently ill and undergoing treatment and has accordingly requested us to apply for a new date to enable him to appear.

“Accordingly, we are, subject, of course, to your overriding convenience, suggesting the December 21 as the new interview date at the suggested venue to enable our client to fully recover from his illness.”

The SPIPRPP is also seeking to recover from the official residence of the Senate President which the panel alleges was acquired in violation of the laws and regulations.

Mark had approached the Federal High Court in Abuja to challenge the planned recovery, insisting that due process was followed in his acquisition of the property located in the Apo Legislative Quarters in Apo, Abuja.