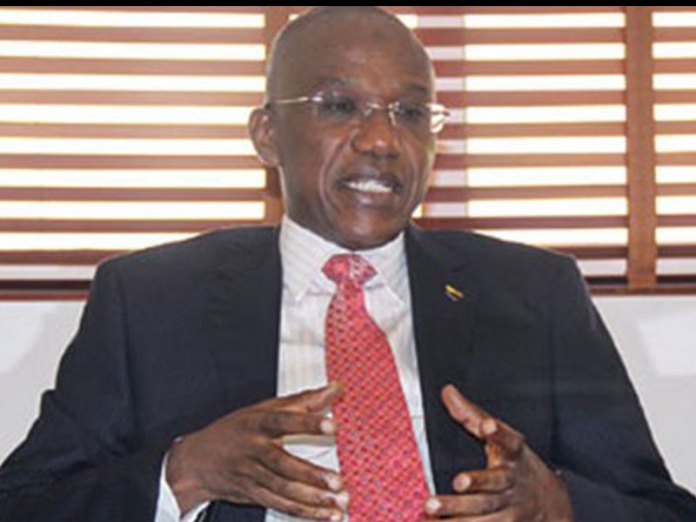 The Managing Director/Chief Executive Officer, Asset Management Corporation of Nigeria, Mr Ahmed Kuru, has pledged the full support of AMCON to its Asset Management Partners in the pursuit to recover 20 per cent or N740bn of the total Eligible Bank Assets of AMCON portfolio of N3.7tn in the hands of debtors.

In a statement, he said this in Lagos during the 2018 edition of the AMCON/AMPs Feedback Session.

According to the statement, the AMPs are firms AMCON engaged in 2016 to complement its recovery efforts as part of its renewed strategy to resolve some 6,000 accounts within accounts in its portfolio.

The AMCON boss who was represented at the event by the Group Head of Enforcements, AMCON, Mr Aliyu Kalgo, while declaring the two-day event open, said the corporation placed equal importance on the ability of the partners to recover the outsourced accounts because their efforts counted towards the achievement of AMCON’s core mandate.

He added that the APMs had to discharge their assignments within the defined rules of engagement as stipulated by the AMCON Act and as seasoned professionals.

Kuru stated, “It is a well-known fact that AMCON has a unique and limited mandate; therefore, AMCON must maximise every opportunity to state its cases with the highest quality of representation, which was why we came up with the AMP programme that have been of tremendous development in our efforts to recover debts owed the country by a few individuals who have over the years remained recalcitrant.

“We are very grateful for all the AMPs who work with us towards achieving our recovery mandate. We are mindful of the enormous responsibility placed on you in this regard.”

On the plans of AMCON to ensure that AMPs experience a hitch-free recovery processes, Kuru added that these debts, when recovered would go a long way in boosting the economy of Nigeria.

He stated, “We will continue to emphasise the need for more diligence even as we continue to partner with you. In the future, we will enlist AMPs who have made significant recoveries as part of the facilitators for similar events so that they will share some insights and critical success factors with us as well as their colleagues.

“If the recovery process was easy and straight forward, we would not have engaged you in the first instance. We therefore recognise the fact that it is a challenging assignment and that is why we selected you. We promise to be with you all through the hardship and together we shall succeed.”

Also addressing the participants, Mr. Chuka Agbu, SAN, urged the AMPs to explore and apply the special powers as provided by the AMCON Act in their pursuit of these recalcitrant debtors of the corporation. The legal luminary further advised the AMPs to leverage on the major provisions of the AMCON Act such as bankruptcy, receivership, asset tracing among others in their quest to track down the obligors and eventually compel them to repay their obligations.

The DCM has continued to witness significant activity among corporates seeking a viable avenue to raise capital to meet their financing needs.

According to the FMDQ, the registration of the CP programme strategically positions Parthian Partners Limited to raise short-term finance from the DCM with speed at a time in the future when it determines suitable, through CP issues within the CP Programme limit.

FMDQ said in support of the growth and revitalisation of the Nigerian economy, it championed the resuscitation of the CP market to provide corporate and commercial businesses with the opportunity to meet their short-term funding requirements, whilst building their profiles within the Nigerian DCM.

“In addition to its commendable and efficient registration process, FMDQ Exchange, through its quotation service, will provide stakeholders and market participants with credible and real-time information as part of the exchange’s commitment to facilitate transparency in the fixed income market space,” it said.

Meanwhile, trading in the equities market closed in the green yesterday following buying interest in Zenith Bank Plc (+4.8 per cent), Flour Mills of Nigeria Plc (+6.2 per cent) and Guaranty Trust Bank Plc(+0.8 per cent). As a result, the Nigerian Stock Exchange (NSE) All-Share Index (ASI) appreciated by 0.03 per cent to close at 40,164.86.